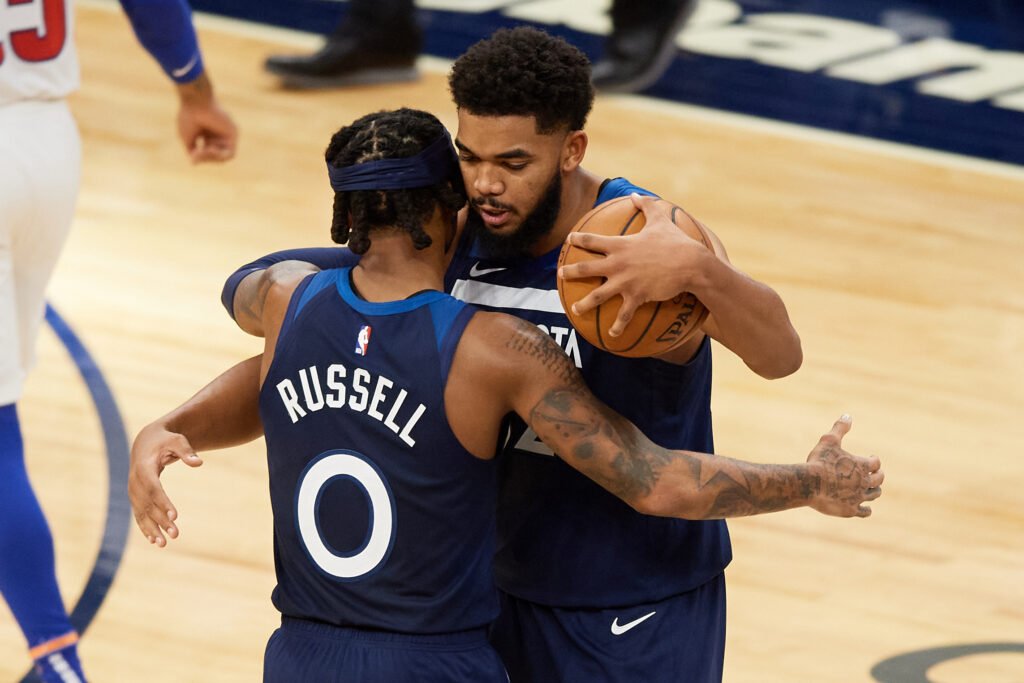 Out of all the teams currently struggling their way through the 2020-21 NBA season, there are arguably few teams that have had as rough a time as the Minnesota Timberwolves have. With a disappointing start to the current season weighing heavy upon the Wolves, NBA fans and analysts are already predicting this to be the worst season in the professional history of the franchise.

But has this season been as bad as some commentators are making it out to be? And if so, how did it go downhill so quickly for the Wolves?

A string of disappointments

Despite some rather lackluster performances in the previous year, things were not necessarily looking gloomy for the Wolves going into the 2020-21 season. In fact, there was a decent amount of hype behind the Timberwolves, all things considered.

In this regard, the Timberwolves had the benefit of some prime draft picks, with Karl-Anthony Towns and D’Angelo Russell looking like promising additions to the roster. Similarly, the first-overall draft pick of Anthony Edwards, Malik Beasley and Ricky Rubio looked set to give the ailing Timberwolves a much-needed injection of talent. With two wins – albeit hard-fought – under their belt, there was an air of hope in the air for the Wolves.

After these wins, however, things started to go south for the Minnesota Timberwolves. The promise of Karl-Anthony Towns was suddenly cut short when he suffered a wrist injury – a roster hit that was compounded when he subsequently tested positive for Covid-19 a mere two games after his return to the court. This turn of events saw him missing a total of 17 of the first 21 games of the season.

More widespread roster damage was suffered when other members of the team were also struck by Covid-19. Of the new draft additions this year, only Edwards and Beasley have managed to start every game so far this season.

This roster damage has been reflected in the performances the Timberwolves have been putting in so far this year. With a number of late-stage blowouts being suffered in games, Wolves fans have been put through the wringer this season! With all that said, the Timberwolves have earned themselves the third-worst record in the league, as well as the worst point differential.

For this reason, even the most hardened Wolves fans are beginning to seriously reflect on whether this season, which started out with so much promise, is the worst in the team’s history.

As an apt reflection of this dour mood, we have seen several sportsbook announcements being made like Bally, which indicate betting fans don’t hold out much hope for the Wolves going forward. While sports betting announcements aren’t the only source of information you should listen to, they do tend to give a good insight into the sentiment of bettors.

Putting the 2020-21 season in context: a history of failure?

With the promise of the pre-season far behind them, analysts, fans and concerned observers have begun to reflect on the past, present and future of the Timberwolves.

With a current record of 5-16 in the current season, things aren’t looking too good for the Wolves. But how does this compare to their historical record?

Looking back on previous efforts, the Minnesota Timberwolves have started with a 3-17 record four times across 32 seasons. Additionally, they have started twice at 4-16, and prior to the recent loss that put them at 5-16, the Wolves had previously started at 5-15 on three occasions.

We can see, then, that their current performance isn’t necessarily a historical anomaly, although a number of these performances have to be balanced with the fact that they occurred pre-1995, when the Timberwolves were still a relatively young franchise.

Similarly, while the 2020-21 season certainly looks on par with some of their previous uninspiring season performances, we need to keep in mind that 2020-21 has been no ordinary season. The Covid-19 pandemic has thrown the NBA into a state of chaos, and with player absences a real possibility every time test results get released, it would be unfair to blame the Wolves as a whole for something that is so far beyond their control.

With all that said, does this change our perception of the current team?

The answer to this is both yes and no. While the kind of performances the Wolves are putting in this season are not necessarily anything out of the ordinary, we also need to recognize the difficulties all NBA teams are currently experiencing. With so much still to play for this season in 2021, how 2020-21 will fit into the broader history of the Wolves franchise remains to be seen.