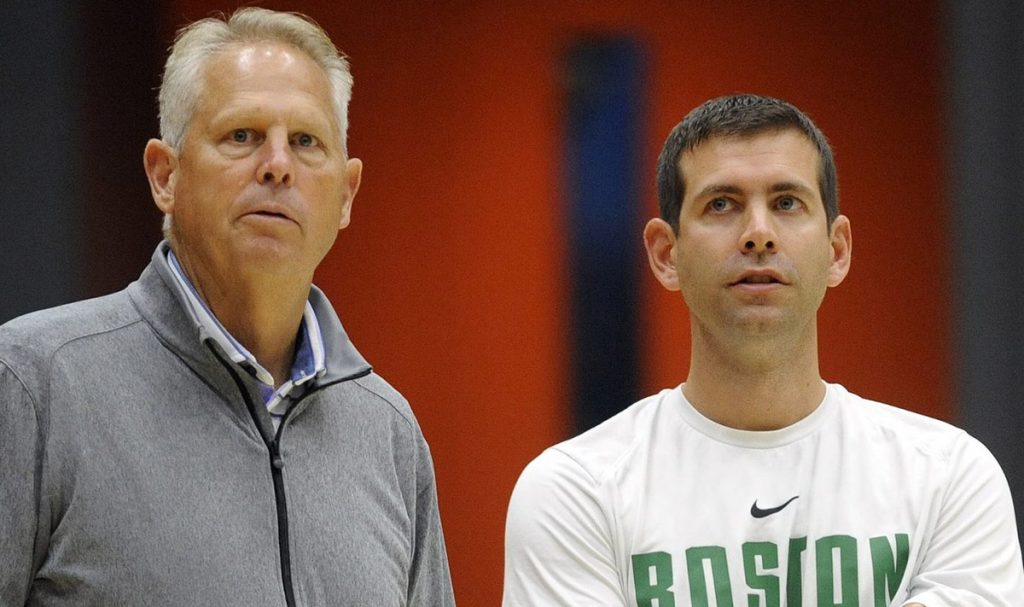 After losing five of their past seven games, something just isn’t working for the Boston Celtics. Here are three potential NBA Trade Deadline moves to help boost their chances at an extended playoff run.

Trade for Aaron Gordon
Orlando Magic power forward Aaron Gordon has officially requested a trade. With a 14-28 record, Orlando’s postseason chances are close to zero, and it seems he can’t handle missing the playoffs for yet another year. Although Boston hasn’t been the best recently, a few additions can bring them back to contention. Gordon could fill a big hole at the power forward position, and would be a great surrounding cast member for NBA All-Stars, Jayson Tatum and Jaylen Brown. Plus, the Celtics happen to be the shortest team in the league, and at 6’8″ and 258 pounds, Gordon would help bring some size to the roster. Even if it takes multiple first round picks, a trade for Aaron Gordon is a smart move for Danny Ainge.

Sign DeMarcus Cousins
It’s been a month since the Houston Rockets waived DeMarcus Cousins, but he still has yet to find himself on a roster. There were rumors of the Celtics having interest, along with a couple other teams, but the reports have since died down. Have people forgotten about Boogie Cousins? Well, here I am to remind you that he is still a free agent, and Boston should make a push for him sooner than later. The Cs need to look for a center (I’m sorry, Tacko Fall just isn’t cutting it), and Cousins could be the guy they’re looking for. Aside from the fact that he’s 6’10”, 270 pounds, Cousins has spent almost 11 years in the league, and has plenty of experience to help their younger guys thrive. The best part is, Boston wouldn’t have to give anything up since he’s a free agent, and he could help fill an Al Horford-sized void in the Celtics lineup.

Trade for John Collins
Selected in the same draft as Jayson Tatum, John Collins would be a good young addition to the Celtics roster. He averages 18.2 points (ranked 42nd), 7.8 rebounds (ranked 24th), 1.1 blocks per game, and also sports an impressive 20.35 PER. Collins also stands at 6’10” and weighs 235 pounds – what more could you want in a power forward? As the Atlanta Hawks have shown interest in Celtics shooting guard Marcus Smart, a trade revolved around the two could be the right move. Whether they throw in some picks, or some players to go with the transaction, a trade for Collins is absolutely worth it, and Danny Ainge should get some discussions going with the Hawks front office.

One move that is not an option in this situation is to do nothing. This team is going nowhere if nothing is done. Ainge and Brad Stevens are on the hot seat here after plateauing at the Eastern Conference Finals, of which the Celtics have made in three of the last four seasons, but just have not been able to give that final push to get to the NBA Finals. To paraphrase a saying credited to Albert Einstein – if the Celtics keep doing the same things and expect different results, well, that insanity need to stop and something different needs to happen to get the same result the Celtics have celebrated 17 times before.