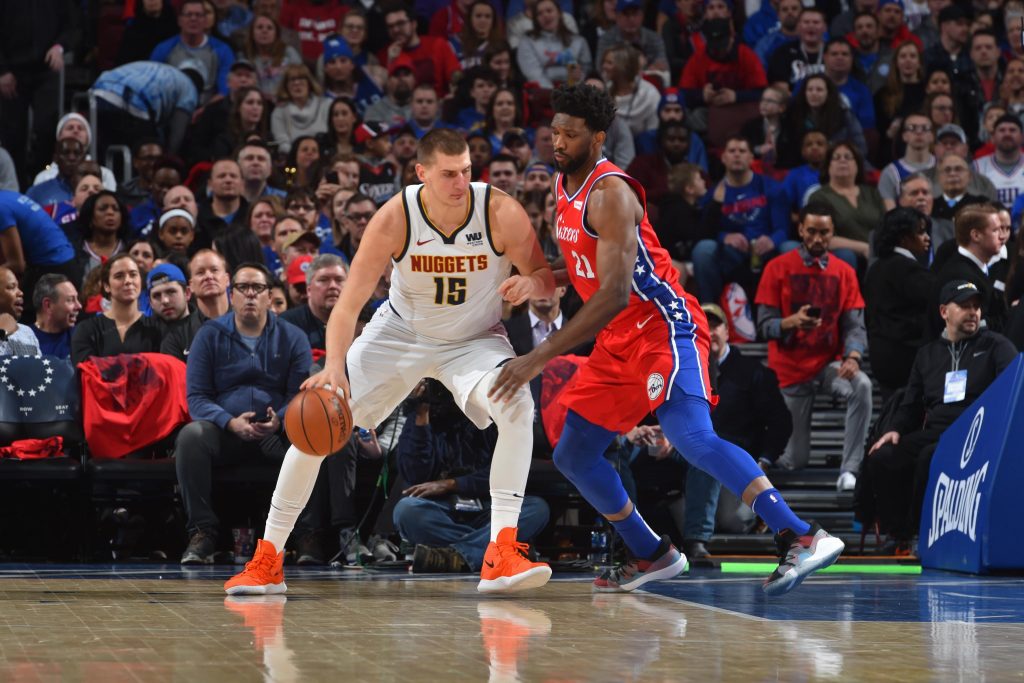 Time passes as fast as the action on the court plays out, and already we’re into the second half of the NBA season. The stars have returned fresh from the recent NBA All-Star break, following a thrilling All-Star game between Team Durant and Team LeBron, which ended with LeBron’s team winning 170-150.

NBA superstar Giannis Antetokounmpo received the All-Star game Most Valuable Player (MVP) Award, after shooting 16-for-16, earning his team 35 points. This post looks at who could be the 2020-21 regular season MVP, what players have to do to earn the prestigious award, and how you can place a bet on potential MVPs if you wish to.

How do players win the award?

The award is for the best performing player of the regular NBA season, so the rules are straightforward: you’ve got to play consistently out of your skin.

A panel of journalists and broadcasters vote from a selection of five players, voting them from first to fifth, with a vote for first being worth 10 points and a vote for fifth being one. The player that has the most points from the voting wins.

Every player who wins the award increases their chances to go into the Naismith Memorial Basketball Hall of Fame. Current back-to-back MVP holder, the aforementioned Milwaukee Bucks forward, Giannis Antetokounmpo, is building a strong case for himself to be enshrined.

As always, we’re seeing some cast-iron performances on the court this season and the panelists will have their work cut out for them. Below are some of the main contenders to be collecting the award at the end of this season.

Joel Embiid, C, Philadelphia 76ers
Embiid has taken five years of his professional career to do it, but he’s finally caught up to being one of the top MVP contenders. Embiid has shown flashes of dominance, but he’s struggled previously with endurance and had a habit of failing to rise to the occasion in big games. He’s currently out due to injury, but still shouldn’t be discarded as a possibility. Embiid was dominating more and averaged about 30 points per game. He’s starting to remind people of the basketball greats.

LeBron James, F, Los Angeles Lakers
It wouldn’t be an MVP race if LeBron James weren’t in it. The best player in the world, who has been the most dominant player in the NBA almost his entire career, is one of the key drivers of the Lakers’ success. Now at 36, he is getting older, but he’s still one of the best in the league whenever he touches the floor. At this point, he won’t be doing that due to a high ankle sprain, but he’s done enough to warrant consideration. Plus, LeBron is as durable as they come and will be lacing them up sooner rather than later.

Giannis Antetokounmpo, F, Milwaukee Bucks
The forward is the reigning MVP and has won the award the last two seasons, making him a naturally strong contender. Since he’s now gunning for a third consecutive season’s MVP, the pressure is on. Some observers have noticed something of a consistent pattern in the way the Bucks play, and that’s namely that Antetokounmpo doesn’t spend much time on the court, but puts in a major performance during the short time he’s out there. Others have noticed that Antetokounmpo has become more efficient in the last two seasons and feel this could be a factor in determining the outcome of games, and maybe even this award for the third straight season.

Nikola Jokić, C, Denver Nuggets
The Denver Nuggets’ Serbian center is another player who has been coming on strong for the MVP award, and is arguably the leading contender at this point. Jokić is the type of player who can turn a team’s fortunes around, and he has along with other star player, Jamal Murray. Jokić is a walking triple-double and always fills in the box score, being deceptively and highly effective when you consider he’s a big man with a point guard’s vision. He should be a steady MVP candidate for the foreseeable future.

Predicting who will be the season’s MVP is a popular activity when it comes to betting. Bookmakers are already publishing their odds on who they think this season’s MVP could be, which means you can start placing your own bets at Draftkings’ NBA lines – you can bet not just on the MVP, but also on awards such as Most Improved Player, Rookie of the Year, and Defensive Player of the Year.

The panelists will have a job on their hands, with the players above delivering some powerful performances on the court. Honorable mentions should also go to Kawhi Leonard, James Harden, Donovan Mitchell, and Luka Dončić, who have also been putting in performances that will have made voters sit up and take notice. No matter who takes the award, however, there will always be one clear winner: the legion of fans who follow the NBA and see the Association deliver value day after day with high-octane games.