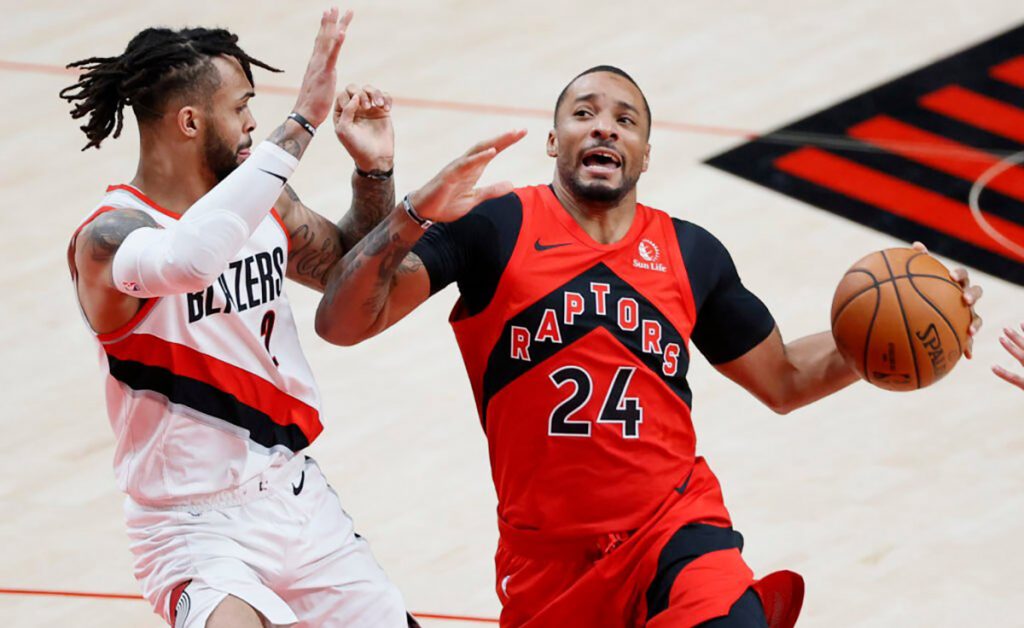 The NBA trade deadline is always a harried and hurried day as teams attempt to get better in anticipation of the upcoming NBA playoffs or to go the longer view route, acquiring young players that may be projects or just need a change of scenery, or draft capital. Rumors have been flying around for weeks about this NBA player or that NBA player, and while some speculation came to fruition, others proved to be unsubstantiated guesses.

This all culminated in a series of trades that saw Western Conference contenders get stronger, ready to pounce on the defending champion, Los Angeles Lakers. Below are the grades for each team involved in a transaction on the last day of trading. Note that grades are relative to the specific deal and not relative to all the deals that went down. Current personnel, level of player expected/needed for the team, and fit are also considered in the grading.

DALLAS MAVERICKS
Acquired: JJ Redick, Nicolo Melli from New Orleans Pelicans
Sent: James Johnson, Wes Iwundu, 2021 second-round pick to New Orleans Pelicans
The Mavericks definitely could use another shooter, and Redick is one of the best. He had a slow start, overall, to the season, but has been lighting it up from three in February and March at a 46 percent clip. He is coming off a heel injury, and isn’t a spring chicken anymore. If he can remain healthy, he’ll be impactful off the bench. Johnson, Iwundu fell out of the rotation, so their loss isn’t big. If the Mavs can move into a top-six seed, the second rounder should be in the lower end of the round.
Grade: B

DENVER NUGGETS
Acquired: Aaron Gordon, Gary Clark from Orlando Magic; JaVale McGee from Cleveland Cavaliers
Sent: Gary Harris, RJ Hampton, protected 2025 first-round pick to Orlando Magic; Isaiah Hartenstein, two second-round picks (protected 2023, unprotected 2027) to Cleveland Cavaliers
The Nuggets starting five just got a lot stronger. Joining a core three of Jamal Murray, Nikola Jokic, and Michael Porter Jr – all of whom can shoot – will allow Gordon to do what he does better, screen and roll. The Magic, tried to use Gordon as the ball handler in screens, but it wasn’t too effective. In Denver, Gordon should be able to get a lot of opportunities at the basket. And if his improvement from three isn’t an anomaly, that Denver offense will be humming. Plus, add in Gordon’s ability to defend, particularly the Kawhi Leonard and LeBron James type of forwards, this is a great addition for the Nuggs. Getting McGee as a back-up for Jokic is another significant get.
Grade: A+

GOLDEN STATE WARRIORS
Acquired: Rights to Cady Lalanne from San Antonio Spurs; Cash from Charlotte Hornets
Sent: Marquese Chriss and cash to San Antonio Spurs; Brad Wanamaker to Charlotte Hornets
These moves were all about the heavy tax bill the Dubs will be due to pay. By trading away Wanamaker they should save about $11 million. They seem to be in limbo on whether or not they should make a run for the playoffs or not, considering all of the injuries they’ve had again. So, activity-wise, this just made financial sense.
Grade: C

HOUSTON ROCKETS
Acquired: Avery Bradley, Kelly Olynyk, 2022 first-round swap rights from Miami Heat
Sent: Victor Oladipo to Miami Heat
Oladipo was likely leaving the Rockets during the offseason to Miami, so getting anything, I guess, was better than nothing. The Heat will have to have a bad year next season for the swap to mean anything. I wonder if it would have just been smarter for the Rockets to keep Caris LeVert in the James Harden trade instead of trading him for Oladipo. Maybe they didn’t want the two extra years on LeVert’s contract?
Grade: C+

LOS ANGELES CLIPPERS
Acquired: Rajon Rondo from Atlanta Hawks
Sent: Lou Williams, two future second-round picks to Atlanta Hawks
They finally have a real facilitator at the point guard position in Rondo; the Clips are really hoping that “Playoff Rondo” is an actual thing for them as well because that would push them into the NBA Finals. They do give up some firepower and swag in Lou Williams, but it may be worth the price. The two second-round picks might have been an overpay, but it may be worth it.
Grade: B+

NEW ORLEANS PELICANS
Acquired: James Johnson, Wes Iwundu, 2021 second-round pick from Dallas Mavericks
Sent: JJ Redick, Nicolo Melli to Dallas Mavericks
The general thinking was that the Pelicans would buy out Redick after the trade deadline passed, but the Pels were able to find a buyer in the Mavericks. Getting a second rounder for a player that fell out of the rotation because of Nickeil Alexander-Walker and Kira Lewis Jr., as well as injury, is a nice little get for New Orleans.
Grade: B

OKLAHOMA CITY THUNDER
Acquired: Tony Bradley, two second-round picks (2025, 2026) from Philadelphia 76ers; Austin Rivers from New York Knicks
Sent: George Hill to Philadelphia 76ers, Terrance Ferguson to New York Knicks
The Thunder acquired even more draft picks to put into their treasure trove of draft picks. Sam Presti is a like a dragon just hoarding all of these picks. Hill didn’t play much in OKC, but when he did, he was effective (16.1 PER). With no prospects of making the playoffs, it was a nice move by the Thunder to move Hill to a contender. Bradley might get some run, but with Moses Brown doing well, there is likely only room for one young center to back up Al Horford, whom I’m surprised didn’t get move considering the Thunder are rebuilding.
Grade: B+

PORTLAND TRAIL BLAZERS
Acquired: Norman Powell from Toronto Raptors
Sent: Gary Trent Jr., Rodney Hood to Toronto Raptors
The Blazers basically get an advanced version of Trent Jr. as they are essentially the same player. Where Powell excels over Trent, however, is in perimeter defense. He won’t have as big of an offensive role with Damian Lillard and CJ McCollum on the Blazers as he did with the Raptors, but he’ll likely get a lot more open shots. Losing Trent Jr., who is younger, hurts a bit for someone who might be a rental.
Grade: B+

SACRAMENTO KINGS
Acquired: Moe Harkless, Chris Silva from Miami Heat; Delon Wright from Detroit Pistons; Terence Davis from Toronto Raptors
Sent: Nemanja Bjelica to Miami Heat; Cory Joseph, 2021 second-round pick (via LAL) and 2024 second-round pick to Detroit Pistons; future second-round pick to Toronto Raptors
Wright is an upgrade from Joseph as the former can hit from three and is a bigger, more effective defender that can guard multiple positions on the perimeter. He’ll also be a cheaper contract next season ($8.5 million) relative to Joseph ($12.6 million or essentially a $2.4 buyout from guarantees). Losing Bjelica stinks because he was effective offensively as a space creator from the 4 spot, but the Kings need to play Bagley III as much as possible when he’s healthy.
Grade: B

UTAH JAZZ
Acquired: Matt Thomas from Toronto Raptors
Sent: 2021 second-round pick (GSW) to Toronto Raptors
Thomas provides another shooter from deep (career 46 percent from three) for the Jazz, but they add a salary to their tax bill and also gave up a draft pick to get him. Is Thomas worth it, especially if he can’t play defense? Questionable at best.
Grade: C-