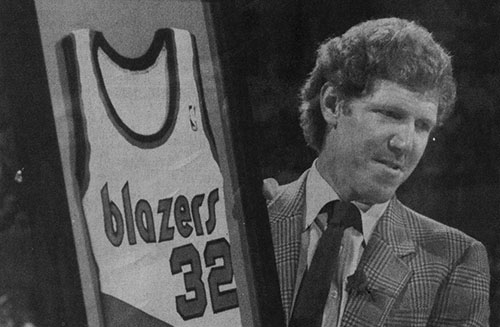 The BMF 3-on-3 is a weekly throwdown between three members of the Baller Mind Frame team answering three questions! Editor-in-Chief, Dennis Velasco, will moderate every week.

This week, Steven Covella and Evan Turissini join DV to talk about a hot topic in sports right now – PEDs.

1) Should certain PEDs be allowed in the NBA? For example, HGH is currently not illegal to use… should it be as NBA Commissioner-to-be Adam Silver wants?

Covella: It depends on what kind of stance the league wants to take on PEDs. Some would argue that there shouldn’t be a restriction on use of legal drugs. However, if Silver wants the NBA to take a stance against PEDs like HGH, then he shouldn’t take half measures by being selective when choosing which PEDs to ban. Drawing a blurry line in the sand would open up the league’s policy to a lot of debate. If some PEDs are outlawed, all of them should be, otherwise players should be allowed to put whatever they want into their bodies within the parameters of the law.

Turissini: First, HGH is a banned performance enhancer, they’re just not testing for it yet. The NBA has a notoriously weak PED testing system, they rely on solely urine samples to determine the PED usage of their athletes. Adam Silver is now suggesting the use of blood samples, which is really a no-brainer, but also incredibly worrisome about who could end up on this damning list that could come out.

Velasco: Great point by Evan. The question was framed wrong, but essentially, the NBA should have a well-defined outline of what is banned and then actually execute properly in its testing. Major League Baseball should be a precedent for what happens when PEDs seemingly run rampant in a sport and brings into question the integrity of it. However, like when comparing who the best player of all-time is, one has to take into account “eras” and how things are all relative. Can we blame today’s player for having better access to legal medicine or supplements or the like, as well as a larger and more trained base of knowledge in biomechanics, for example? No, we can’t. However, establishing a PED rule on what exactly constitutes a PED and following through on its testing should help stem any similar argument in basketball of whether or not Barry Bonds owning the home run record is a disgrace for the sport.

2) If Kobe Bryant plays several more years thanks to PEDs or PEPs (performance enhancing procedures, such as regenokine) and climbs up the ladder in several statistical categories, particularly passing Michael Jordan as the third greatest scorer in NBA history, does it taint Kobe’s legacy in any way?

Covella: If Bryant hasn’t done anything illegal or against league policy, then no one should bat an eye. The NBA may be the most lax American professional sports league when it comes to enforcing punishment for PEDs. Maximizing the advantage gained by available resources shouldn’t be held against Bryant if it’s within the confines of the game at that time. Plus, while he didn’t have a procedure like regenokine available to him, do you really think Jordan didn’t or wouldn’t do whatever he could to finish the season holding the Larry O’Brien trophy? If so, as David Stern would say, I have a bridge I’d like to sell you.

Turissini: Only if any of them are illegal. The rules that are in the book are the rules that you must play by. Anything outside that is shrewd but entirely fine. Anyone who complains about legal PEDs is like that guy who whines about the hammer in Super Smash Bros. after you kill him with Kirby: it’s part of the game, so you have to deal with it. Hopefully though, Adam Silver can be able to cut a clearer line on the issue of PEDs. Also, Kobe undertook Olympic drug testing (by far the most stringent PED test available) a year ago for London, so if he’s doping, it’s only been for the past twelve months.

Velasco: If I were a Lakers fan, I’d say, “Awwwwwww, hell no!” As a fan of the game, the simple answer is no, contingent on if anything illegal was used. However, considering how soft the NBA is with this stuff, we’ll never know. And, frankly, it wouldn’t matter at this point since Kobe is clearly in the twilight of his career and probably won’t be re-signed by the Lakers after this season… just kidding. I like imagining all the Lakers fans in unison saying, “Awwwwwww, hell no!” while at the same time thinking of burning my effigy for my sacrilege.

3) Which player in the past would have benefited from today’s advances in medicine?

Covella: Bill Walton may be considered one of the best centers in the history of the game if not for crippling injuries to his foot. As someone with a degree in American Literature, I’m not the best to say whether or not there’s some specific medical advancement available today that would have fixed Walton’s woes, but if modern procedures could, Walton would be the biggest benefactor in the game’s history. He’s considered by many to have been the greatest college player ever after an illustrious career at UCLA. In 1977, just his third year in the league, Walton led the Trail Blazers to a championship victory after averaging 18.6 points, 14.4 rebounds and 3.8 assists throughout the regular season. His career was derailed by injuries soon after, though; he averaged only 46.8 games a season throughout his career and in the four years following his championship run, he missed three entire seasons. Maybe he would be like Greg Oden, a terminal victim of the injury bug, but if not, we’d think about the history of NBA centers differently.

Turissini: Bill Walton is the first to come to mind. Fun drinking game: read aloud Bill Walton’s wikipedia page and drink every time you see a form of the word “injury,” “surgery,” or a body part below the hip. You’ll be dead before you hit the “personal life” section. Same goes for Ralph Sampson. Thirty years ago, there is no way Greg Oden or Andrew Bynum would still be playing today. I don’t even know how they are still playing WITH today’s advances in medicine.

Velasco: Yup, Bill Walton for all the reasons mentioned by Steven and Evan. Look at me being lazy. Maybe I need to inject myself with a writing PED.