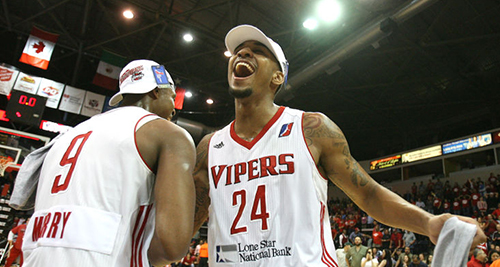 The Orlando Magic are looking to establish their own D-League affiliate. Currently, the Magic share a team, the Fort Wayne Mad Ants, with five other NBA franchises. The general growth of the D-league, especially in the past couple of years, has been intriguing. Even more interesting would be to see the D-League’s growth reach a place where every NBA team owns a D-League affiliate. As the one-and-done era is upon us, a solution for restoring the integrity of the college game needs to be made. While many ideas have been tossed around, a creative way to solve the problem is through a growth in the role of the D-League.

With every NBA team establishing its own NBA D-League affiliate, a system similar to that of baseball with their minor league teams could be put into place. How could this solve the college basketball issue? The NBA could construct a rule that allows players to forgo college and enter the draft if they so choose. Teams would then develop their younger players in the D-League affiliate until they are ready to be “called up,” so to speak. Instead of players dedicating a year to the D-League and then entering the draft, similar to Glen Rice, Jr. this year, players will be drafted and play on that team’s D-League affiliate until they are ready to play with the big boys.

An addition to this theory is the expansion of the draft. If teams are not only drafting for the major league ball clubs, but also for their D-League affiliates, it seems suitable for the draft to be expanded to a third or fourth round. This way teams have much more flexibility with their players at various stages of their development. More comparisons to baseball could be made with farm system references and even All-Star-caliber players being dealt for “prospects.” Organizations will be given a whole new dimension to the way they do business and create opportunities for rebuilding.

The college game benefits because it will no longer be littered with athletes with no intentions of staying in school past freshman year. At the same time, those who decide to bypass college but are not quite ready to compete with NBA talent have the option of entering the draft and working up the ranks through the D-League. Additionally, players coming back from injury could test themselves in a D-League match before making their official return. Brandon Jennings is an example of a guy who decided to forgo college to play professionally overseas for the mandatory year away from high school before entering the league. Why not provide this option within the U.S.?

It will take a lot of time and effort to install a league-wide program like this, but the benefits are prevalent, from the NBA level to the college ranks. It would be nice to see David Stern and Adam Silver build a systematic integration of this idea for the NBA in the coming years.