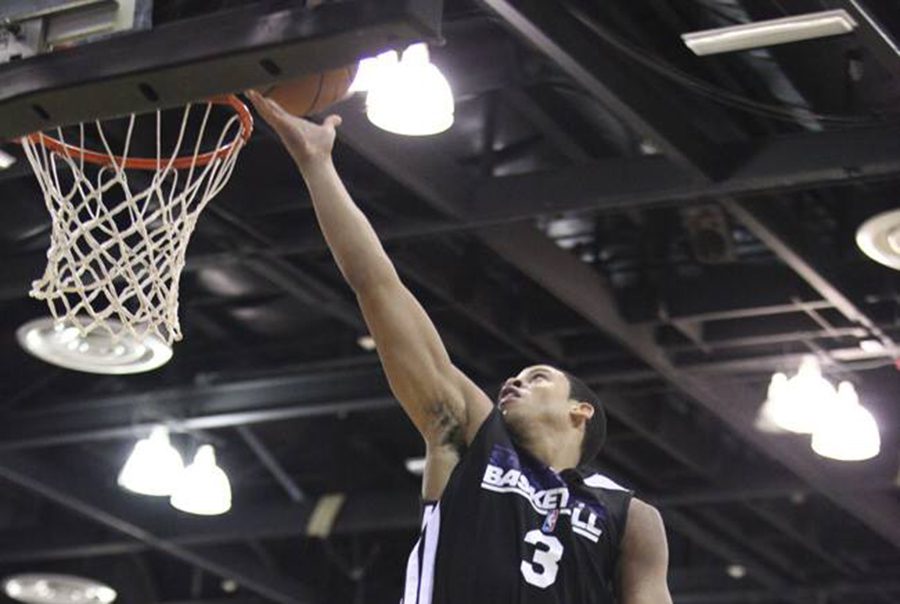 Typically, the rookie wall comes as a natural occurrence midway through a player’s first season. Whether or not they adjust to the professional game, it’s almost always there, waiting for them. For some, it’s further off in the distance; others run into it sooner. The rare ones manage to avoid it altogether. More frustrating than those rookies who walk down their path only to find that obstacle in their way (fatigue, defenders catching up to you, you losing someone on defense, etc.) is the player who has walls erected around him.

Just over a year into his career, Ray McCallum, like most young players, has hit the rookie wall. More accurately, though, it could be said that the wall – this one artificially constructed – hit him.

McCallum played the role of a redshirt scholar for most of his rookie season, dabbling in the D-League and getting used to the end of the Sacramento Kings’ bench. That in itself is not much different from the experiences of many second round draft picks, but McCallum’s time on the bench seemed a little drawn out in Sacramento.

By January, the Kings were without a reliable backup point guard, and were routinely playing Isaiah Thomas over 40 minutes. From the time he took over as the starter to when he was injured, Thomas averaged about 38 minutes per game. Meanwhile, McCallum was often overlooked for Rudy Gay, who was given ball-handling responsibilities when Thomas needed a breather. The rookie (and fans) got teased occasionally when Mike Malone would throw him in with less than a minute left in either half, or late in garbage time. McCallum didn’t start getting over 10 minutes a night consistently until mid-February. It took an injury to Thomas a month later for McCallum to get his chance to shine.

McCallum was put through a trial by fire and coolly passed every test. He played multiple 48-minute games, limited turnovers, and corrected course on the fly. The Kings finished the season with an expectedly poor record, but also a surprise 2013 NBA Draft day steal. It seemed as though they had their backup point guard position solidified, regardless of what would be done about Thomas’ expiring contract.

Then the offseason came, and Sacramento’s front office refused to sit on its hands, cutting ties with Thomas in favor of Darren Collison. The move was questionable, but the team was set at point either way.

And then, weeks before the preseason, the Kings made the surprising (and, again, questionable) signing of Ramon Sessions. Sacramento found a diamond in the rough the prior season, with McCallum – picked 36th overall – projecting as a legitimate rotation player, but seemingly tossed it to the side. Collison just got signed to start, so there was no question there, and why sign Sessions if not to play him? McCallum was at the bottom of the depth chart before the 2014-15 NBA season even started.

So far, the returns on the Sessions investment have been little, if any.

The Kings were looking for a ball handler when they signed Sessions, but he turns the ball over nearly 20 percent of the time he touches it. Sessions is the floor general of Sacramento’s second unit, and makes poor decisions more often than he doesn’t. One of the best outcomes for a possession that starts with Sessions is him dishing the ball to someone else at the top of the key, early in the shotclock.

His go-to move is to drive out of control at a group of defenders, leave his feet and hope he gets fouled. Sessions’ game has its peaks and valleys like anyone else’s, but the highs aren’t high, and the lows are low. Sometimes, his methods work and he makes a handful of trips to the free-throw line, but other times it ends with him on the ground as the team gets out on the run, or with some perplexing turnover.

As a rookie, McCallum showed more control with the ball in his hands than the eight-year veteran has this season, which justifies the question: Why is Sessions getting the nod at backup?

Even if you think Sessions is playing a little better than McCallum (in what few minutes we’ve seen out of him this season) it would not worth it to play Sessions over his younger teammate. By sitting on the bench, McCallum’s growth is being stunted, and for what?

At worst, McCallum could give the Kings better defense than Sessions, and just as disjointed offense. From what we’ve seen of McCallum, it’s reasonable to say he could deliver a higher level of play than the low bar Sessions has set this season.

Besides, Sacramento is already winning in spite of its sketchy second unit – led by Sessions – so if McCallum somehow flopped, the Kings would just be back where they are now.

Despite changing management in 2013, the Kings have a recent history of doing this with young point guards. Thomas went through it every year he was in Sacramento until he got fed up with it, and bolted for the Phoenix Suns.

McCallum got the rookie wall placed in front of him last year when he was made to toil on the bench, and this year, even though he’s in his second season, it’s like he’s getting blocked by that same artificial wall all over again.

With a small shift of the lineups, Malone can break down the barriers with which he’s boxed in the young guard.

Do it. Free Ray McCallum.