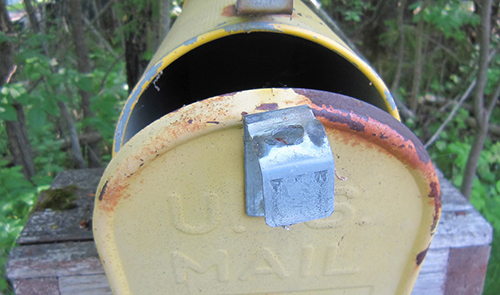 The first show of the season had the social media world abuzz, because Thomas pinpointed Karl Malone and his free-throw shooting as the “weakest link” in the Utah Jazz’s inability to win a championship in 1997.

This sounded absurd for Thomas to say now. However, I looked into the numbers, and he has a valid case.

Specifically, Game 5 in Utah. The series was tied 2-2 with the Jazz having won the two previous home games, (Finals 2-3-2 format). The Jazz lost Game 5, 90-88. The Mailman played a horrible fourth quarter, missing several fade-away jumpers, including an air-ball from the top of the key with 1:04 left in the game. He had a crucial mental lapse in which he failed to foul Scottie Pippen with 15.2 seconds left in the game after a made basket. Utah was down by one point, and because he did not foul Pippen, it led to an additional nine seconds off the clock and an uncontested dunk by Luc Longley—Bulls up by three. Big players step up in big games—Michael Jordan finished with 38 points, 7 rebounds, 5 assist and 3 steals in the famous “Flu Game.” Karl Malone shot 7-for-17 from the field and 7-for-15 from the foul line in Game 5. The Utah Jazz would lose the next game and the series in Chicago.

As I ponder Thomas’s claim, it all becomes clear. Last year (2012) was the 20th Anniversary of the USA Men’s Basketball Olympic Dream Team. As the media reflected on the significance of the “greatest team ever assembled,” it also reminded many to wonder why Isiah Thomas was not selected for the squad. He was one of the top players in league history during his tenure (two-time NBA Champion, twelve-time All-Star and one of the all-time clutch performers in the playoffs).

Magic Johnson, Larry Bird, Scottie Pippen, Michael Jordan, Karl Malone and, indirectly, John Stockton of Team USA’s 1992 Dream Team had some hard feelings towards Isiah. Magic and Isiah’s friendship turned sour after Magic committed a hard foul on Thomas, which led to a near brawl during the 1987 NBA Finals. The Lakers eventually won that series. Years earlier, prior to being adversaries, the two would kiss in friendship before competition. The following year, Thomas’s Pistons beat the Los Angeles Lakers for the first of two consecutive NBA championships in 1988 & 1989.

During The 1987 Eastern Conference Finals, Detroit was up one point in the fourth quarter with seconds remaining. Isiah threw in an inbounds pass that Larry Bird stole before feeding Dennis Johnson for the go-ahead layup, winning the crucial playoff series for Boston. After the game Dennis Rodman, then a rookie, said, “If Bird was black; he’d be just another good ballplayer and not Larry Legend.” Then the press went to Isiah to comment on Rodman’s statement. Thomas said, “I agree with Dennis, if he were black, he’d be just another good guy.” He later apologized for his statement by claiming it was a joke.

Scottie Pippen flat out said he didn’t want to play with Isiah because he despised the way he played the game. Pippen said, “Isiah was the general, he was the one guy that would yap at his teammates and say knock ’em on their ass, do whatever you gotta do.”

Michael Jordan didn’t want to play on the Olympic team with Isiah, who felt Jordan was stealing his city. Jordan was quickly becoming a basketball icon, so Thomas started a movement to freeze out Jordan in the 1985 All-Star game by not passing him the ball. Jordan’s Bulls and Thomas’ Pistons would have bitter battles where the Pistons played boarderline dirty, implementing the “Jordan Rules”—designed to impose their physical will upon their opponents, coining the phrase “The Bad Boys.”

In 1991, the Chicago Bulls swept the Detroit Pistons in the Eastern Conference Finals. Thomas led a partial team movement to walk past the Bulls before the end of the game, without offering any congratulations or showing good sportsmanship. Thomas’ actions after that game rubbed a lot of people the wrong way. During the summer of 1991, four months after he walked off the court, the Olympic Selection Committee decided not to select Isiah Thomas, instead selecting John Stockton.

Thomas viewed himself as an NBA Ambassador with numerous accolades, but he never reached the transcending heights of Larry Bird, Magic Johnson and Michael Jordan. He also never played for an Olympic gold medal. When he was in college, the 1980 Moscow Olympics were boycotted by the United States, and in 1984, NBA players were still ineligible for amateur competition. The 1992 Olympics were his last chance at Olympic gold. He felt Stockton was undeserving of the position on the Dream Team that was led by his Pistons head coach, Chuck Daly. Isiah, with all his on-court battles, never quite accepted that the most influential player(s) on the Dream Team didn’t want to play with him.

On November 15, 1991, in the first matchup between Thomas’ Pistons and Stockton’s Jazz since Thomas’ Dream Team omission, Isiah totally embarrassed Stockton with a barrage of mid-range jump shots, aggressive drives to the basket, and a dribbling exhibition reminiscent of Curie Neal. Thomas finished with 44 points and Detroit beat Utah, 123-115.

Karl Malone took exception to Thomas’ antics. The two teams met again, almost a month later, on December 14th. Early in the first quarter, as Isiah drove to the basket, the Mailman delivered a first-class elbow to the left eye of Thomas, causing a 40-stitch gash that bled profusely. As ugly as that play was, many in the NBA felt that it was karma coming back to Thomas after all of the physical play of the Bad Boys.

Karl Malone denied the elbow was deliberate and never offered an apology to Thomas, claiming, “it was a hard foul, no question, but unfortunately that’s part of the game.” Malone was assessed a flagrant foul, $10,000 fine and a one-game suspension.

Stockton’s selection to the Dream Team put him in an awkward position of having to justify his selection against the accomplished Thomas. But being the class act he is, Stockton buried the hatchet in a way when he selected Thomas as his Hall of Fame enshrinement ceremony presenter in 2009.

Isiah was known as one of the toughest competitors that left everything on the court. But after 22 years, the “Bad Boy” still has mail marked, “Undelivered, return to sender.”