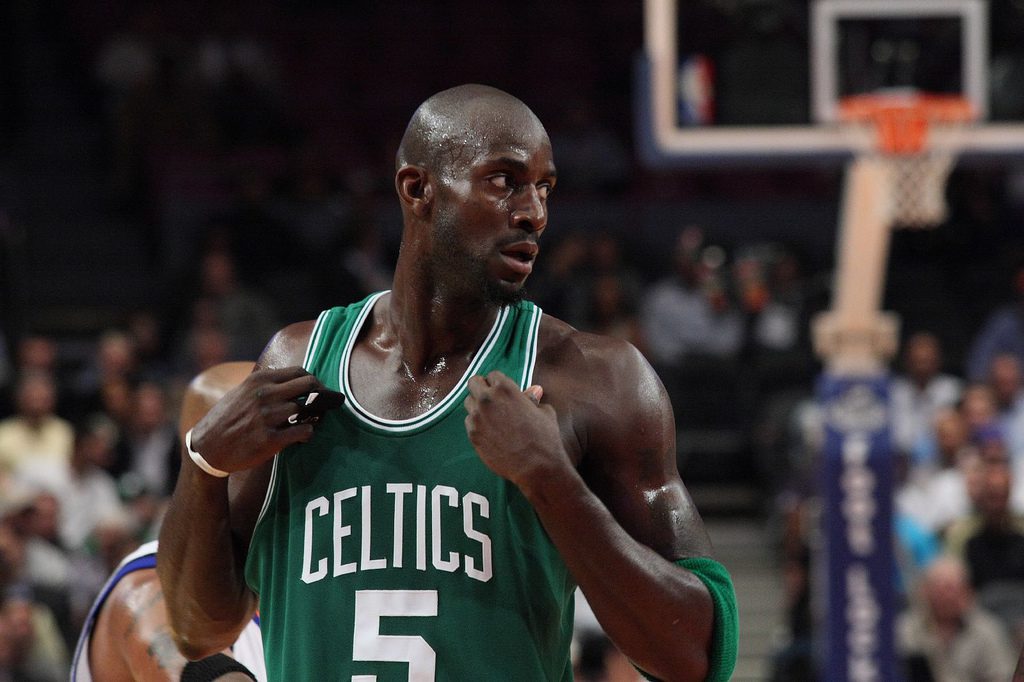 NBA trash talking is a beautiful thing. Everyone does it, whether they’re on or off the court, and it makes the sport just a little more entertaining. Sure, there are guys that speak through their game, and that can be as cold-blooded as anything one can say, but that doesn’t mean that trash talking isn’t fun. The following are just a few of the wonderful trash talking moments in the NBA’s history:

Garnett’s trash-talking antics to try to get into Tim Duncan’s head on Mother’s Day are probably the most popular, but that one was just out of line on a whole other level. Anyways, Garnett goes for the throat all the time. He has no other target. Although he’s probably right about Anthony’s wife, Garnett once again crossed the line. You can always trust KG to be KG: a hard-nosed, intense, trash-talking baller.

It was Game 1 of the 1997 NBA Finals, Chicago Bulls vs. the Utah Jazz. Karl Malone had the opportunity to give his team the lead with 9.2 seconds, as the score was tied. Scottie Pippen dropped this line on him before he shot from the charity stripe. Malone missed both free throws. Pippen was right.

3. Michael Jordan forced into a Game 7

The words on the screen don’t seem like much, and this doesn’t really seem like trash talking at all, just a player’s proclamation that his team will win Game 7 against Reggie Miller and the Indiana Pacers. If anyone else said this, it probably wouldn’t be too big of a concern. However, when Michael Jordan is laying down this decree, you know he’s bringing his A-game and your personal hell along with him. When he says he will do something on the basketball court, it shouldn’t be taken lightly.

In 1995, Reggie Miller earned his nickname “the Knick Killer” when he pulled off a miracle by scoring 8 points in 8.9 seconds to bury the New York Knicks in Game 1 of a playoff series. He turned to Director Spike Lee, a big Knicks fan, and taunted him and the team by giving them the universal choking sign. He then ran into the locker room, screaming, “Choke artists! Choke artists!”

What can I say about this one? Reggie Miller annihilated the Knicks. The play itself killed the New York, and the taunting sprinkled dirt over their corpses. Miller remains the equivalent of the Knicks’ boogeyman to this day. Miller and the Indiana Pacers ended up winning that series. Hell, that moment probably won the series for them.

Dennis Rodman is considered to be one of the best defensive players of all time. He earned the NBA Defensive Player of the Year award twice with the Detroit Pistons, and was also selected for the NBA All-Defensive Team seven times. Larry Bird didn’t care about the Worm’s antics. Here’s how the story went, through Rodman’s words:

“I would be all over him, trying to deny him the ball, and all Larry was doing was yelling at his teammates, ‘I’m open! Hurry up before they notice nobody is guarding me!’ Then he would stick an elbow in my jaw and stick the jumper in my face. Then he would start in on my coach, ‘Coach you better get this guy out and send in somebody who’s going to D me up, because it’s too easy when I’m wide open like this.’”