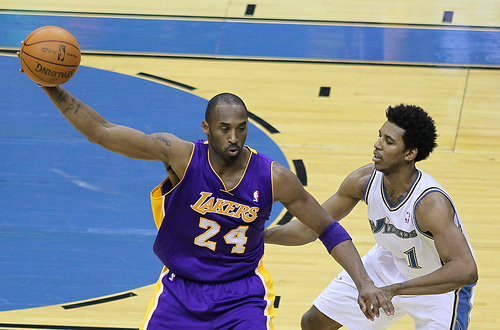 The Los Angeles Lakers have been struggling to find themselves so far this season.

Over the first seven games, which included two back-to-backs and a road trip, coach Mike D’Antoni has started eight different players. This is partially due to injury, but also due to the fact that the original “bench players” are turning out to be better than the starters.

In the first game of the season, Pau Gasol, Steve Blake, Nick Young, Steve Nash and Shawne Williams started for the Lakers against the Los Angeles Clippers. Combined, they scored 40 points.

D’Antoni used an 11-man rotation that night, bringing Jordan Farmar, Xavier Henry, Jodie Meeks, Wesley Johnson, Chris Kaman and Jordan Hill off the bench. Their combined score, with only one more man than the starters, was 76. They also grabbed 12 more rebounds than the starters and had three fewer turnovers. Granted, Henry had a career night, but the bench clearly outplayed the starters.

The Lakers played the Golden State Warriors the following night, and lost badly. Twelve men got to play that night, with Nash sitting out, and D’Antoni was trying some different combos. But the Warriors were on fire, and the Lakers were gassed. The bench once again scored more than the starters and pulled down more rebounds.

With Nash back in the lineup, the Lakers’ third game was against the San Antonio Spurs, and D’Antoni was back to the 11-man rotation from opening night. On this night, the purple and gold ended up losing, and the six-man bench only scored five points more than the starters. Further proof of just how flukey Henry’s record-setting night was.

When it came time to play the Atlanta Hawks, the first change to the starting five came. Young lost his starting spot to Henry, who had outplayed Young in all but one game up until that point. The Lakers then lost horribly to the Dallas Mavericks, with the same starters, but played eight players, including Robert Sacre and rookie Ryan Kelly. The entire starting five only scored 32 points, with Williams only playing five minutes.

That was the last time Williams got any minutes on the court.

In the team’s win against Houston, Kaman started in place of Williams, in an attempt to match-up with Dwight Howard and Omer Asik, and was the second bench player to start for the team. The Lakers won that game thanks to a last-second clutch shot by Blake.

Blake has done very well this season on both sides of the ball, and certainly better than the injured Nash. Gasol is one of the team’s leading scorers, but he’s totaled all of six offensive rebounds so far, which isn’t going to cut it from the biggest man on the floor.

The following night, Young got his starting spot back from Henry. Meeks also got to start for the first time this season, making him the third bench player to make the move. This was prompted by Nash not playing, but it’s a good indication of a lineup D’Antoni might use in the future if Nash (inevitably) gets hurt this season and is out for a period of time.

Pau was a shell of himself against the New Orleans Pelicans, shooting 25 percent and playing 27 minutes. Kaman scored 16 points in 23 minutes. Kaman has already expressed concern that it’s hard to know what D’Antoni wants because the game plan changes from night to night.

The problem seems to be that D’Antoni is married to players who simply can’t effectively run his offense for an entire game. Yet, he doesn’t move as many guys as possible into the rotation, like Sacre.

Despite the fact that Nash is past his prime, it would be hard not to start the guy. But that’s the job of a coach. To do what is hard, but best for the team.