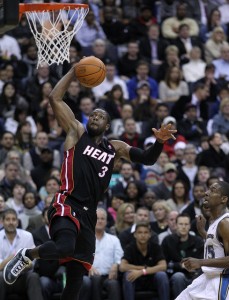 A pose is a sustained posture for an artistic effect intended to impress (the fans) and/or embarrass (your opponent). During an 82-game NBA regular season, many situations can occur when a player can strike a pose. But the pros know that timing and style are significant for pulling the pose off successfully on the hardwood. So why waste a perfectly good pose on the regular season? Hall of Famer Walt “Clyde” Frazier once said “in the regular season is where you make your name … but the playoffs is where you make your fame”

Imagine the thousands of hours of time invested to become a professional basketball player, practicing the fundamentals of footwork, dribbling, shooting, and essential skills to equip the pro for the grand stage. Once the stage is set, and the lights come on, it’s show time. The only thing left to do is wait for the right moment to personify the expression of his craft.

Ultimately, the purpose of a team playing the game is to win a championship. The purpose of the players on the team is perfecting their individual skills to align with the team’s common goal. So, is there ever a good time to pose during a game?

The Miami Heat were ahead by 15 points with a seemingly insurmountable 88-73 lead, with just over seven minutes left in the fourth quarter. D-Wade struck a pose after what appeared to be a game-ending shot. In fact, it struck a nerve in the Mavericks to engage in one of the greatest comebacks in NBA Finals history. Wade would not score another point for the remainder of the game. The Mavs ended the game on a 22-5 run, winning 95-93.The Miami Heat would eventually lose the 2011 NBA Finals to the Dallas Mavericks 4-1. Wade exit, stage left.

February 8, 1988 All-Star Weekend Chicago Stadium. In the final round of the NBA Long Distant Shootout (later know as the three-point contest), Boston Celtics forward Larry Bird, who never took off his pre-game shooting shirt during the competition, trails the Seattle Supersonics’ Dale Ellis by one point. Bird, on the last rack of balls with two shots remaining, hits the next basket to tie the score, then proceeds to grab the red, white and blue money ball in a rhythmic motion squared to the basket and releases the shot with perfect rotation. As the ball reaches its apex, Larry Legend points his index finger to the sky, while walking off the court. He knows the ball was going in before it left his hands. ALL NET!, Bird wins his third consecutive three-point contest. Exit stage right.

June 14, 1998 Salt Lake City, Utah Delta Center NBA Finals Game 6. Just under 20 seconds remaining in the fourth quarter, the Chicago Bulls are down 86-85. Michael Jordan steals the ball from Karl “The Mailman” Malone. MJ methodically dribbles the ball up court with Utah Jazz forward Byron Russell closely guarding. As Jordan moves past half court, his unmatched fundamentals take over, his uncanny ability to use the dribble to create space and get his shot off in rhythm. At 7.8 seconds remaining in the game, Jordan makes his decision to attack his defender at the top of the key. MJ takes a hard dribble to his right, while using his left hand to slightly “push off” Russell, causing him to brace himself at the foul line and far enough to where he could not recover defensively. MJ then crossed over his dribble to bring the ball in one fluid motion to shot preparation—eyes on the target, elbow alignment, release, and follow through.

After nailing the go-ahead basket, he strikes a trophy pose by holding the proper shooting form momentarily. The legend of Jordan lives; his final shot as a Chicago Bull was a game-winner. What a way to retire.

There is a fine line between showboating and showmanship. Whether it’s pointing an index finger in the air or holding the perfect shooting form after a made basket. Striking a pose takes some confidence or cockiness, depending on what side of the fence you choose to stand.

In the NBA, a pose is intended to display finality in a game or pivotal series with perfect timing by including a personal touch of expression. Two key elements to the hardwood pose are (1) impeccable timing and (2) style. Style complements timing but timing trumps style, like a one-two punch in boxing.

The pose reveals the alter ego within a player. It also shows the attributes of the clutch gene during the biggest moment. However, the reality of the pose is the manifestation of countless hours that are invested into one’s craft.