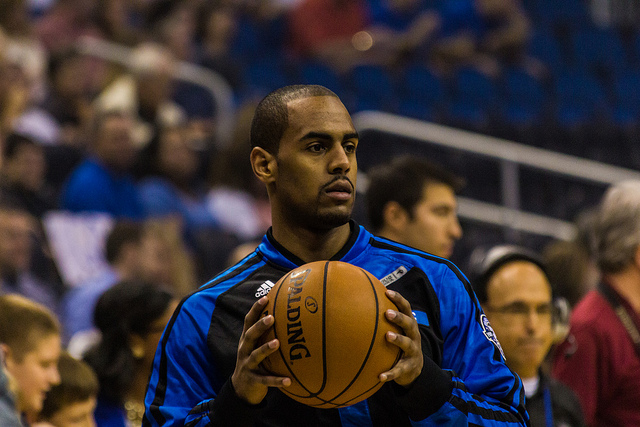 Still a month away from the NBA All-Star teams being announced, the players vying for those illustrious spots begin to separate themselves from the rest of the pack. One of those players is Orlando Magic shooting guard, Arron Afflalo. While it’s unlikely he’ll be voted a starter, his steady play will make it hard for the coaches to leave him off the team.

Afflalo, who currently ranks 11th in the league in scoring, is enjoying the best season of his seven-year NBA career. He is currently averaging 22.0 points, 4.5 rebounds and 3.9 assists per game, all career-highs. The UCLA product has been the Magic’s best and most consistent player all season, and he’s become one of the league’s best two-guards.

Where does Afflalo rank among his counterparts in the Eastern Conference? He’s currently one of two shooting guards that score over 20 points per game, joined by the Toronto Raptors’ DeMar DeRozan. Afflalo also ranks fourth in field goal percentage (48.1) and three-point percentage (44.4), and third in free-throw percentage (85.2). He also ranks third in assists and fourth in rebounds per game amongst qualified players. 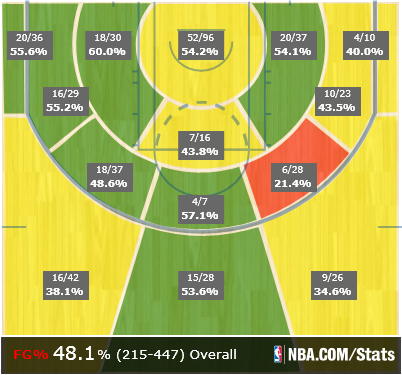 After a tough 2012-13, Afflalo has seen his increased usage rate translate into an increase in efficiency as well. He’s sporting the highest usage rate of his career at 24.3, and has his second highest true shooting percentage at 60.4 percent. He also currently has his highest assist rate at 18.4, and leads the team in total win shares with 3.6 through 28 games.

Afflalo currently owns a net rating of -3.8, which is ninth best on the team, and is currently sporting the team’s fourth-best offensive rating. While his defense has fallen off slightly from his days in Denver, he’s ramped up his pressure on that end of the floor and is slowly seeing his defensive form return. According to NBA.com, Afflalo is part of all five of the team’s five man lineups with a positive net rating that have played 25 minutes or more.

While his team may not have the best record, his all-around play and impact on the team have been one of the brightest spots in Orlando this season. He’s shown consistency all season, and if he continues his play for the next month, Mr. Afflalo will be making his NBA All-Star debut in New Orleans in February.