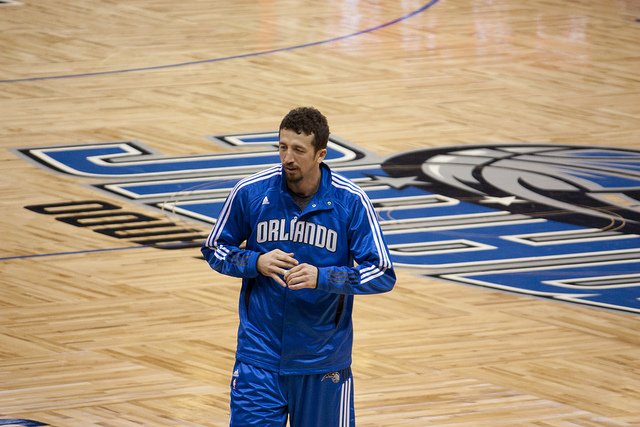 The Orlando Magic recently announced the decision to waive both Hedo Turkoglu and Solomon Jones. Although Jones was able to find some playing time early in the season due to injuries to the Magic’s frontline, neither player was really a factor for Orlando this season. The decision to part ways with Turkoglu was expected as he and the Magic had been working on a buy-out deal for months. The news about Jones, while not a complete shock, was not as anticipated as that of Turkoglu. While there are surely a number of factors that go into making decisions like these, the four major reasons the Magic made these moves are as follows:

1. Purely financial
Turkoglu’s hefty $12 million contract would have become fully guaranteed if he remained on the roster through January 7. By waiving him on the Friday before, the team saved itself about six million dollars. Turkoglu, a player who once thrived in Orlando, appeared in only 11 games last season, and has had a number of issues over the last few years ranging from various injuries to a suspension for violating the league’s anti-drug program. Jones, the 29-year-old hometown native, would have seen his minimum salary contract become fully guaranteed as well had he not been waived. Neither player was much of a factor for the team this season, so waiving both before the deadline was at a minimum, a great financial decision.

2. Sign free agents
Although the moves served a good financial purpose, they also created two open roster spots. Orlando now has the ability to go out and sign a couple of guys they think have potential. Magic GM Rob Hennigan has grown a bit of a reputation for evaluating talent and he may have his eyes on some D-League prospects. If that’s the case, it’s a cheap investment that Orlando can capitalize on in the future if one of them turns out to be a diamond in the rough. D-League success stories don’t happen often, but there are certainly some instances where teams have reaped the benefits of a former D-Leaguer performing well at the next level. Recent examples include – Gerald Green, Marcin Gortat, Danny Green and Jeremy Lin among others. Regardless of Hennigan’s intentions for waiving the above-mentioned players, look for him to possibly fill those roster spots one way or another, likely to league minimum, short-term contracts and rolling the dice on a prospect or two.

3. Trade in the works
The development of cap room and vacancies in the roster allows the Magic to make a trade that nets them more players/salaries in return for what is given up. Orlando is amidst a full rebuild, and it’s possible Hennigan has been working on a deal that would send a player like Arron Afflalo to a team willing to give up multiple young prospects for him. The seven-year veteran has played well beyond expectations this year and with Hennigan hungry for young talent, it’s a possibility that the Magic have had discussions with other teams.

Waiving Turkoglu and Jones did more than just open a couple of roster spots however; it also brought Orlando approximately $6.6 million under the cap. This creates an opportunity for the Magic to acquire an expiring contract or make a deal with a team looking to avoid the luxury tax. Although it is unlikely that Hennigan has already worked out a trade that required him to waive two players, there has been more than a fair share of Magic trade rumors circulating lately, so it’s very possible that the recent roster moves are just a precursor to much more significant ones in the coming weeks.

4. Flexibility
Flexibility is the most likely factor behind the decision to waive Jones and Turkoglu. It frees up two roster spots that were by in large part unused this season, while also saving some cap room. A GM like Rob Hennigan understands the importance of maintaining a roster that sustains the ability to take advantage of a good opportunity when one presents itself. Is it possible the Magic sign a young prospect out of the D-League? Sure. Is it possible a trade is on the horizon? Absolutely. But more than anything, Hennigan made these moves to increase flexibility with his roster, so if and when an opportunity does present itself, he is able to strike. The Magic are expected to be very active before the NBA trade deadline, and these moves put them in a much better position to do so. With the added cap space and the vacant roster spots, Orlando can continue to bolster its young core, which has emerged as a top priority for Hennigan, second only to the development of current players.