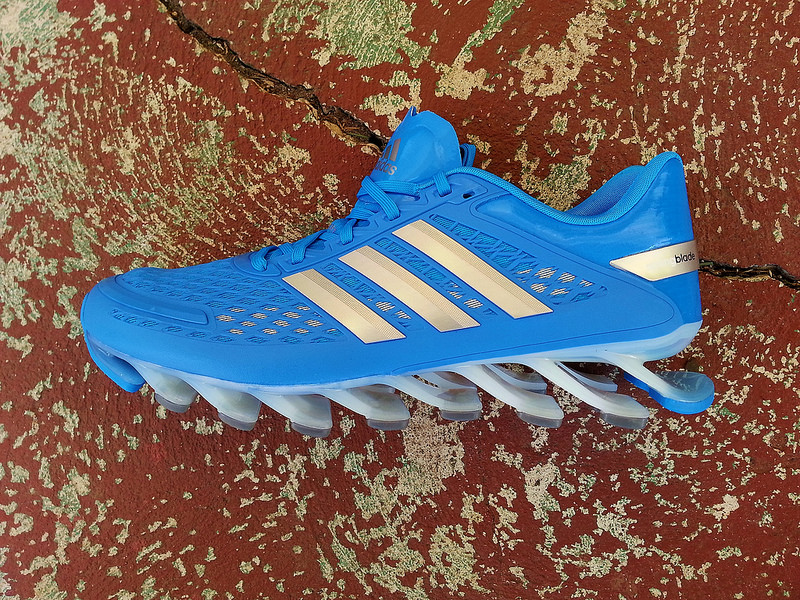 The adidas Springblade Razor is a polarizing shoe. Even after its initial predecessor, the Springblade, was released, it remains a shoe of intrigue and wonder. Understandably so, the performance of the Razor version of the landmark running shoe is still being vetted, but here’s the thing – it’s the real deal. It’s a real running shoe, not unlike a human Pinocchio being a real boy; and thankfully, the Razor is a good tool for ballers and athletes of all origins to run in for training.

Here’s the thing about the Razor – it’s an update to the original Springblade, and the differences SEEM cosmetic at first. Where the original had a simple layer of stretch Lycra-like TECHFIT covering the majority of the upper, the Razor overlays the entire primary TECHFIT layer with a special version of adidas’ SPRINTWEB, a synthetic non-stretch skin – this is key in the way the Razor performs and it’ll be touched on soon. 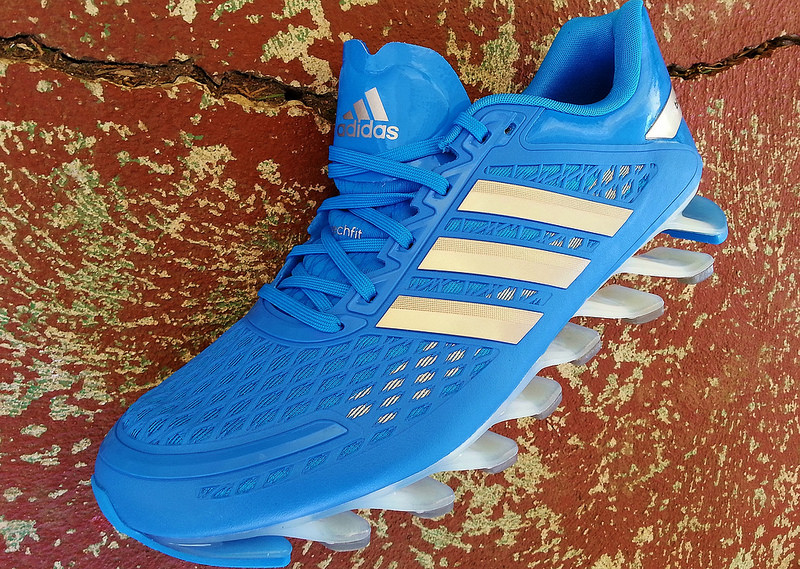 Simply put, the Razor feels like a sprint shoe. It’s the closest to feeling like a track spike without actually wearing a spike, and the reasons are fairly obvious when wearing – the Razor is a firm shoe, firmer than many shoes. It feels power and is built strongly. It’s not exactly a featherweight shoe, but it’s definitely not a brick. It’s a shoe that’s made for power, and it’s made for power (as it’s actually a part of adidas’ adipower footwear division).

The blades of the shoe, seemingly the Razor’s stars, are firm and aren’t particularly buoyant initially, but a true, serious training run usually softens the blades up for more response. 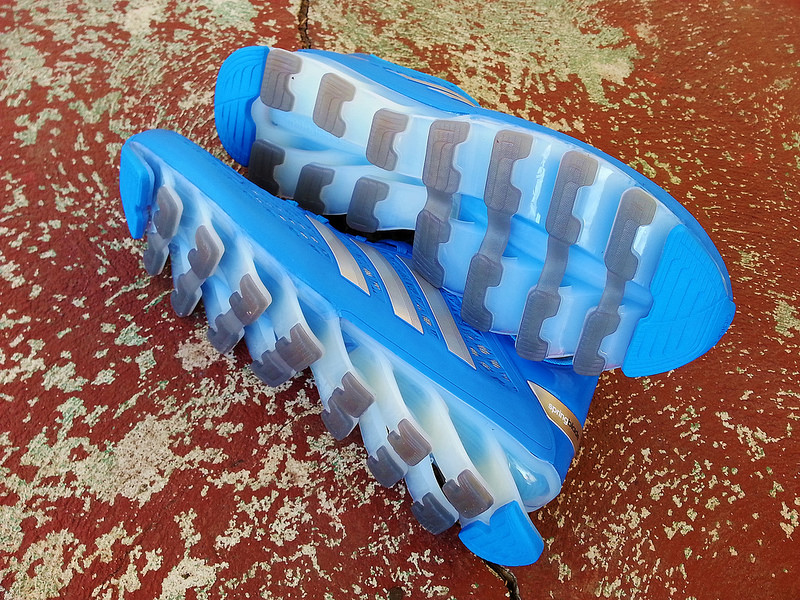 In all truth, the Razor is a runner that is all about containment. The original Springblade is great, because its unfettered TECHFIT upper also makes for a very close 1:1 fit over the top of your foot before you run, but it also allows for more toe wiggle, and some runners don’t like that much freedom. With the Razor’s SPRINTWEB application to its own TECHFIT upper, it makes the shoe very firm and even tighter, so flexion is actually restricted. It makes the Razor a shoe that’s less about flexibility, and more ‘locked in’ in fit. Not a bad thing if you prefer more traditional containment, but it can make running in the Razor more labored for your feet as you break it in. 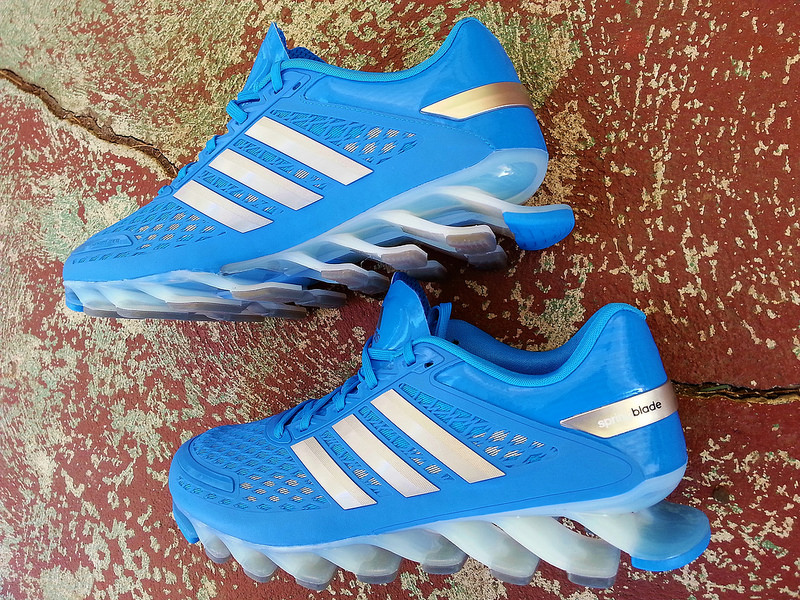 In all truth, the Razor is a shoe that will get better as it ages and the more you run in it. With the shoe being largely a thermoplastic wonder, the heat from your activity will actually (in theory) soften the Razor up to become more like you and it’s been proven with the way the initial Springblade has functioned. 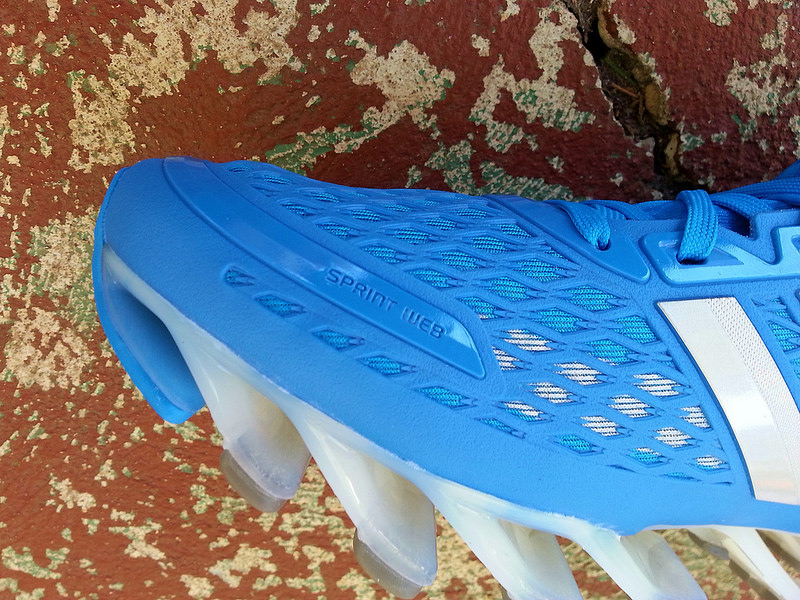 So, if you want something that’s well-cushioned, firm but forgiving, and a new lesson in running, go for the Razor. It’ll definitely challenge to become a better runner, and ultimately, better runners can get more run on the hardwood.

You can find the adidas Springblade Razor at adidas.com. 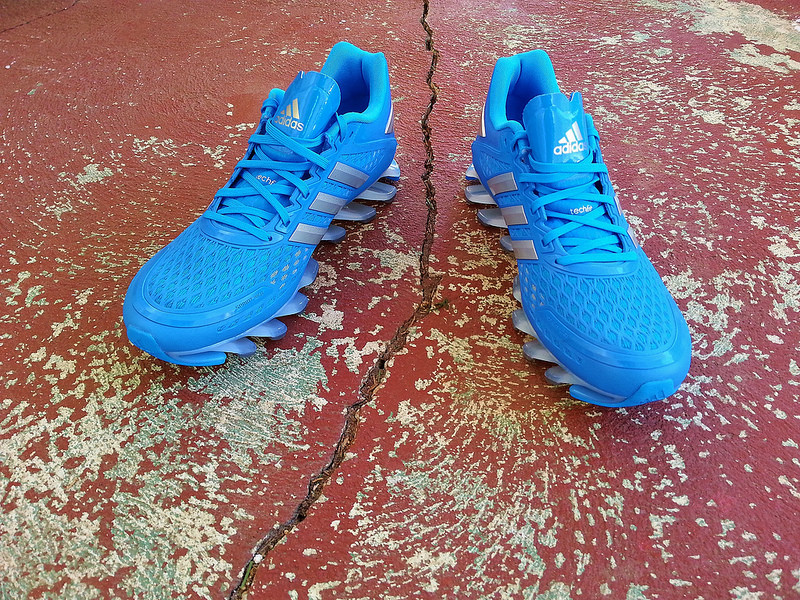