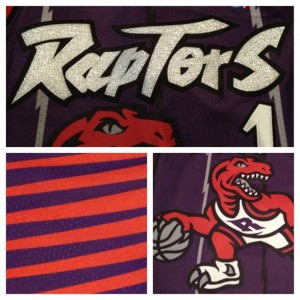 While discussing the future of the NBA’s draft lottery and the problems with the current system, Colangelo revealed that the Raptors’ front office was not interested in winning during the ’11-12 season, hoping instead to secure a high draft pick. The team finished 23-43 under first-year coach Dwane Casey in the lockout-shortened season.

“Admittedly, I tried to tank a couple of years ago,” Colangelo said during a basketball panel at the MIT Sloan Sports Analytics Conference. “I didn’t come out and say, ‘Coach, you have to lose games.’ I wanted him to establish a winning tradition and culture, but I wanted him to do it in the framework of playing and developing young players.”

Toronto tied with the Warriors for the seventh-worst record that season. Colangelo noted that the regular-season finale proved critical. The Raptors blew out the Nets 98-67, while the Warriors lost to the Spurs to complete a 6-22 finish. Toronto ended up finishing one game ahead of the Nets, and it drafted eighth after losing a coin flip with Golden State.

“The last game of the season, [Nets coach] Avery Johnson had a 24-point deficit and was looking down at the floor smirking,” Colangelo said. Sports Illustrated

Somewhere in Los Angeles, Bill Simmons is screaming, “I KNEW IT! NOW WE JUST HAVE TO GET EVERYONE ELSE TO ADMIT IT!” – AL