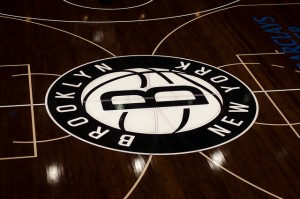 Things were not looking good for the Brooklyn Nets at the beginning of 2014. Entering the new year with a 10-21 record, the Nets had an abundance of problems. Kevin Garnett and Paul Pierced looked a few steps (or limps) slow, Deron Williams and Joe Johnson were struggling to score, their All-Star center Brook Lopez had already gone down for the rest of the year with a broken foot, and Jason Kidd looked well on his way to an early exit to begin his coaching career.

So what has changed since then? Everything.

All of a sudden the Nets started getting contributions, and not just from their star-studded core as was expected. While Paul Pierce seems to have remembered how much he loves hitting big shots, and Johnson and Williams have settled back into their roles as relatively silent assassins, the Nets have seen their share of unsung heroes rising to the occasion as well.

Shaun Livingston has re-invented himself while sharing a backcourt with Williams. Mirza Teletovic has seen his minutes double this season while proving to be a dangerous offensive weapon. Andray Blatche has seemingly matured enough to keep himself on the court, and he has been helping to lessen the pain of losing Lopez for the year. All the while, Andrei Kirilenko, Alan Anderson, and Mason Plumlee have ensured that the Nets have perhaps the most talent-heavy roster in the league despite the loss of Lopez and the March absence of Garnett.

Add in the acquisition of Marcus Thornton, perhaps the most underrated trade-deadline pickup, and the Nets are able to run a dangerous 10-man rotation on a nightly basis. Even Jason Collins can get a shoutout here. Even though I don’t think his contributions on the court so far warrant any notice, the wave of good publicity and good spirit that has washed over the team since his acquisition is tough to ignore.

All that has contributed to the Nets’ 27-10 record in 2014, and a jump from near the basement to the fifth spot in the Eastern Conference (as of March 24). In fact, the Nets are only 1.5 games behind the Toronto Raptors for the division lead and No. 3 seed. Even more promising for the Nets is that of their 14 remaining games, only two are against winning teams: Houston and Miami. Keep in mind that the Nets are an undefeated 3-0 versus the Heat so far this year, with all of the games maintaining a playoff-like intensity that had me excited for the Nets even before their recent surge.

Obviously it is far too late in the season to challenge for the top two seeds, but with Indiana and Miami both struggling as of late, nobody should underrate the importance of heading to the postseason with momentum. While if the playoffs were to start today the Nets would rewind last year’s matchup with the Chicago Bulls, if they are able to power their way to the division lead and the third seed in the playoffs, they would draw perhaps a much more favorable matchup with the Washington Wizards (with the Bobcats just two games back in seventh). Not only would that third seed set them up with an easier first-round opponent, with the current standings, it would also allow them a second-round matchup against the same Miami team they have already beaten three times this season (assuming that Miami handles their own business in the first round).

At the beginning of the season, the Nets looks disjointed and completely out of rhythm. That was partially to be expected with the additions of key new players, but I don’t think anybody thought it would occur to the level that it did. However, one look at the Nets of 2014, and it is obvious that this isn’t the same team that was playing at the Barclays Center for the first 21 games of the season.

No longer do you look down the Brooklyn bench and see dejected, towel-covered heads looking around with a blank stare while Jason Kidd attempts to spill drinks. On the contrary, you see Joe Jesus and P.P. hitting clutch shot after clutch shot much to the chagrin of the “they’re too old!” haters from earlier in the season. You see Shaun Livingston finally giving people something to talk about other than his gruesome injury years ago. You see Deron Williams showing flashes of the game-changing, nearly-impossible-to-contain court captain that he was just two years ago. You see Andray Blatche cursing in joy rather than out of anger and immaturity. You see Andrei Kirilenko’s awkward haircut as he displays some of the athleticism that made him so likable in the past. You see Jason Kidd smiling as his team finally gets into the comfort zone that many envisioned at the outset of the season.

You see all of that. Unsung heroes, redemption stories, rookie coaches, Joe Johnson’s waves … everything. But above all else, you see a team who just happens to be playing their best ball of the season just as the playoffs approach—something Jason Kidd can toast a drink to, rather than spilling one.