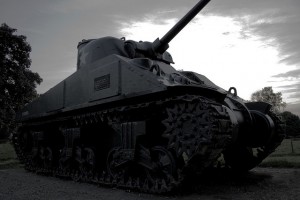 Tanking has been a big topic of conversation in the NBA this season. With the dreadful play of teams like the Philadelphia 76ers (who are currently in the midst of a 26-game losing streak) and the Milwaukee Bucks (who have the fewest wins in the league), the question of whether or not tanking is acceptable has constantly been brought up. And now, some players in the league are starting to join in on the controversial subject.

Earlier this week, after making a game-winning shot to defeat the Orlando Magic, Utah Jazz rookie point guard Trey Burke said that fans who root for their teams to tank are selfish. The Jazz have one of the league’s worst records this season, which puts them in a position to obtain a high pick in this year’s loaded draft. So as much of an oxymoron as it sounds, every loss helps.

But looking at the prospect of tanking from Burke’s perspective, you can see why he is so opposed to the idea of losing games to get a higher draft pick.

After making it to the national championship game last year with the University of Michigan, Burke, who was the ninth pick in the 2013 draft, is part of a Utah Jazz squad that has managed to win just 23 games so far this season, eight games fewer than his Michigan squad managed to win in far fewer tries. To go from a winning situation in college to the bottom of the Western Conference in the Association, it is easy to see why Burke has such a strong opinion on tanking. And it is completely understandable.

But in the long run, does tanking do more good than bad, not just for fans but for players alike? While tanking is not an exact science, with some poor play and some good luck, tanking can actually bring about long-term happiness after temporary disarray.

Tanking is the systematic destruction of a team in order to improve via free agency or the draft. Teams go about this by trading away solid players and putting guys out on the floor who ordinarily would be bench warmers for other franchises. While tanking is a frustrating thing for both fans and players, it can have great long-term effects. There are several examples of good tanking jobs. The Houston Rockets and the Cleveland Cavaliers are two that come to mind.

During the 1983-84 season, it is widely believed that the Houston Rockets tanked. They finished with one of the two worst records in the league, and at the time there was no draft lottery. Instead, the two teams with the worst records flipped a coin to see who would get the first and second picks. The Rockets won the coin flip, and selected Hakeem Olajuwon, who would go on to become one of the best players in league history en route to bringing the city two NBA titles.

So how did the Rockets pull off such a feat? After winning nearly half of their games in the first half of the season, the Rockets went on to finish with a record of just 29-53. Not too egregious, but many simply question how a team with decent talent could go from competitive to abysmal so quickly. With a draft class that featured not just Olajuwon, but Michael Jordan, Charles Barkley, and John Stockton, one doesn’t have to wonder for long why the team fell flat on its face in the second half of the season.

The Cleveland Cavaliers were a bit more blunt with their intentions to lock up the top pick in the 2003 draft, and who could blame them with what was the top prize of that class, Ohio born and raised superstar LeBron James.

In an effort to assure that they got the first pick, Cleveland traded away one of their best players before the start of the season in Andre Miller, and they put together a team that at the time was not built to win. Cleveland would go on to finish with the league’s worst record, 17-65, which led to them being able to draft King James. James would go on to leave the Cavs seven years later, but Cleveland still had a great run with their hometown savior.

While the two examples mentioned are successful cases, tanking is not fool proof or easy. Sometimes teams attempt to tank for a player, but they are not fortunate to get a high enough draft pick to grab said player. Also, lottery picks don’t always pan out (e.g., Sam Bowie, the man that was picked right ahead of Michael Jordan, and Greg Oden, the guy picked right before Kevin Durant). So tanking is very much a high risk/high reward type of situation.

For the teams that are being accused of tanking this season, they are hoping to land a Jabari Parker or an Andrew Wiggins or a Joel Embiid. Will these guys turn out to be what they have been built up to be for the past few years? Only time will tell. But in small market areas that aren’t exactly dream spots for free agents, a Milwaukee or a Philadelphia or a Utah, tanking can sometimes be the only way to land that big time superstar who can carry a franchise for years.

Ultimately, tanking is risky, and a lot of times it does not land a once-in-a-generation type of talent. But the harsh reality is simple: Unless teams draft a superstar, they probably aren’t going to get a LeBron or a Carmelo via free agency, because superstar talents want to be in big markets. There aren’t too many Kevin Durant types walking around who are superstars and don’t mind being in smaller markets. We saw LeBron leave Cleveland for Miami when his contract was up, and we saw Melo force his way out of Denver for New York when his contract was expiring. For small market teams, tanking can be the only option to acquire a superstar.

Is Trey Burke correct in saying that it’s selfish for fans to ask their team to tank? Absolutely. But it’s not as if fans are given a bargain. What about the fans that have season tickets? They basically pay hundreds to thousands of dollars to see their team take an L every night. But what if that same team snags an All-Star caliber player in the offseason via the draft? All is well.

They always say the best way to build a team is through the draft (see Oklahoma City). Tanking is just a part of that process.