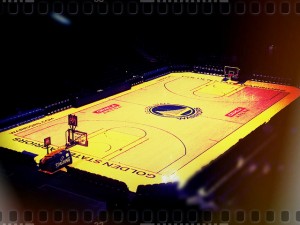 With pressure continuing to build around him and the belief that he will be gone if Golden State can’t escape this first-round series against the Los Angeles Clippers, Jackson took great exception to the latest subplot surrounding his tenure. In response to a Grantland report indicating he had asked that Warriors adviser and Basketball Hall of Famer Jerry West not attend most practices and team activities, Jackson chose to go on the offensive.

Meanwhile, it’s hardly the only situation that Jackson has found himself tending to of late. An ESPN report Tuesday revealed the real reason behind the April 5 firing of Warriors assistant coach Darren Erman for, as the team said at the time, “a violation of company policy.” As two people with knowledge of the situation confirmed to USA TODAY Sports, Erman admitted to recording conversations between fellow assistant coaches who were not aware they were being taped. The people spoke on the condition of anonymity because of the private nature of the situation.

Erman, who was a coaching assistant with the Boston Celtics when Lacob was a minority owner there, was re-hired by the organization as a director of pro scouting recently. His situation wasn’t the only one relating to Jackson’s staff, as Jackson demoted assistant coach and former player Brian Scalabrine, who also has Celtics roots, to the Warriors’ NBA Development League affiliate in Santa Cruz, Calif., in late March. USA Today

Needless to say, the Los Angeles Clippers and Golden State Warriors have a lot of their collective minds. It’s amazing that either team has been able to play at a high level. The Warriors have a set of more ambiguous problems with in-house fighting on multiple fronts.

According to several sources, Mark Jackson’s days as head coach are done if Golden State loses in the first round to the Clippers despite overall team success in the past two seasons. Jackson’s relationships in the front office and among the coaching staff have become toxic, and there have been public assurances that the team wants him around after their postseason run.

Game 7 between the Clippers and Warriors will take place on Saturday, May 3rd at 10:30 PM. – AL