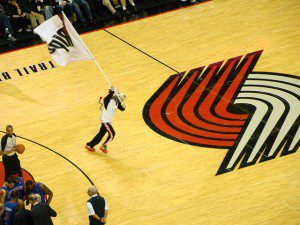 The Blazers picked up the 2014-15 option on Stotts’ previous contract and gave him an additional two years, the second of which is a team option. The total extension runs through the 2016-17 season with the first two years guaranteed.

Blazers general manager Neil Olshey and Stotts’ agent, Warren LeGarie, had been working on the deal, and it was finalized on Thursday.

Before losing to the San Antonio Spurs in five games in the Western Conference semifinals, Stotts helped transform the Blazers with a 21-game regular-season improvement (54-28) and a six-game first-round playoff series victory over the Houston Rockets – the franchise’s first in 14 years. Yahoo Sports

The Blazers’ front office wanted to exude confidence going into next season, the final year of LaMarcus Aldridge’s contract. The team’s young core now has playoff experience against a championship caliber squad, and a coach in Stotts that the organization has placed its faith in. Aldridge is not likely to sign a contract extension since the most recent collective bargaining agreement allows way more money to be made if he signs with the Blazers if he waits until his contract expires.

Extending Stotts is a good move, one that sustains stability for the franchise and increases the likelihood of Aldridge re-signing. As long as nothing crazy happens, the Blazers will be a serious title contender within the next two years. – AL