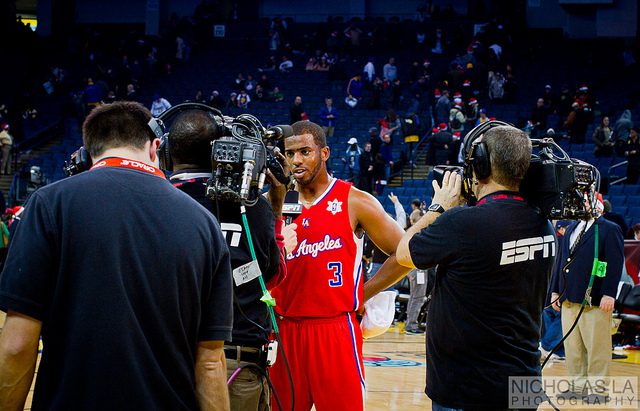 I remember so clearly monitoring NBA-TV and ESPN on the eve of the Chris Paul trade back in 2011. Aside from watching the television programming, I was constantly checking my phone and computer for up-to-date news on the finalized deal. As a Los Angeles Lakers fan, there could be nothing more attractive than the idea of Chris Paul joining Kobe Bryant, forming the most lethal backcourt the game would ever see. This could have been, arguably, one of the most important trades to ever occur in the history of the game.

I vividly remember pondering this fantasy turned reality on that fateful December evening. What’s even more vivid, however, is the feeling I felt when the league announced that the trade had been nixed.

After the rage began to settle and the curses stopped overtaking the majority of my words, the confusion permeated and I was simply baffled. NBA Commissioner, at the time, David Stern and his army of owners had done it again, selfishly changing the course of NBA history, all in the vein of what felt like, self-serving preference and personal power. I was convinced that the league would stop at nothing to take the championship glory away from the almighty Lakers. The world just couldn’t handle us. We were too much for them all!

While my opinion was a bit slighted and emotionally-driven, the scrapped trade was difficult for just about everybody to make sense of, including renowned analysts and journalists alike. “NBA owners revealed themselves to be vindictive, onerous, agenda-driven and spectacularly petty Thursday night when they complained to the point that David Stern, in a completely gutless move by all involved, essentially vetoed a perfectly legitimate trade.” Mike Wilbon’s sentiments were shared by ESPN heavyweights including figures like Mark Stein and J.J. Adande.

Adande reported that the reaction from the media was not that of surprise, per se, but more of pure disgust and utter disappointment: “Keep in mind, this is the same NBA that was willing to kill the entire season and trash interest in its product to get the financial deal it wanted. So it only make senses that, with that logic as a backdrop, the league would nix a trade that represented a pretty good solution to a bad situation for the team it owns.”

Absorbing all of the analysis at the time fueled my anger even further. This felt personal. The trade, in theory, would have not just benefited the Lakers, but it would have significantly improved the New Orleans Hornets as they would have acquired Luis Scola, Kevin Martin, Lamar Odom (pre-crack), Goran Dragic AND a first round draft pick. Pau Gasol would have landed himself with the Houston Rockets and the three teams would have all been in far better places than they were prior.

Nixing this trade not only caused disorder within the relevant franchises, but it caused an equal amount of drama amongst the players, on and off the court. How could this have been good for anyone? Nothing Stern said in the following days could have convinced me of such. As far as I was concerned, this was pure and utter NBA tyranny.

The commissioner attested that “All decisions are made on the basis of what is in the best interests of the Hornets.” Vocal owners like Mark Cuban argued that the decision itself truly was in the best interest of the NBA: “We just had a lockout, and one of the goals of the lockout was to say that small-market teams now have a chance to keep their players, and the rules were designed to give them that opportunity.” And although an NBA fan can appreciate the sentiment, the next few years didn’t seem to back this prediction very well, and the reasoning from all those favoring the decision seemed desperate and misplaced.

The following seasons proved to be rather dark for me as I watched my team crumble. From the Dwight Howard mess to Mike D’Antoni himself, the structure became weaker and weaker in LA. Not to mention, the two other teams involved in the nixed trade weren’t flourishing either, they were getting worse. New Orleans went on to have a terrible season, even after drafting the number one overall pick in Anthony Davis. From injuries to losses, The New Orleans Hornets transformed into The New Orleans Pelicans: a lackluster, team of losers that still, to this day, need far more than a number one draft pick and a lucrative trade to rebuild their solemn franchise. The Rockets didn’t improve much either until last season, after they acquired first Jeremy Lin and James Harden in 2012, and then Howard the following year. This obviously made a huge impact resulting in their second round performance this postseason. Prior to this, however, things stayed pretty much the same in Houston with 9th seed failures and first round exits.

The NBA’s structure didn’t improve much as far as equality goes either. The usual title contenders were the same usual title contenders at the end of the year, while the common losers in both conferences, generally small market teams, remained as such. The only difference I could see, up until recently, was that the Lakers spiraled down into the state that they’re in now: worse than they’ve ever been. Ever.

Being the stubborn, disgruntled Lakers fan that I am, I didn’t watch nearly enough basketball over the course of the last two years (the nixed trade being at the root of my repression). After Kobe returned from the Achilles calamity, only to participate in six games prior to making his season exit, due to yet another injury, I was completely disinterested and uninspired. The 2012-13 postseason was miserable and the following season was worse. I didn’t want to watch, I didn’t want to write. Hell, I didn’t even want to partake in the playoffs, this year or last, but the basketball fan inside of me dominated over the Lakers fanatic and I decided to peek my head out from under the rock in which I was hiding. With all the bitterness set aside, if for only a moment, I discovered something quite remarkable.

At first, I didn’t think it’d be possible to enjoy any of it. Afterall, my least favorite players and teams were heavily in the mix, including the grossly popular Clippers, and the back-to-back champions and wildly annoying Miami Heat. The San Antonio Spurs were, well, the San Antonio Spurs, and the Rockets had even crept up to finish 4th in the Western Conference, one of their best rankings in years. Whoopi. It seemed to me like the regular assortment of postseason’s past, until I took one, small moment to actually pay some attention.

From the start of Game 1, the league and the rest of the world got to witness the best first round of the NBA Playoffs in decades. The event was Spectacula at its finest, gifting NBA fans all over with eight overtime games, four of which were back-to-back in the Oklahoma City Thunder/Memohis Grizzlies contest. Not to mention, five of the eight first round series went to not just five, not six, but to seven games a piece, creating a nightly schedule of pure excitement and joy. Amidst the lengthened and numerous games, there were breathtaking buzzer beaters, emotional victories, and a new type of spotlight that highlighted some very skillful young players, ones we wouldn’t generally see at this level. Teams like the Portland Trail Blazers and Washington Wizards made it to the second round for the first time in ages and franchises like the Clippers actually made a legitimate case for themselves as title contenders.

Coming full circle, being knee deep in the Conference Finals, we see the best teams in basketball left to compete for a title, but hey, that’s how it should be. The second round proved to be a little less exciting, but you still had teams participating like Rip City, who hadn’t been there since 2000. Overall, the 2013-14 playoffs have been electric. The postseason feels fresh with new passion and ironically enough, fair. Aside from the colorful match-ups and game play, the league survived a racial and moral attack from a pitiful soon-to-be ex-owner, and a new commissioner shined through the highest form of adversity. The NBA is thriving, and I’m honored to bear witness and be a part of it.

Although the team in which I normally bleed for isn’t involved, I’m finding a renewed sense of passion for the game this postseason. The Boston Celtics, New York Knicks, and the usual Los Angeles Lakers aren’t included this time around, but it’s okay, because the space created has given room for newer teams and coaches to display talent, skill, and tenacity – an opportunity that isn’t usually afforded to small market teams like the Toronto Raptors or the Charlotte Bobcats.

After the first round concluded, I really started to think that Stern’s last move may have truly done what it claimed: transformed the league into a fairer place to play and win, for all teams and all markets.

And although my own selfish Lakers needs haven’t been met this year, I feel incredibly fulfilled and genuinely humbled. In fact, for the first time since the nixed trade, I can say with confidence that I am a happily content basketball fan who is thoroughly enjoying the NBA Playoffs. It’s amazing what a little insight and change of pace can do for the basketball soul.

In conclusion, I’m not so angry with Stern any more. He must have had a transcendent feeling regarding the move he made at the time, and whether anyone could have predicted two years into the future, things did take a turn for the better. Sometimes decisions made are bigger than us all; bigger than the entity that makes the choice, or the people who experience the change that’s brought from it. And even if all of this magical speculation and storytelling doesn’t give way to what’s occurring now, the point is, is that basketball is on the rise.

The fans are reveling in a magnetic postseason and myself, along with many other tunnel vision-sports fanatics, have been reborn into true admirers of the game. Whether you’re an analyst, a player, a coach or a spectator, the NBA is at its best, and for the first time in my life, I can enjoy the sport, nixing my own radical mentality that’s caused me to miss out on far too much over the last couple of years. At the very least, that’s something to root for. Cheers.