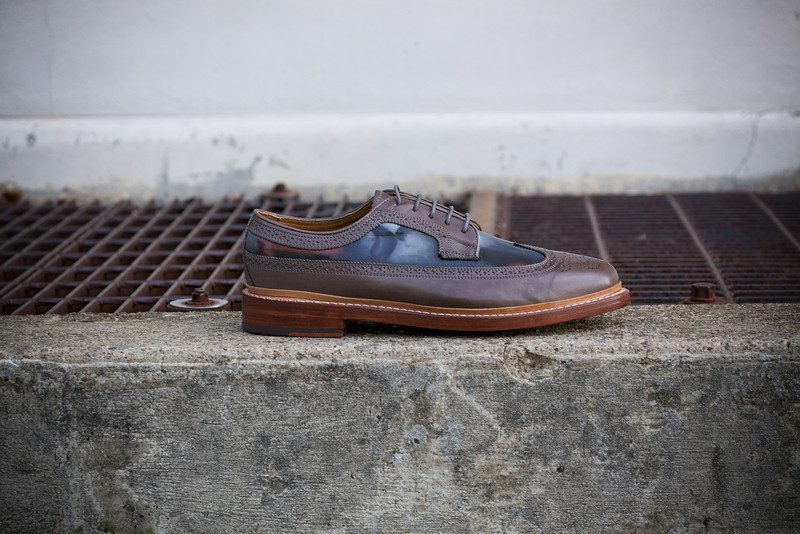 In the world of footwear, in recent times, customization has taken on a whole new path to creativity, self-expression, and lots of notoriety for artists. In the case of Brush Footwear, the company has seen some of its best work shown with its collaborations with some of the biggest names in music (Mac Miller), companies (Nike), and even iconic publications and media (SLAM, BMF’s very own Senior Editor, Sandy Dover). Now, resident artist of Brush, Ben Smith has created a new work using the Florshiem Veblen dress shoe.

“I used the gray Florshiem Veblen as my canvas for this piece. The abstract painting is featured along the Vamp of the shoe. The color palette in the painting was used to bring out the rich colors in the leathers and the woods used on the Veblen.” 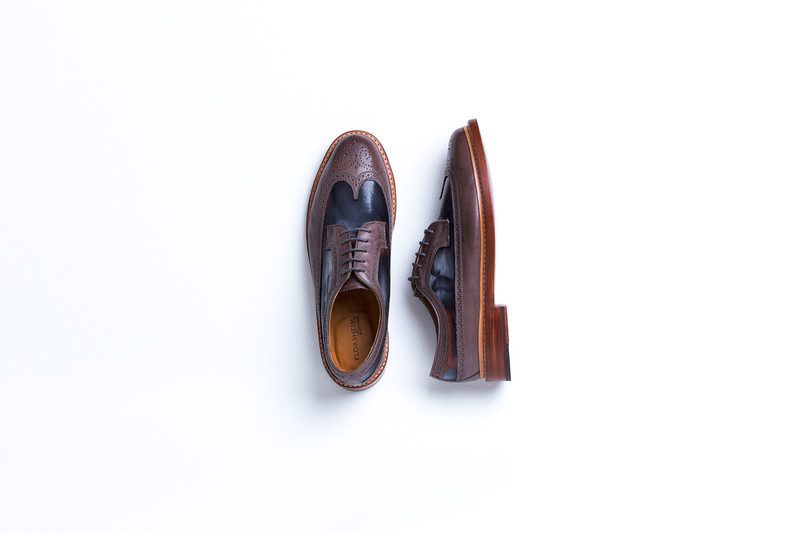 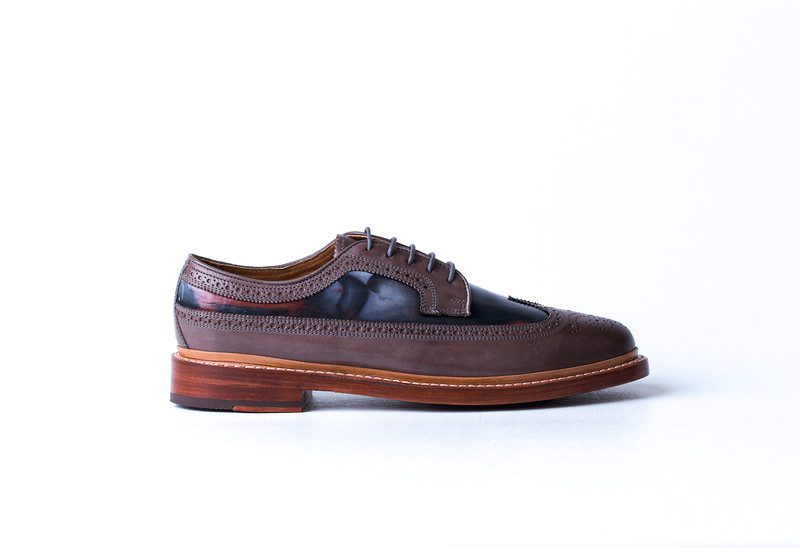 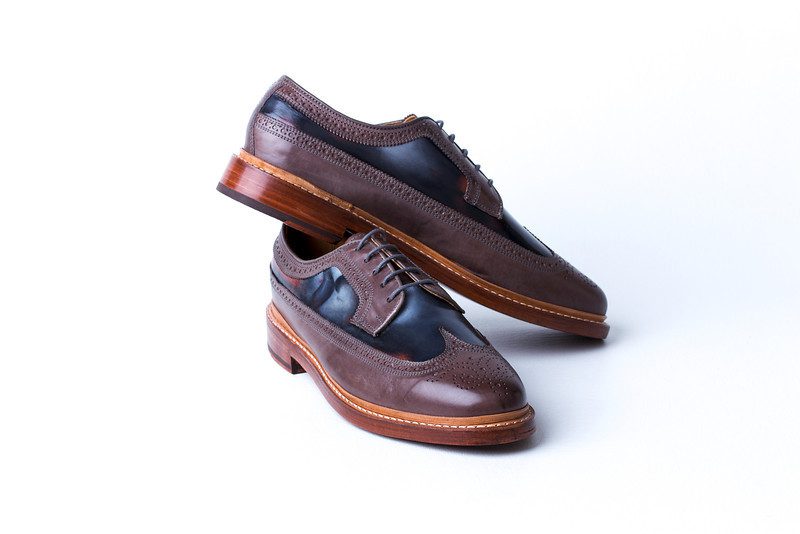