There are three kinds of injuries for big men that set off panic alarms in NBA front offices: back, foot, and knee injuries. Joel Embiid has suffered back, foot, and knee injuries in just 28 college games despite playing only 23.1 minutes per game against young guys with undeveloped bodies. The back and foot injuries were stress fractures which occur because of fatigue and overuse.  This is borderline laughable – two stress fractures in 28 games? That’s what you call a….. 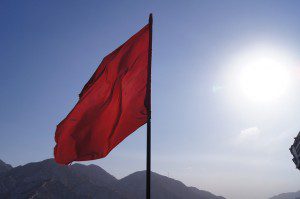 Why is anyone arguing that being young makes this less of a problem? Greg Oden, 26, is still young. He didn’t even play a single minute in the 2014 NBA Finals while the Miami Heat were being blown out due to a severe back injury although the chronic knee problems (five knee surgeries before he left the Portland Trail Blazers) are what plagued him earlier in his career. In his college days, Oden was more polished and explosive than Embiid is today which explains why the Blazers picked him before Durant in the 2007 NBA Draft.

Embiid has the sort of potential and size that scouts salivate over because he’s graceful and doesn’t fall over himself like Roy Hibbert. Footwork is something that most NBA big men lack but Embiid would enter the league as one of the more impressive moving 7-footers we have seen in a quite a while.

The possibilities for Embiid are tantalizing until you think about the precedent of big men with injuries. Once Andrew Bynum, Yao Ming, Brook Lopez, Zydrunas Ilgauskas, Arvydas Sabonis, and several others had severe injuries to one of the big three problem spots that persisted once they first became present. Each of players listed here continued to be productive veterans at least a few seasons following the severe back, foot, or knee injury. That’s great. But that’s not why you draft a guy number one overall. Franchises are seeking cornerstones for the next decade, preferably Duncan-esque.

Ideally, winning the draft lottery puts a team in position to win for the foreseeable future. Guessing wrong happens, but avoiding a likely disaster is always a good idea. Joel Embiid is already breaking down. There’s no reason to take a flier on a player like Embiid with the number one pick when Jabari Parker and Andrew Wiggins are present in the same draft. This advice is an indictment of Embiid’s injury history, not his game. Could Embiid somehow go through his professional career without a major injury? Yeah, of course. Is that likely? Not at all.

Perhaps we should just keep in mind that God hates Cleveland. Whatever makes the Cavaliers look bad after the draft is the exact thing that is going to happen. 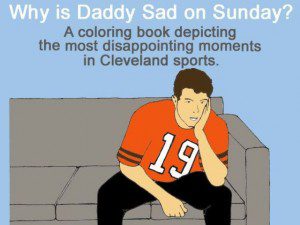