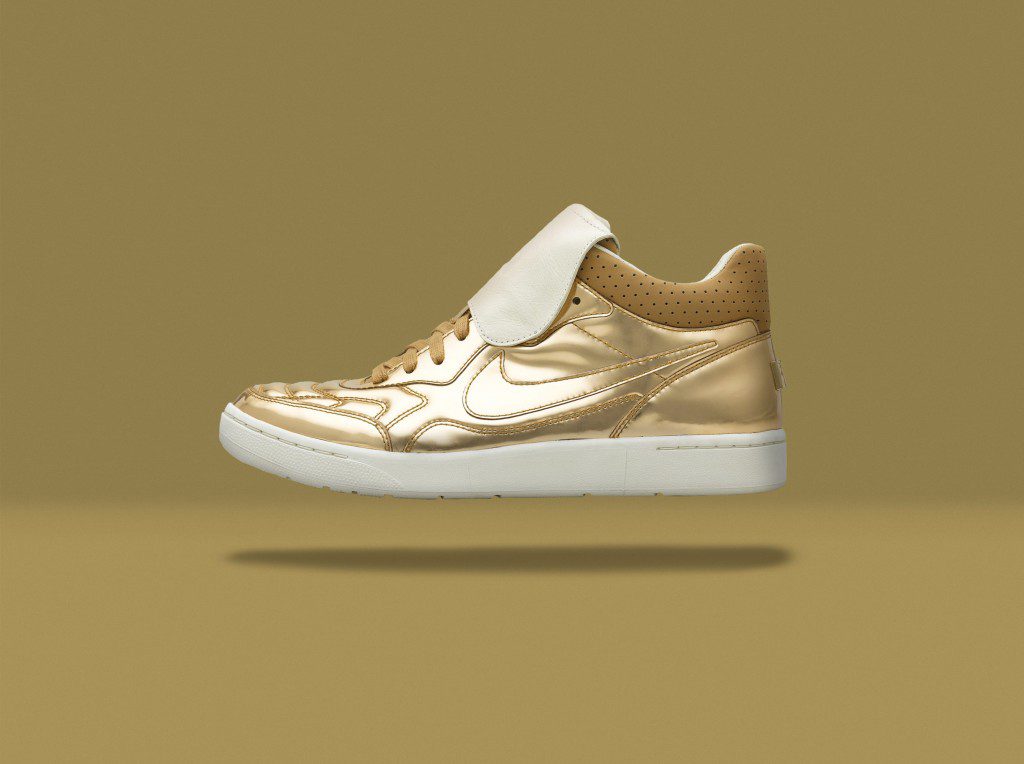 Nike celebrates this summer’s soccer events as well as the 20th anniversary of the Nike Tiempo 94 by gilding the retro football-inspired shoe with a liquid metal finish that hints at the tournament’s top honors and premier players.

When it debuted on pitch in 1994, the Nike Tiempo 94 established itself as a game-changing boot. Transformed into an off-pitch shoe with a go-anywhere sole, it was cemented as a favorite of players and fans alike. To honor the ongoing allegiance of both groups, Nike wrapped the trademark sneaker’s synthetic leather upper in a Metallic Gold hue, featuring a liquid-like finish inspired by the Periodic Table of Elements, specifically the element of beryllium, with its abbreviated symbols: 9 (atomic weight) and 4 (atomic number).