Next time on NBA Z (the non-existent NBA anime about front office drama), we learn the fate of Jason Kidd after he failed to coerce the Brooklyn Nets into making him president of basketball operations while retaining his title as head coach. The Nets balked at Kidd’s demands and also let him know that he would no longer be coach of the team. Following that development, a deus ex machina suddenly appeared in the form of the Milwaukee Bucks who traded two second-round picks to the Brooklyn Nets for the right to hire Jason Kidd as their head coach and president of basketball operations – yes, both Bucks’ positions are filled. Consequently, Larry Drew is no longer the coach of the Milwaukee Bucks.

Maybe we shouldn’t be surprised that Jason Kidd tried this power play. One of the more interesting takeaways from the recent rash of coaching hires was the amount of power allotted, and the salaries of the contracts. Stan Van Gundy was hired to become the head coach and president of basketball operations for the Detroit Pistons. Van Gundy’s resume includes 15 years of NBA coaching with great success. Steve Kerr and Derek Fisher were hired as head coaches by the Golden State Warriors and New York Knicks respectively, and given 5 year deals worth $25 million despite lacking prior coaching experience. Kidd’s salary is comparatively light for a guy with similar qualifications: Kidd’s four year deal is worth $10.5 million, i.e. one year less than Kerr and Fisher and less than half of the money.

The market price changed drastically in less than a year. Kidd wanted to rectify his bad timing by acquiring more power in the Nets’ organization, understandable but he might have ruined his reputation around the league in the process. The most confounding detail in this story is the Milwaukee Bucks who have been willing to welcome the soap opera of Jason Kidd with open arms. I’m guessing Kidd would not be a great influence on the Jabari Parker, the no.2 overall pick in the 2014 NBA Draft. The Bucks offered a second round pick to the Nets for the rights to Kidd’s contract. The Nets asked for one more and got it because Kidd has a close relationship with one of the Bucks’ new owners – the same way that Fisher and Kerr got their gigs. Networking is so underrated.

We shouldn’t blame Kidd for trying to pull this off. He was hired to be head coach of the Nets despite unresolved charges from a DWI case in which he totalled a Cadillac Escalde by running into a pole (Kidd was suspended two games to begin the 2013-14 regular season as a result of this case). 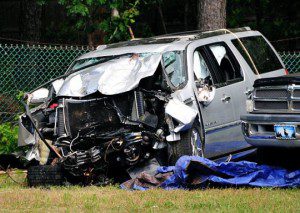 Anyone would feel infallible after that. Kidd also had the Bucks as a back up plan in case the Nets decided to let him go. Kidd was already thinking a few steps ahead of everyone else. Should be slow clapping or grimacing at this situation? There’s nothing wrong with doing both at the same time.

Kidd went from almost being fired by the Nets last Christmas to a situation where he could become coach and president of the Bucks when they have flexibility and one of the best basketball prospects of the last decade. Well played, sir. Well played.