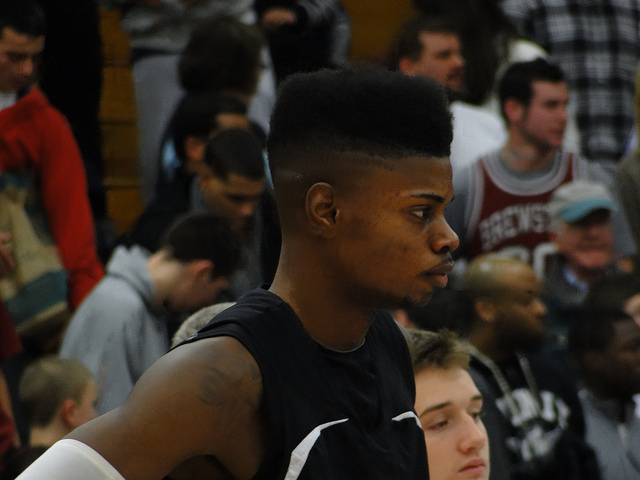 Adam Silver is a brilliant NBA commissioner, deftly erasing any doubts regarding his fitness for the position through aplomb handling of the Donald Sterling saga along with compassionately drafting Isaiah Austin, and yet, for his astounding success he still fails on the single biggest problem in the NBA: tanking.

Faithful readers of Baller Mind Frame will note that I’ve used this space previously railing against this insidious practice that robs fans of quality basketball. Commissioner Silver’s remarks published in USA Today provided an interesting, but flawed defense of the Philadelphia 76ers tanking. The gist of his remarks are that the Sixers have a long-term plan and their adherence to their plan is to be lauded. Furthermore, Commissioner Silver attempted to create an equivalency between the Sixers and businesses that are restructuring. Where the commissioner is wrong is this equivalency fails to address the damage wrought to the Sixers brand could last far longer than the short-term damage businesses sustain during the restructuring process.

Consider these facts: the Sixers ranked 29th in attendance this past season (the Bucks attracted roughly 400 fewer fans on average), the Wells Fargo Center averaged 68 percent of seats filled placing the Sixers 29th in attendance percentage (the Detroit Pistons were 0.2 percent lower, but averaged 15,005 fans per game compared to the Sixers 13,869), and sales of Sixers merchandise were predictably abysmal. These facts tell the story of a rabid fanbase looking elsewhere for basketball or disconnecting from the sport due to their favorite franchise’s disregard for putting a quality product on the floor.

Sam Hinkie attempts to explain his logic here (relative to selecting Nerlens Noel during the 2013 NBA Draft), but the refrain falls flat. Prior to the season the only reason to watch the Sixers was the emerging play of Jrue Holiday. During the season, Evan Turner started to play well and the Sixers promptly banished him to the depths of the Indiana Pacers bench. The optimist will point out that Michael Carter-Williams won the NBA Rookie of the Year Award; the pessimist will note that this season’s batch of rookies could be described as anything from woefully inadequate to somewhat lacking. The Sixers’ slogan for this past year could very well be, “We have the best of a bad lot.” Surprisingly, hordes of fans are not beating down the ticket office of the Wells Fargo Center breathlessly anticipating the upcoming Sixers season.

Then the 2014 NBA Draft occurs – banner night for the league, Commissioner Silver and Andrew Wiggins’ tailor. The Sixers landed the third pick in the lottery (does this mean your season is a failure if you shamelessly turn your team into an above average D-League constituent and can’t even land the first pick?) and pull the trigger on Joel Embiid – a player recovering from surgery to repair the navicular bone in his foot. Hinkie isn’t satisfied with having one player that quite possibly will not play this season, so he engineers a deal to acquire the rights to Dario Saric, a player that just signed a three-year deal to play in Turkey. The Sixers drafted two players that could very well not play this season. Nerlens Noel, received in exchange for the aforementioned Holiday, has not played competitive basketball in almost 18 months. The uninitiated might believe that the Sixers plan is to acquire players that will never play – not a bad idea, if nothing else Hinkie can always fall back on the tried and true trope of “injuries robbed Noel and Embiid of their true effectiveness.” Hinkie pleaded for Sixers fans to remain patient, invoking heavily clichéd ideas of sacrificing and light at the end of the tunnel: tropes only the most desperate of Sixers fans could hang onto.

But, as Commissioner Silver says, the Sixers have a plan and they’re sticking to it. This is to be lauded!

Consider the crevasse the Sixers attendance and merchandise sales fell into, and how many reasonable fans are willing to pay to see a team attempt to tackle immortality – not the immortality of a championship chase, but the immortality of trying to break the record their team set for losing consecutive games. The Sixers have a chance to actually be worse this upcoming season than they were last year – no small feat for a team that won 19 games and lost 26 in a row.
But, as Commissioner Silver says, the Sixers have a plan and they’re sticking to it. This is to be lauded! Sixers Nation unite! You have nothing to lose, but your hard earned dollars!

The greatest of all ironies is the Sixers not only are transparently throwing the season, but they’re actually managing to not spend enough money on their payroll. Last year, a year Sixer fans should shun the way right-thinking people shun that old racist uncle, Sixers fans had to pay full price for a ticket to watch a team that did not pay full price to put players on the floor. Why anyone would spend money supporting this team fails the most lenient tests of logic.

No one is saying that the Sixers should harbor illogical dreams of winning an NBA title this year or next, but fans deserve a competitive product. Bill Simmons produced a “re-draft” dating back to 1995, the first year in the modern era that included high school prospects. The most interesting part of his project is the conclusion that drafting in the top spots is no guarantee for success. Read that sentence again. Hinkie is a disciple of Houston Rockets general manager Daryl Morey’s analytical school of thought. His actions are counterintuitive – he is purposely sabotaging his team banking on a future that, as Simmons proved, is solely happenstance.

The last piece of rebuttal to Commissioner Silver’s assertation that the Sixers have a plan and that plan is to be lauded is to think of famous tank jobs: namely the Boston Celtics in the Tim Duncan Draft, and the Cleveland Cavaliers in the LeBron James Draft. The Celtics needed 10 years and two astounding trades to shake off the stink of not trying to win, and the Cavs couldn’t convince LeBron to trust their plan and have drafted first overall in three of the drafts since he took his talents to South Beach (or more accurately, Brickell).

The damage done to those brands should serve as a warning sign to any team pinning their hopes on ping pong balls and the mirthful smirk of Lady Luck.