[dropcap]”O[/dropcap]h, I haven’t watched that, is it any good?” Who among us hasn’t been asked this question by one of our fellow TV-watching friends? Well, I remember I was asked this same question about two years ago when I watched, and immediately fell in love with, a show on NBC called Best Friends Forever. “Is it any good?” I scoffed. It was so funny! BFF was a great friend-based comedy that was brought in as a mid-season replacement and had its six scant episodes quickly burned off the schedule with no plans for renewal. Best Friends for NEVER. So sad. 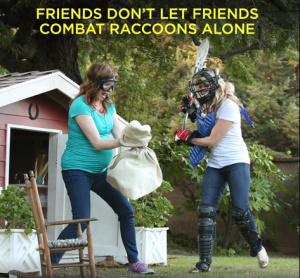 But the gods of comedy have smiled favorably upon us, allowing the comedy team of Parham and St. Clair to reunite on a new network with a new sitcom!

Its costars include Key from Comedy Central’s Key and Peele, Malcolm’s mom from Malcolm in the Middle, and “Gabe” from The Office; guest stars have included SNL’s Bobby Moynihan, “Lutz” from 30 Rock…shall I go on? Well, I won’t!

Look, talking about comedy is never funny, so I’m not going to go into the specifics of any plotlines or jokes. Instead, I will simply implore that you check this show out this summer! Do it in reruns (which is the case, as the season finale already aired). Watch it on USA, or on the USA Network website. You can even watch it on Hulu. 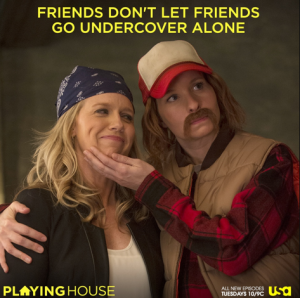 Burnett and Lawrence.
Moore and Harper.
Fey and Poehler.
…and now Parham and St. Clair.

Seriously, these bitches mean comedic business, so get to know them.