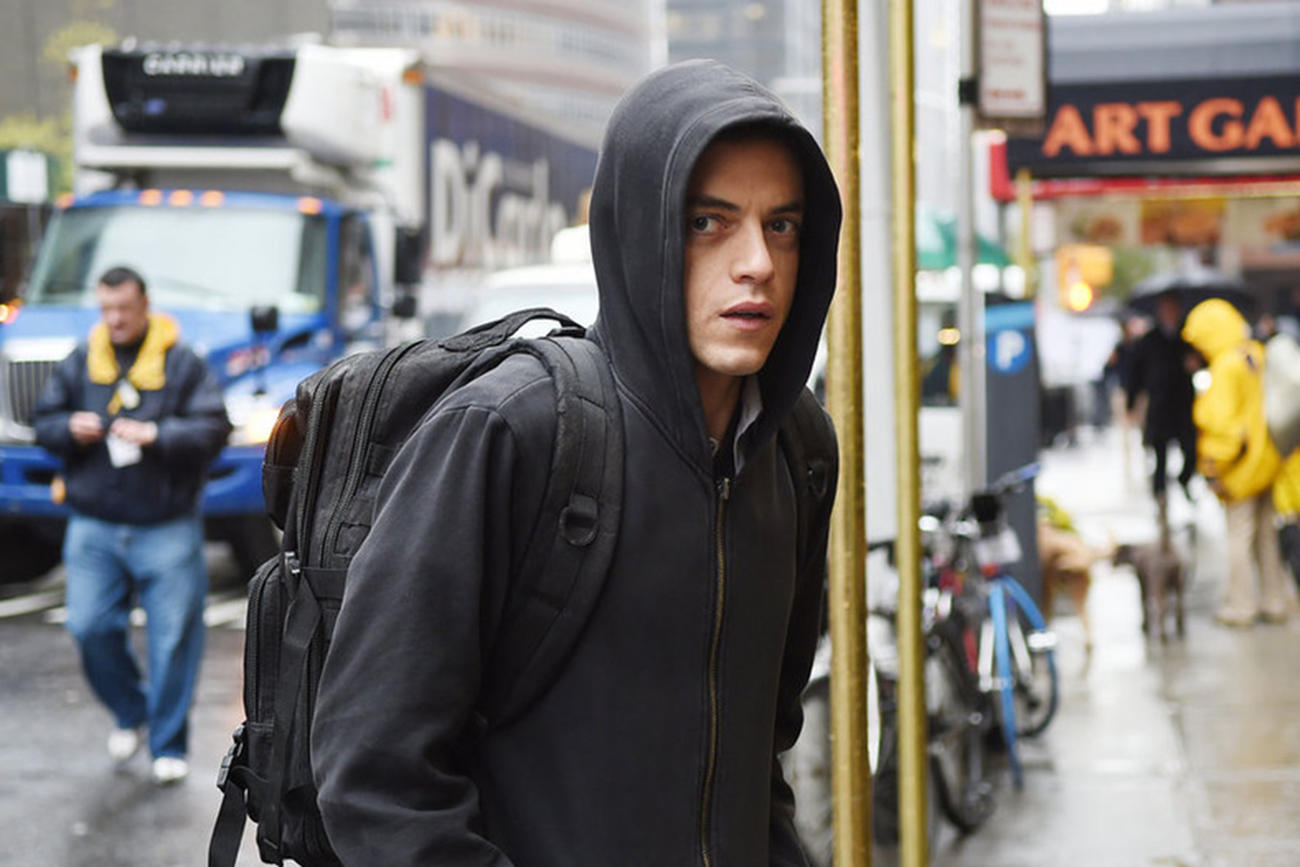 Mr. Robot is stupendous. Behind an intelligent hacker plot and a breakout performance by the usually goofy Rami Malek, this USA series has already developed a major following. Critics have praised the show’s realistic portrayal of the hacking world, Christian Slater resurrects his career from B-actor territory, and audiences are given a refreshing perspective into the idea of an unreliable protagonist with Elliot, Malek’s lead character.

Is any of this surprising? Well, yes. Slater landing a career-changing TV role is a surprise. Malek going from forgettable movie comedies to the center of the summer’s best show is a surprise. But these surprises aren’t necessarily shocks. Slater has always been a memorable face and decent actor. Malek has never been given an adequate dramatic opportunity until now. Here’s the shock, the reality that rocks my world: USA Network is responsible for an extraordinary show.

There, I said it. Not to jump on my television high horse, but I typically have trouble finding enjoyment in shows that aren’t on the likes of HBO, AMC, etc. Comedies are an exception, but dramas and any show with a serious nature is often not all that quality when the USA, TNT, and TBS networks of the world stake a claim.

Let me take you back in time to fully appreciate such a viewpoint. Once, way back when (a couple of months ago), I was sitting in a movie theater. A preview for Mr. Robot hit the screen. “Wow, this looks interesting” I thought to myself. Malek appeared committed to a newfound role, the backdrop seemed gritty, and it looked like modern TV was finally going to get the hacking competent of a show right. Then my hopes were dashed with a punch in the gut: USA Network was behind the project

USA? The people responsible for Burn Notice? The madmen who gave us Covert Affairs? They’re going to define what it means to produce suspenseful television that’s perfectly timely with a needed hacking premise? Okay, USA, in fairness, Suits has been widely praised, and every network has a slew of forgettable airings. But I can’t imagine being alone in having doubts when such an appealing show, one more than worthy of HBO or AMC merit, was to be revealed on USA.

Consider me a changed man. USA, I apologize for doubting you. You know what, you guys created Burn Notice, so I take that back. But great work on Mr. Robot. I haven’t enjoyed a show’s first season this much since Breaking Bad. Mr. Robot is the most relevant and timely series on air. From greedy corporations to thoughtless consumerism, underbelly rebel groups to an uninformed public, USA has captured an aspect of our modern, technologically reliant world.

Just don’t say you saw it coming, unless you’re that rare prophet who predicted the USA Network would devise the strongest show of the summer. If so, enjoy having my respect for the rest of eternity.