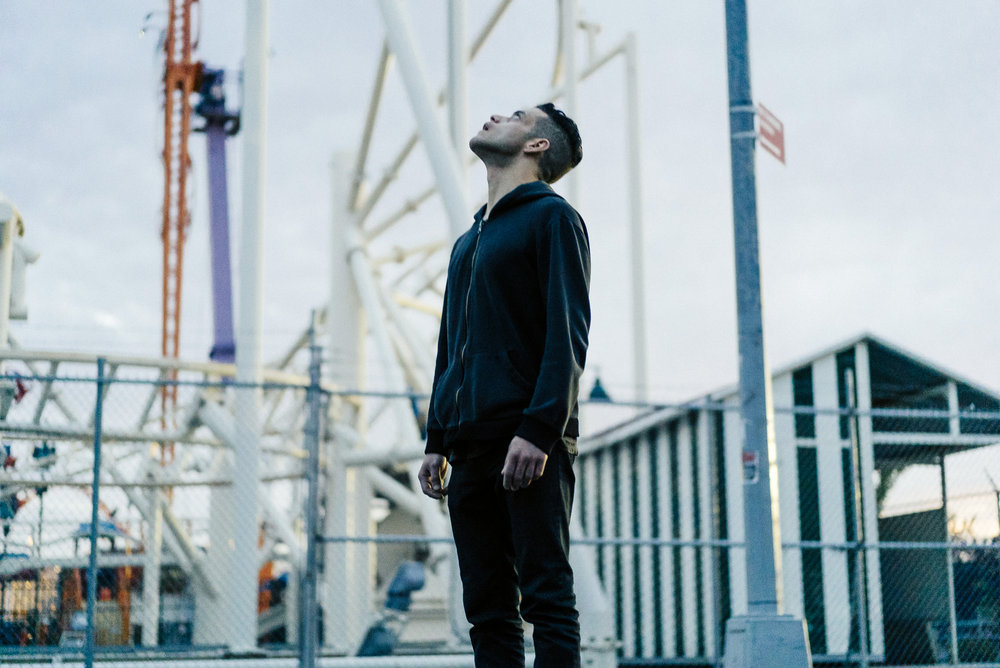 Mr. Robot’s Season 2 ending is finally here. I’m going to be completely honest with you, reviewing this run of episodes has presented a totally unexpected level of frustration. Because of the greatness Season 1 offered (which I didn’t review since I caught it after-the-fact On Demand), I figured recapping Season 2 would be a wise idea. Instead, while enjoyable at times, Mr. Robot has been more enigmatic and inconsistent than anything else. I still support USA’s gem for its darkness, unique nature, and brilliant lead showing by Rami Malek, but Season 2 has put its fans through the ringer.

We begin with Elliot and Tyrell discussing the future. Tyrell is in a desperate place and requires Elliot’s assistance. How they form a bond, however, is an unknown. One could argue the ball has been dropped on this relationship. FAR too much time was spent with the audience being left in the dark on Tyrell’s status. Also, for goodness sake, is Darlene still alive? We’re now officially a full episode AND THEN SOME since the restaurant she was dining in was lit up with a series of bullets. Answers would be lovely.

Elliot follows Tyrell into a place we’re unfamiliar with. It’s an operation backed by the Dark Army. “Your disposition is very much concerning,” Tyrell tells Elliot, a factor that’s present since Elliot doesn’t remember exactly what he and the highly wanted man had planned together. Was this Mr. Robot’s doing? Perhaps. But as we know, Mr. Robot’s actions and Elliot’s have always been one in the same.

Darlene is alive! Sound the horn and blast the music… She’s being interviewed by Dom and another agent. I’ve always found Darlene to be incredibly attractive, but the show does a wonderful job of making her look rough here. She’s as pale as a ghost and looks how she should given the loss of her friend and near death situation she went through. Darlene is grilled by the other agent who says “this is not Burn Notice” to explain the gravity of her situation.

Joanna appears at the door of an old Tyrell co-worker. She accuses him of sending over gifts and making phone calls. Remember that this is the man who experienced his wife’s murder at the hands of Tyrell. And as one could expect, he’s turned rather vindictive due to his loss. Right when it looks like Joanna is going to comfort the man after he admits being the one behind the messages, she says “you pussy” and proceeds to demean him and his deceased wife with multiple insults. Joanna is strangled and beaten severely in a scene that’s brutality is over the top.

What’s with Mr. Robot trying to reach Game of Thrones levels of shock value violence this season? The same result of this scene could’ve been accomplished with the man temporarily putting his hands on Joanna’s neck only to realize they’ve both been through enough. Instead, they chose a different route.

Darlene is in the deepness. Dom attempts to press her with potential evidence and do anything to make her talk. Darlene doesn’t feel like a typical candidate to crack, but as the hours go on and the evidence mounts, her mindset may alter. Meanwhile, Elliot is in a similar water-rising-above-your-neck situation, he’s just dealing with Tyrell rather than an FBI agent. Although Mr. Robot has offered its horrible moments during Season 2, at least this episode features tension.

Joanna survived the attack, perhaps miraculously. That degree of a beating could’ve easily killed her. Joanna’s fling gets infuriated and offers to kill the man, but this scene leads to a terrifying possible realization – did Joanna intentionally get herself nearly murdered to create sympathy from her boyfriend and then trade his sympathy for manipulation? She has a plan for him to lie to authorities in what she describes as the best way to seek vengeance. Knowing Joanna, it seems likely the attack was merely a set piece in her game of deception.

Darlene sees her picture on the board mapped out by Dom and her comrades. In this moment, Darlene almost certainly realizes the magnitude of her actions. I’m not sure exactly what Dom expected here, but maybe she’s just hoping the entire scope of the situation will cause Darlene to fess up entirely. That’s something I doubt.

With Elliot attempting to eradicate the progress he and Tyrell have been making, Tyrell pulls out a gun. This is where Elliot’s mental illness is vividly portrayed. He had apparently put this development into motion only to now back out, which in a way makes Tyrell’s behavior justified. To Tyrell, Elliot’s inconsistency is utterly inconceivable. To Elliot, he convinces himself that this is a game, that Tyrell isn’t even present and there’s no gun involved.

Elliot gets shot in the stomach and collapses. As Tyrell looks over him, Christian Slater’s Mr. Robot character fades away. What are we to make of this scene? There’s no chance in hell that Mr. Robot just killed Elliot, right? Tyrell calls Angela and she seems completely on board with Elliot being shot, unless I’ve gone crazy. She wants to be the first person he sees when waking up. In this frame of time, Angela’s behavior doesn’t make sense. Until next season, hopefully one that’s far better in the clarity and enjoyment departments, we wait.