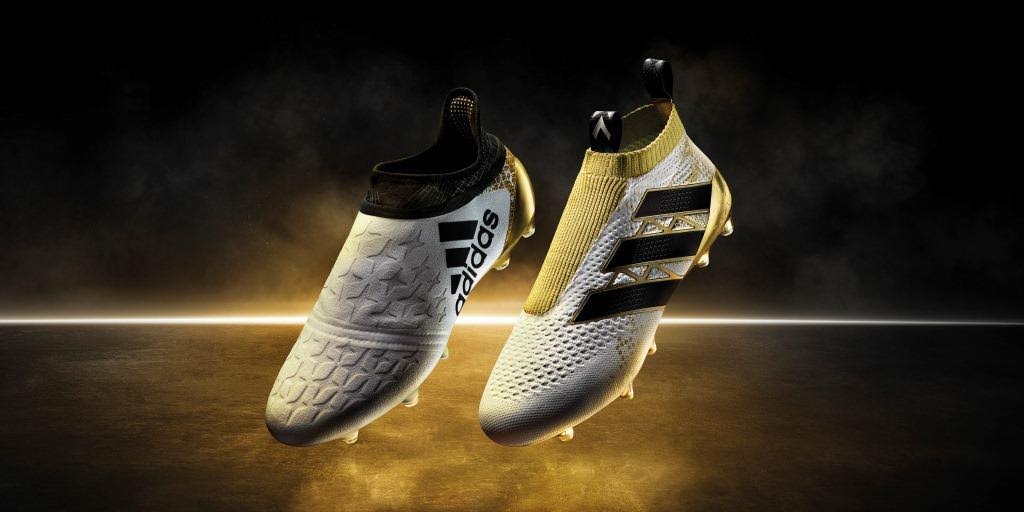 adidas Soccer today unveiled the Stellar Pack, inspired by the light side of the moon. The cleat collection is available in a white and gold colorway and come in adidas’ X16+ PURECHAOS and Ace 16+ PURECONTROL silos.

The world’s first high-performance laceless boot – The ACE 16+ PURECONTROL – features a white Primeknit upper with NON STOP GRIP (NSG) technology to deliver an unrivalled surface for close ball control, while a PURECUT system, in gold, creates an uninterrupted striking surface. The ACE 16+ PURECONTROL will be worn by the likes of Paul Pogba and Mesut Ozil. 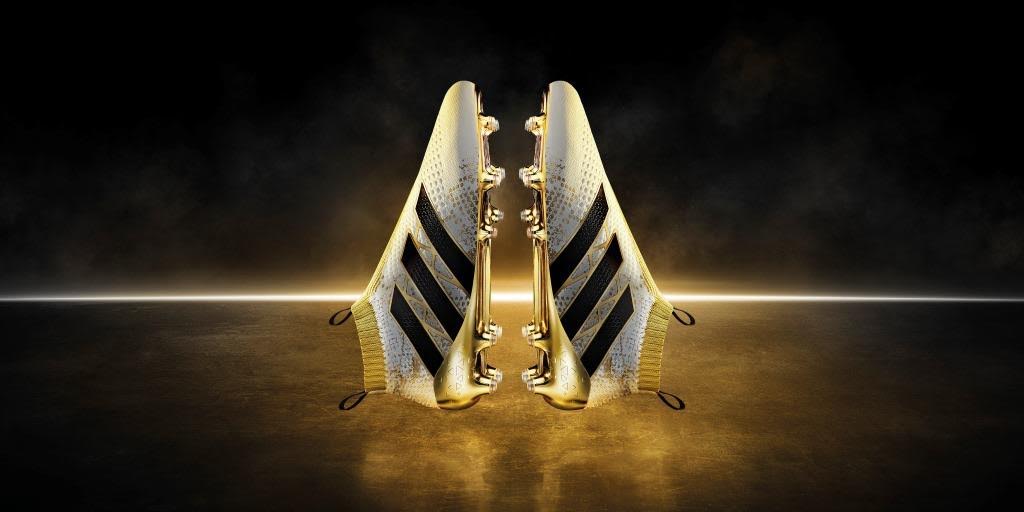 The X16+ PURECHAOS – designed for the game’s fastest players and those who like to cause chaos – features a state-of-the-art PURECUT SOCK SYSTEM, which covers the boot laces to give players the ultimate fit. The white NON STOP GRIP (NSG) finish features an updated star design whilst a gold SPRINTFRAME outsole offers stability during high-speed movements. The X16+ PURECHAOS will be worn by the likes of Gareth Bale and Luis Suarez.

Customers at adidas’ flagship stores across Europe have already been the first to see the new Stellar pack through a ground-breaking in store Virtual Reality experience on PlayStation®VR. Visitors were not only the first to see the new boots, but were given an exclusive experience on the new PlayStation®VR headset before its release. The in store experience went live on September 21st and is the first time a football boot has been launched through a VR experience before its official release. The experience will continue until October 9th in flagship stores all over Europe including London, Barcelona, Madrid, Berlin, Paris and Milan. PlayStation®VR is the forthcoming Virtual Reality headset for PlayStation®4, launching globally on October 13th 2016. 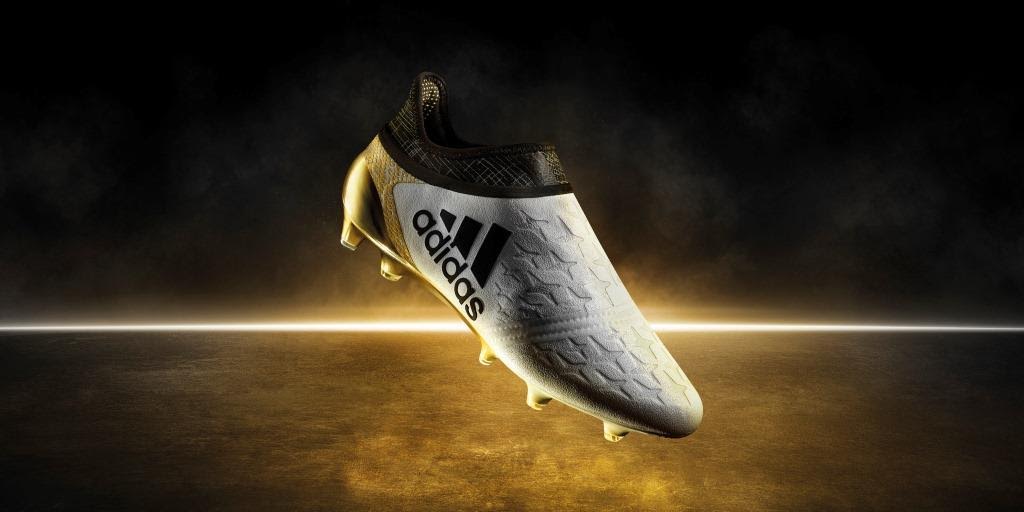 Stellar Pack will be worn on-pitch from September 27th by some of football’s biggest names – including Paul Pogba, Gareth Bale, Luis Suarez and Mesut Ozil – and will be available to purchase from selected retailers andadidas.com from September 30th.

For further information please visit http://news.adidas.com/US and @adidasSoccer on Twitter to join the conversation.