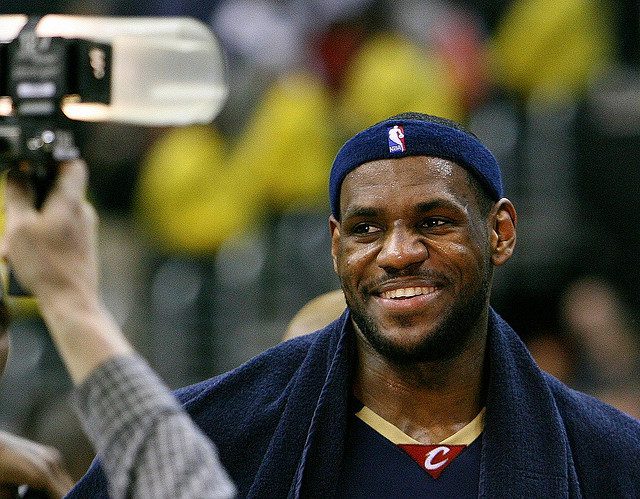 LeBron James, in an exclusive essay on Sports Illustrated, let his intentions for next season be known and he’s joining the young and talented Cleveland Cavaliers. LeBron has given rejuvenated hope for a championship with this move back to Northeast Ohio, which according to him is a move bigger than basketball. The introductory paragraph of his essay (as told to Lee Jenkins) is one that is tangibly sincere and illustrates how much thought he put into his decision:

LeBron alludes to his decision four years ago, the infamous Decision that became a spectacle that most, post-announcement, other than Miami Heat fans, thought was a bit over the top. Well, a lot over the top. But, to be fair, we all watched it.

If I had to do it all over again, I’d obviously do things differently, but I’d still have left.

This time, LeBron’s announcement was significantly muted. And as he says…

I’m not having a press conference or a party. After this, it’s time to get to work.

So, now, an older and much more accomplished and mature LeBron James will be among the young group of Cleveland Cavaliers players looking to rise up with him. He’s the self-pronounced “old head” of the team that features Kyrie Irving, Dion Waiters, Tristan Thompson, and possibly, 2014 NBA Draft first overall pick, Andrew Wiggins. Wiggins is rumored to be on the trading block to bring Kevin Love to the Cavs, but let’s not worry about that just yet.

Let’s all digest this news of LeBron James heading back to the Cavaliers, looking to bring a title to the region he loves so much, to raise his family in the city of Akron, to come back home.

Return of the King, indeed.