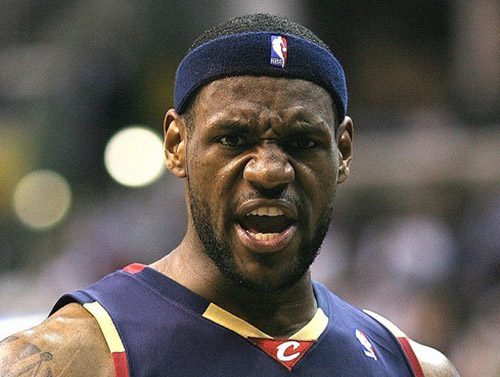 The oft-used cliche of “you’ll always remember where you were when you heard…” makes another appearance in pop culture thanks to LeBron James’ announcement that he will return to the Cleveland Cavaliers as told to SI’s Lee Jenkins. No sports fan in Northeast Ohio will forget this day that signaled hope in the region.

Three days ago was the first time I seriously considered the possibility of LeBron coming home. I refused to get my hopes up because I truly thought he would go back to the Miami Heat. He lost in the NBA Finals and it seemed that he would want to avenge the loss. But the silence continued on, and so did the rumors.

Then the latter part of last week hit and news broke that there were squad cars in front of LeBron’s house. More silence. I, along with most of Northeast Ohio, refreshed Twitter seemingly every minute to hope for some breaking news from Chris Broussard or the omniscient Adrian Wojnarowski AKA Woj. Still nothing.

This past Friday rolls around and I wake up to news that LeBron may be hung up on the letter that Dan Gilbert wrote following The Decision. Little did we all know that Dan Gilbert and LeBron had already met and made up in Miami.

Noon rolls around and still no news. “A haircut seems in order,” I say to myself as I realize that my LeBron-less life lacks excitement. After some mindless barbershop conversation filled my mid-afternoon, a former teacher of mine walks in and casually informs me of the biggest news of my life as a sports fan.

“It’s official, he’s coming home,” he says as it starts to hit me and all of Cleveland as they hear it from their respective sources, mine being a high school History teacher. LeBron was coming back to Cleveland. He has returned. Return of the King. He has come home.

To be honest the moment of the announcement led to less excitement and more a surreal feeling of the moment. It is tough to explain to people not from Cleveland why the city is so special to all of us who live here. The sense that our time will come is always there, except no one truly believed it after LeBron left for Miami four years ago.

All hope was lost when our one true chance at a title went south. And it was not just that he was the best shot at a title for all of Cleveland sports, but he provided hope for the town. As the Cleveland Indians and Cleveland Browns struggled every year, one could always look forward to basketball season. The Q was an electric place to be 41 times a year and it was all because of LeBron.

The past four years have been absolute torture for Cavs fans. The only bright spot has been the potential of the roster, but now it is the potential of a championship. Just a few weeks ago it was the fact that the Cavs drafted Andrew Wiggins. Would he be enough to get the Cavs to the playoffs? Maybe, but nothing was for certain.

Now the torture is over. The surreal feeling of having something great return to you after a four-year absence is still settling in with Cavs fans and it is a beautiful feeling.

The fact that he is coming back is seemingly unreal, but the way he did it was so perfect that it adds to the legend. After weeks of silence he made his return decision through an essay delivered through Sports Illustrated. I do not know if there has ever been such an eloquent way for an athlete to choose a team in free agency than through the way LeBron made his return. No press conference and no party. Just a message that he is coming home. That is all we needed. We are not Miami. We do not need to act ridiculous to support a team when we find it convenient to do so. I apologize to the actual Miami Heat fans, but the majority of those at Heat games are just the worst kind of sports “fans.”

Now that he is back the only thing to wonder is who else is coming to Cleveland – Kevin Love or Ray Allen are potential new additions to the Cavs. A team, a town, a region that went from rags to riches in a matter of minutes has sparked excitement in a place that desperately needed some.

There are those who claim they do not want LeBron back, but I find these people to be ones who do not actually watch the game of basketball, so unfortunately for them, their opinion is irrelevant to the millions celebrating this news. These people seem to forget the idea of forgiveness, or they are not able to read the message that LeBron wrote. Either way, negativity will not be accepted upon such a legendary announcement.

Wiggins made his NBA Summer League debut and the Indians returned to .500 last night, but the focus was and will be on LeBron until the most anticipated opening night in Cleveland sports history rolls around. He’s home now and all will be alright on the shores of Lake Erie.