The death of Robin Williams hits hard among many people.

That first sentence of this post has probably been written about 20 times as I struggled with the manner to begin writing this. I am equally sad, angry, happy, and every degree of emotion in between these three core human feelings. And it’s an odd thing.

I have never met Robin Williams. I do not know what he was like in his personal life. I would never venture to guess the struggle that Williams went through everyday because that would be both disrespectful to him and a blatant lie to myself. And, yet, I feel this closeness to him through his many pieces of work, of true art, and of his public kindness. Equally, I feel it both unfair to claim this and fair to do so.

Celebrity is a wicked beast that seemingly entitles people to simply allow us “non-celebrities” to pry into one’s extreme moments of fame and infamy. In fact, it can be a quite dirty business and one that can be construed as evil. It’s something said many times about celebrity in our raising people up upon a pedestal to only raze the same pedestal down to bring celebrities crashing among us regular folk. There is no appreciation of the human spirit.

Robin Williams committed suicide, an awful act, not in its execution, but in its deliberation, however quick or slow. I cannot understand this, fortunately, but I can understand loss. We all can – emptiness, singularity, grief. For most of us, these are only brief moments of time. For others, it is constant.

As well as struggling on how to begin this post, I didn’t know which featured image to use. It was between the one you see above, with Williams being carried by his students in Dead Poets Society or this one… 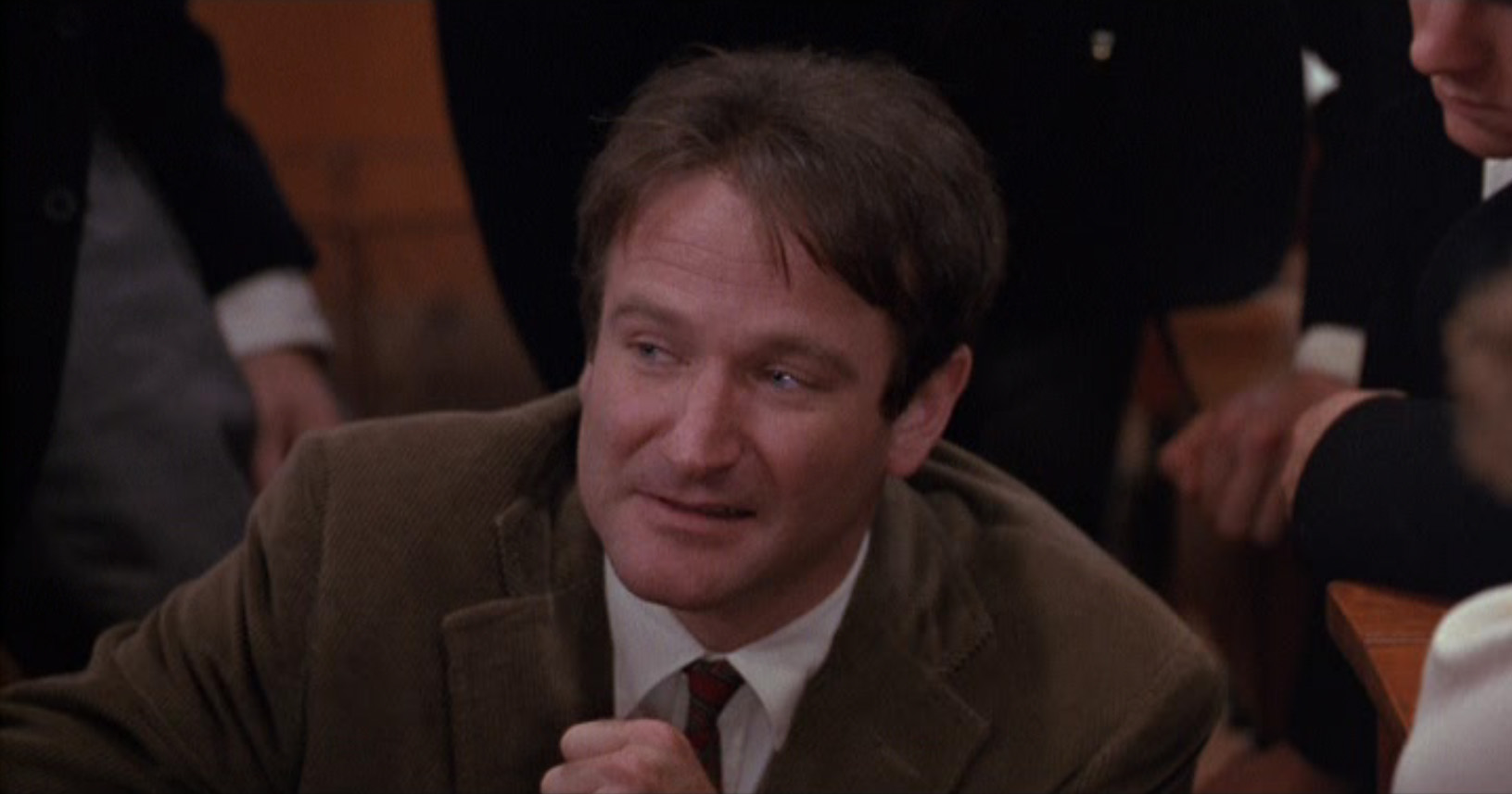 Immediately above we see Mr. John Keating in one of his finer moments of engaging his students, sincerely opening their senses to the possibilities of poetry applied to life. It’s not an easy thing for this feeling of empowerment to come upon us. At first, we are limited in our belief – belief of words, of the necessity of rhyme scheme, of stereotypes, and something that touches our soul. Even this last phrase seems ridiculous to some degree. However, when you are lost in the possibility of poetry, of life, trepidation is like a gust of wind – while it could be strong and physically move you, it will pass. What comes afterward is calm, and we live.

I picked the featured image of Mr. Keating raised up on a pedestal by his students because he affected them. He gave them the inspiration and the strength to bring him above themselves, the way his fans did. I want to leave the memory of him as happy among us all. In a group. In humanity. I didn’t choose the great moment of engagement in the immediately above image because it was an image of him, by himself.

It’s too late, but in his death, I don’t want him to be alone.