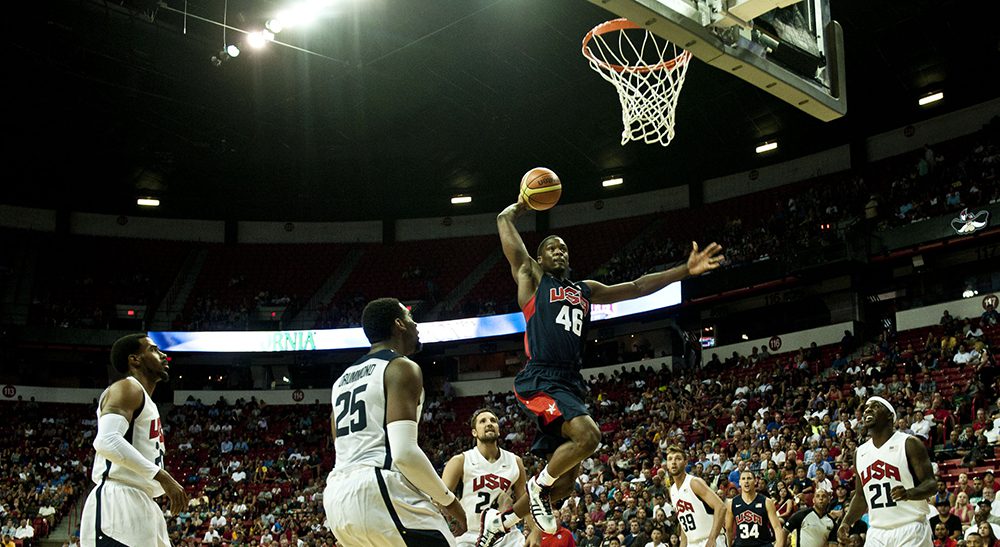 No one is reading the recap of Team USA’s 105-62 blowout victory versus the Dominican Republic to see anything outside of quick stats and highlights. The Dominican Republic was completely overwhelmed in every tangible way before the game even began. Regardless, some interesting tidbits were revealed during the game that worthy of discussion.

Derrick Rose did not play

Rumors are flying about Rose’s health which has led to rampant speculation about who decided he shouldn’t play, and proclamations that he should not participate in international play. According to ESPN, Rose explained, “I want to be out there, but at the same time, my health is the No. 1 issue right now.” Rose needs to make a legitimate choice: participate in international play despite knee soreness or leave Team USA. The knee soreness is not going to disappear once the NBA regular season begins. Rose sat out an entire season for a torn meniscus. A handful of players recently suffered the same injury including Russell Westbrook who was in and out of last season’s lineup before exploding back to full strength by the end of last season.

Rose got hurt last season despite only playing in 10 games and skipping back-to-backs. His body can handle the throttle or it can’t.

Injuries are going to happen, particularly with a fragile lower body. Rose is creating the controversy himself by flip-flopping so much. If he’s on Team USA, he should play and not complain about health, period.

We can’t learn much about the lineups because the Dominican Republic was ill-equipped to challenge Team USA, but the losses of Paul George, Kevin Durant, and Kevin Love necessitated some massive changes to the team’s makeup. Last night’s starting lineup was Kyrie Irving, Stephen Curry, James Harden, Kenneth Faried, and Anthony Davis – that’s still a great set of starters but it lacks the defense and length provided by George, Durant, and Love.

Klay Thompson, Rudy Gay, DeMar DeRozan, DeMarcus Cousins, and Damian Lillard made up the players on the court at the end of the first half. Andre Drummond also stood out while paired with Cousins or Davis, but Hayward was clearly the player who performed a notch below the rest. Mason Plumlee, Chandler Parsons and Kyle Korver received DNPs.

Team USA has to cut three players by the end of this weekend. Plumlee, Parsons, and Hayward are the likely cuts. Rudy Gay has the length long enough to play stretch-4, and Korver is one of the best sharpshooters in the world.