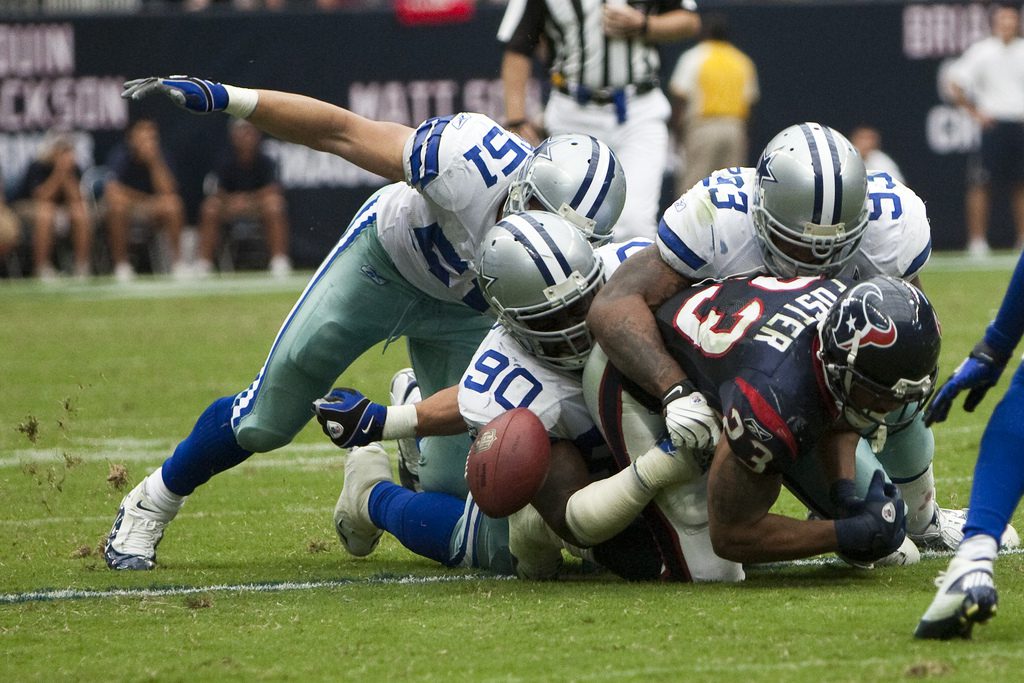 First and foremost, let it be known that the Houston Texans are not the Houston Oilers. Houstonians have learned their lesson when giving up on their team. Regardless of the seasons past, and some truly dreadful ones at that, each and every game at the Houston NRG (formerly Reliant) Stadium has had a sold-out crowd in attendance. Millions of Houstonians live and breathe Texans Football, and their love was put to the test after last season’s painful, recurring nightmare.

After winning three out of their four preseason games, the Texans and their fans were flying high. The year before the Texans even made it to the second round of the playoffs, a team first. Then came 2013 regular season; 2-0 right out the gate. The wins were nice, a positive sign of things to come. Texans fans were riding high, expecting to take things even further in the 2013 season. Perhaps even an AFC Championship Game; easily the AFC South Division winner for the third year in the row, many thought.

Then came Week 3 versus the Baltimore Ravens, thus introducing the dawn of defeat. Months went by without a win, quarterback Matt Schaub lost his starting job, head coach Gary Kubiak collapsed in the middle of a home game, Wade Phillips was made interim head coach, rookie quarterback Case Keenum struggled to walk in the shoes too big to fill. All hope for the Texans could have been lost by their adoring fans. But, to no avail, the stadium seats stayed filled. Texans fans stood by their team, which by the end of season finished with the league worst 2-14. The only upside was the No. 1 draft pick come 2014. But the weight of the season, combined with the heartache of their fans, was palpable throughout Houston.

There’s an old saying that goes something like, “it has to get worse, before it gets better.” Well, after last season’s enduring nightmare, “worse” had pretty much reached its pinnacle. Kubiak promptly found himself out of employment before the season ended, and in January the Texans welcomed replacement Bill O’Brien. The first of many answers to come.

Next stop, NFL Draft 2014. Many people speculated about what the Texans would do with their prime pick. (Not like it was their first rodeo – David Carr, Mario Williams). One thing was certain, if anything – getting another quarterback was not the solution to the problem in Houston. Instead, the Texans drafted Jadeveon Clowney, University of South Carolina defensive superstar. So began the J.J. Watt-Jadeveon Clowney terrible twosome. (As if the Texans run defense wasn’t already strong enough.) If preseason is a preview of Clowney’s regular season future, expect to see him as the top candidate for the Defensive Rookie of the Year come crowning time.

Last, but most importantly not least, the missing link to the Texans hopes for a brighter future. New England Patriots backup quarterback Ryan Mallett. O’Brien may have speculated his interests for months in Tom Brady’s protege, with an almost identical stature and throwing arm to his predecessor, but the trigger was finally pulled after Ryan Fitzpatrick (or more appropriately dubbed Pickpatrick) lamented his faith in preseason. If there’s anything Texans fans don’t want to see, it’s the pick-six. They’ve seen their fair share.

When asked about Game 1 versus the Washington Redskins, O’Brien claimed that Fitzpatrick would get the start. Newcomer Mallett still has to learn the system, and learn he will. If there is one person who seems to not care about the quarterback situation in Houston, it’s Redskins safety Ryan Clark: “Man, I don’t care if they start Ryan Gosling. We’re preparing for the Texans.” Houston, that would definitely be a problem if that were the case.

Step 1 on the road to recovery and Two Stepping back in to contention: a home win over the Redskins, 17-6. Call me optimistic, but I say the Houston Texans have what it takes to go 10-6 this time around.