As New Yorkers, we think this city is ours, but ultimately we’re just witnesses to constant change. I know how much you miss your favorite restaurant/bar/bookstore/weed spot that is now a Starbucks/yoga studio/frozen yogurt shop/Starbucks. Some neighborhoods change more drastically than others, though. Places like DUMBO and SoHo and Williamsburg didn’t just look different in the ’80s and ’90s, they were straight up abandoned. You can read about it or google old pictures but the way things used to be is actually captured pretty well in recent movies (and yes, for the purpose of this discussion, we’ll consider 29 years old as “recent”). Here are a few.

Everyone remembers “Hoo-ah” from Scent of a Woman in one of Al Pacino’s most Pacino-y performances, but do you remember the Ferrari driving scene? It takes place in the DUMBO section of Brooklyn which, at the time, appears to have been completely empty. There were no tech startups, no $18 million Clocktower apartment, no weird guy with no nose who will steal your wedding money. This is not the DUMBO of World Cup viewing parties and a re-vamped Brooklyn Bridge Park. In the ’90s, apparently, DUMBO was just … empty. 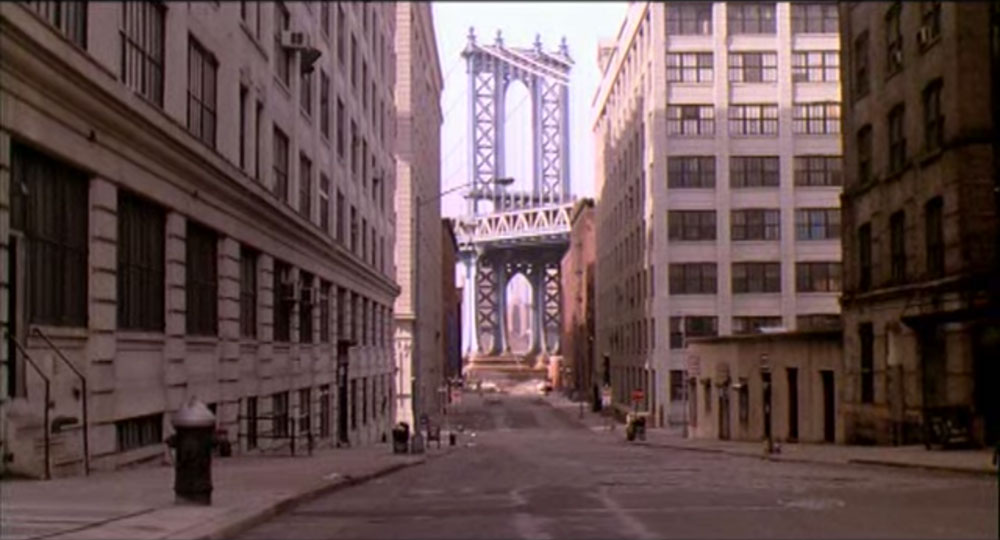 The Manhattan Bridge – broad daylight and DUMBO is completely empty, not even “shooting a movie” empty. Just empty. 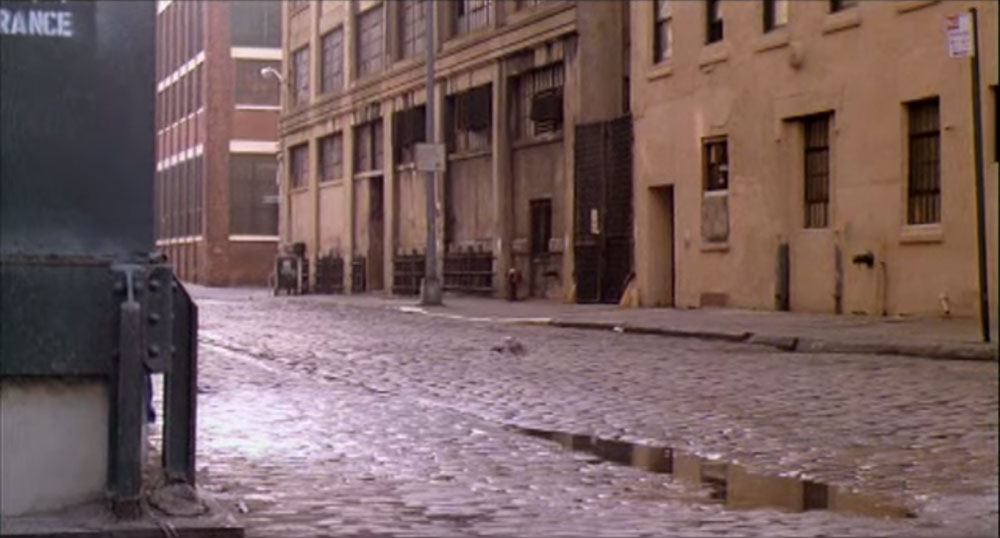 Excuse me, where’s the Freelancer’s Union? 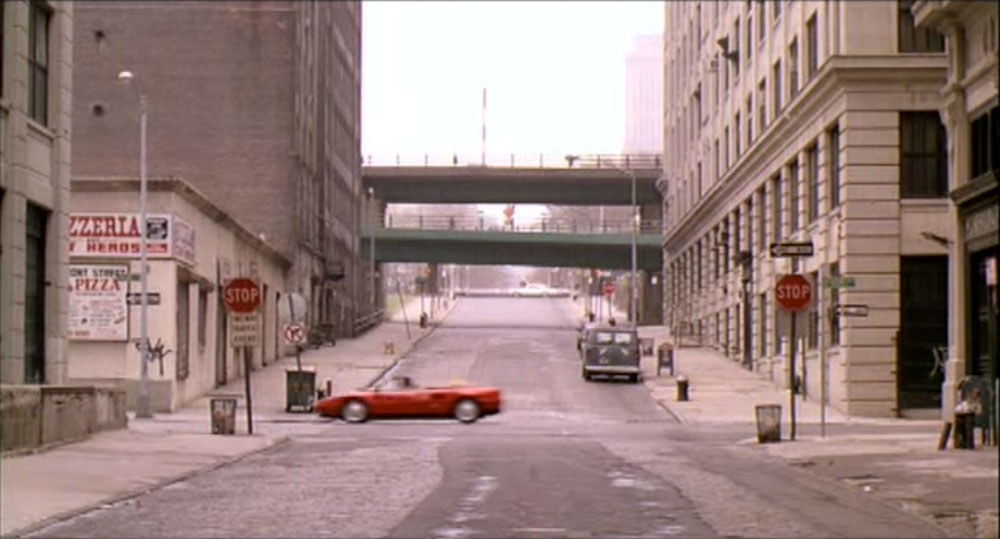 I’m pretty sure there’s a West Elm and a Starbucks on this street now. 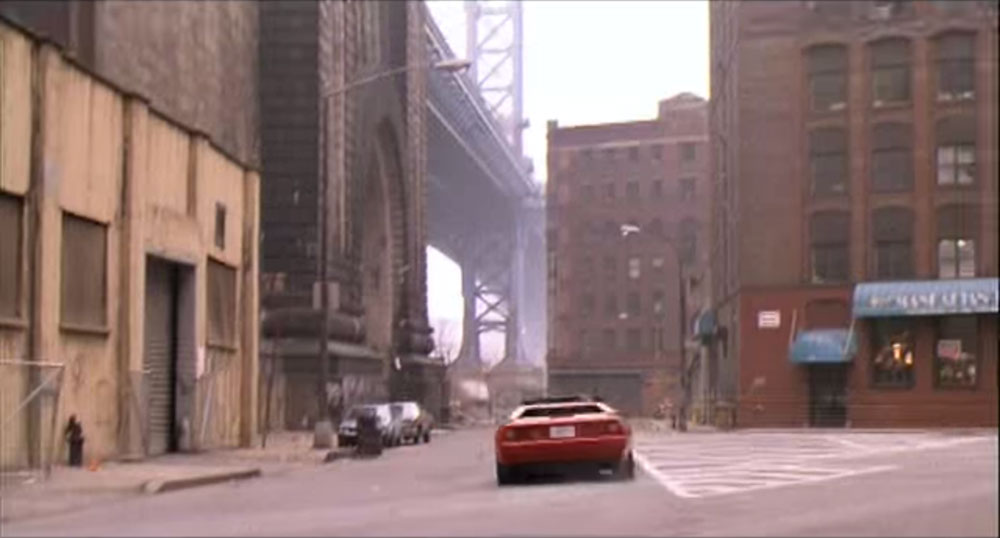 In 2014, people under that bridge watched the United States Men’s National Team lose to Belgium in the World Cup.

In After Hours, Paul Hackett (Griffin Dunne) goes on an after hours quest in this mysterious neighborhood that is “south of Houston” or “SoHo,” if you will, to meet up with a girl. The movie’s premise – that you can both live in and get lost on the island of Manhattan at the same time – is evidence of change and somewhat antiquated. The lost 20 dollar bill that keeps him stranded downtown can now be replenished with a trip to an ATM or he could ride back uptown using his Metrocard. SoHo is presented as a foreign land filled with strange natives (artists, punks, and one reluctant cruiser) that happens to be in the middle of Manhattan. SoHo is full of piles of garbage, covered in graffiti and, once again, completely deserted. 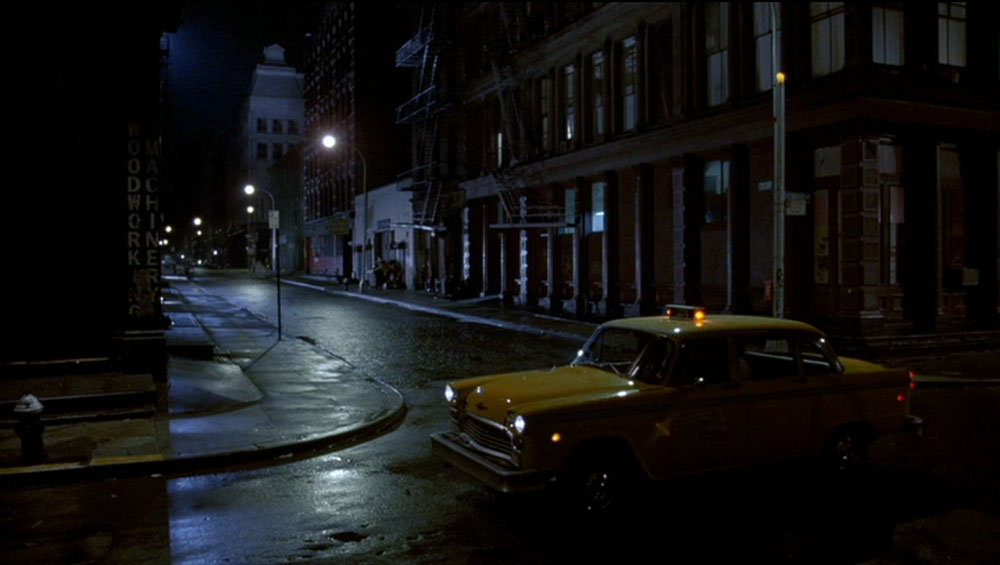 Howard and Crosby, where the hero’s quest begins. 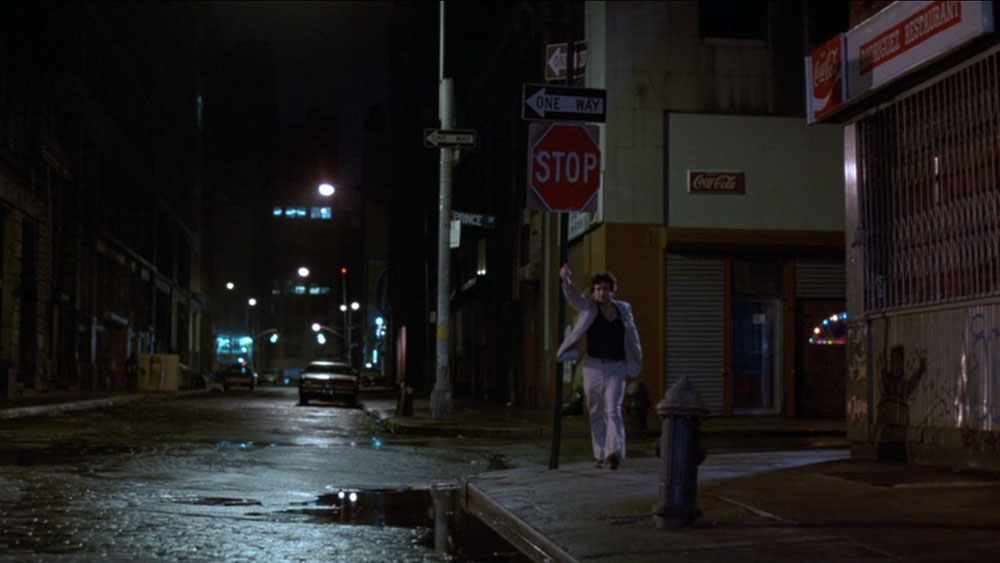 You can see a sign for Prince Street, which, incidentally, is now the street the Apple Store is on. 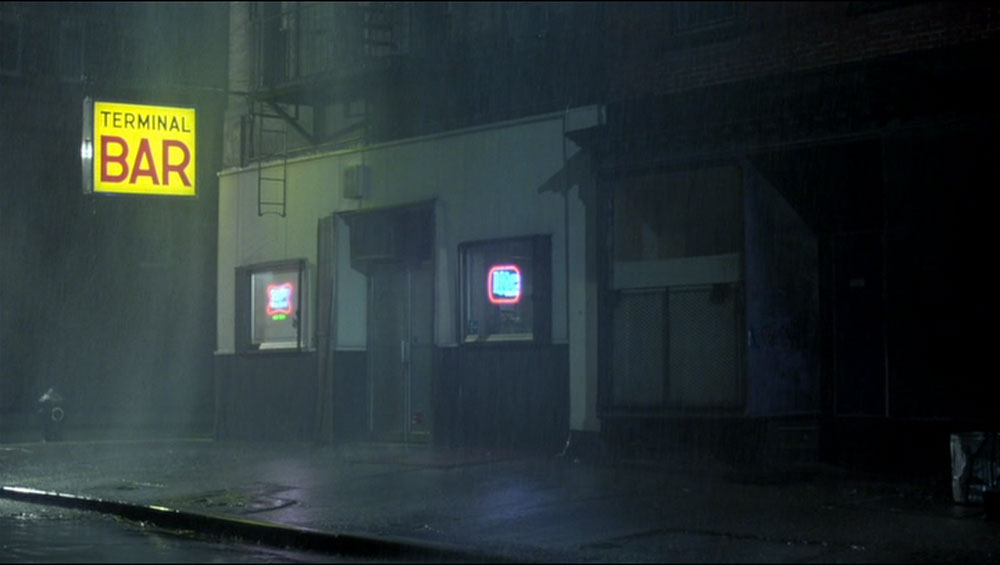 I just don’t buy that any SoHo bar could be this empty after sundown. 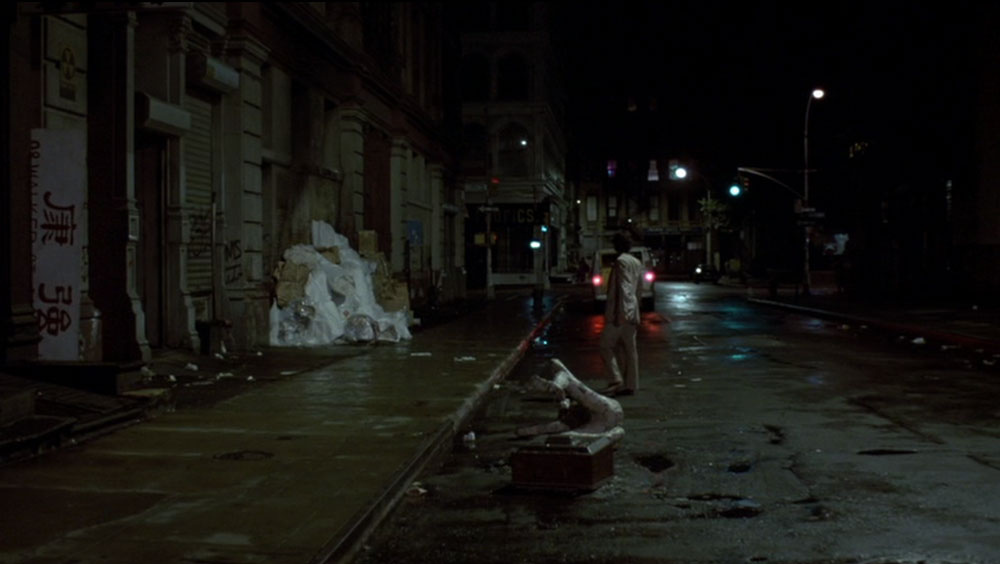 Piles of garbage and graffiti. They wouldn’t allow that outside of the Old Navy, mark my words.

Woody Allen briefly left his more familiar Upper East and Upper West Sides in Hannah and Her Sisters to show Elliott (Michael Caine) orchestrating a meeting with Lee (Barbara Hershey) in her neighborhood of SoHo. It’s like all of the empty shots of  After Hours only during the day. 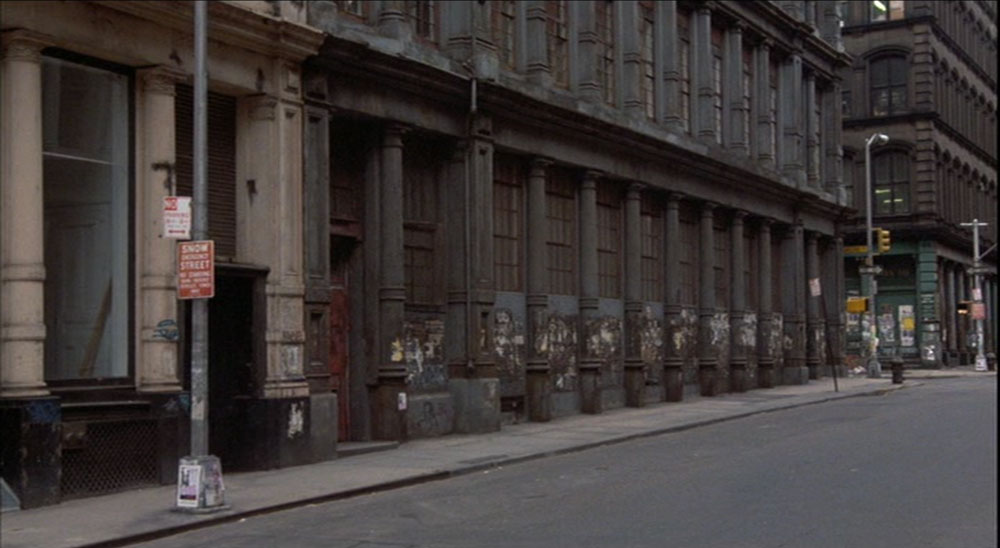 Not even a coffee shop. This might as well be on Mars. 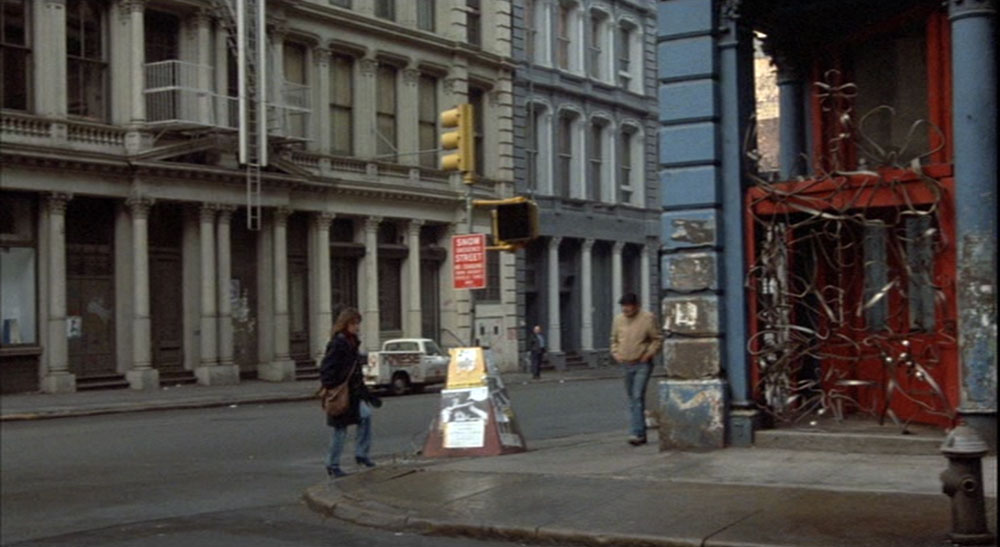 Barbara Hershey walking through a neighborhood that we don’t recognize anymore. 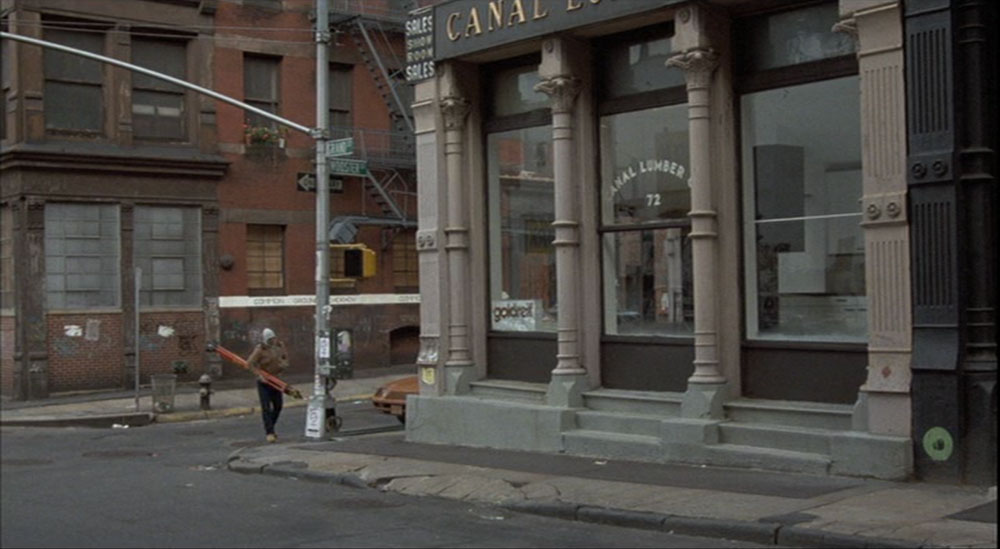 If you owned an apartment here in the ’80s you would be a bajillionaire now. That’s a direct quote from Warren Buffett. 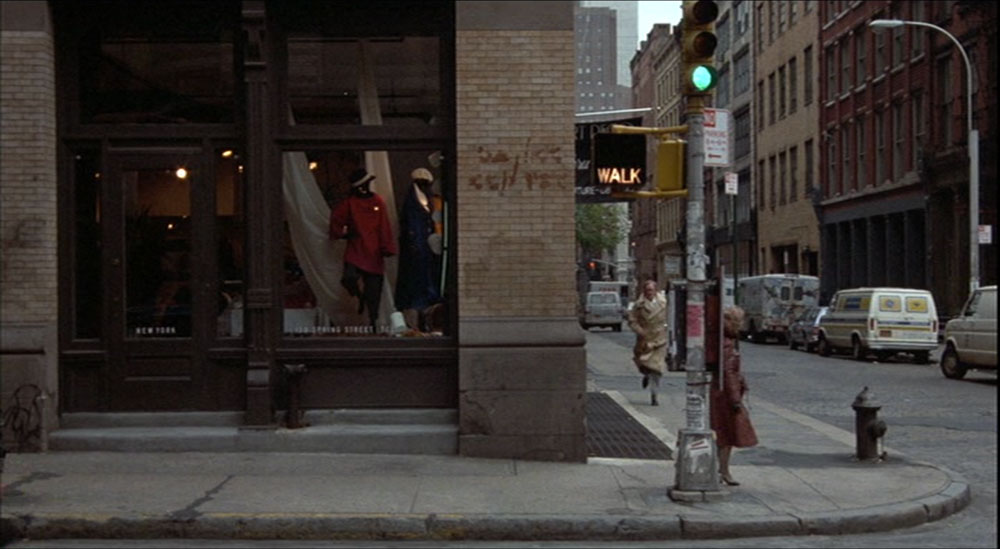 Beneath the old Walk sign, Elliott runs to bump into Lee “accidentally.” There is a dress shop in this shot, a small portent of things to come.

If you haven’t seen Quick Change, you should. It’s a really solid comedy with Billy Murray, Geena Davis, Randy Quaid, and Jason Robards and has some great cameos from Phil Hartman, Stanley Tucci, Philip Bosco (you’ve seen him, trust me), Tony Shalhoub, and Kurtwood Smith (Red from That ’70s Show). It also shows us what Williamsburg looked like far before it became Williamsburg. This isn’t Williamsburg “before it was cool,” it’s Williamsburg before it was cool. In this scene below, given the view of the Empire State Building and the four smokestacks of the Con Ed Building on E. 14th street, I would put them at roughly North 2nd and Kent Avenue. There is nothing recognizable there. No huge waterfront apartment complex, no park with turf soccer fields, no concert venue, no hip bars. It’s deserted and it’s kind of amazing. 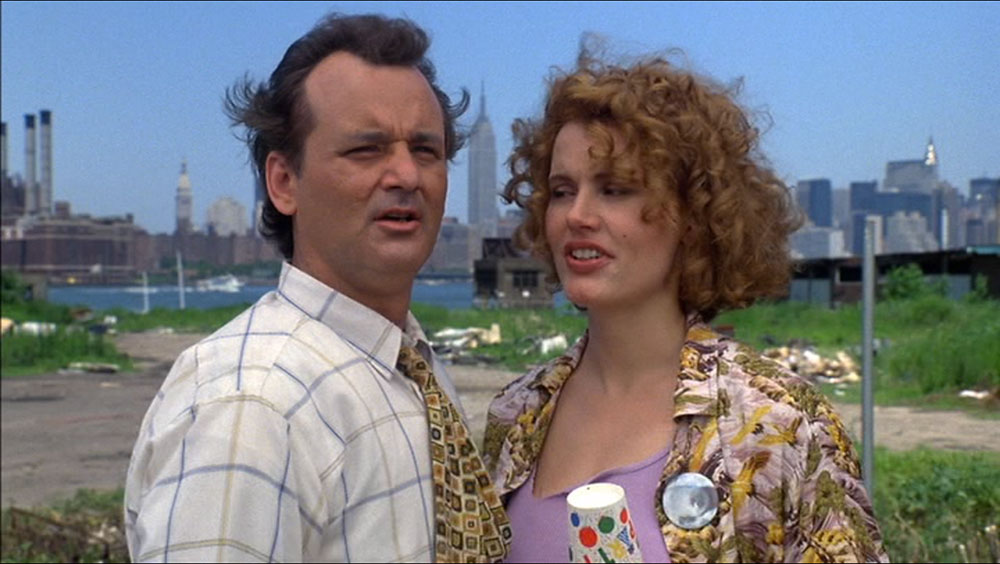 The only thing unchanged about this place is the skyline in the background. 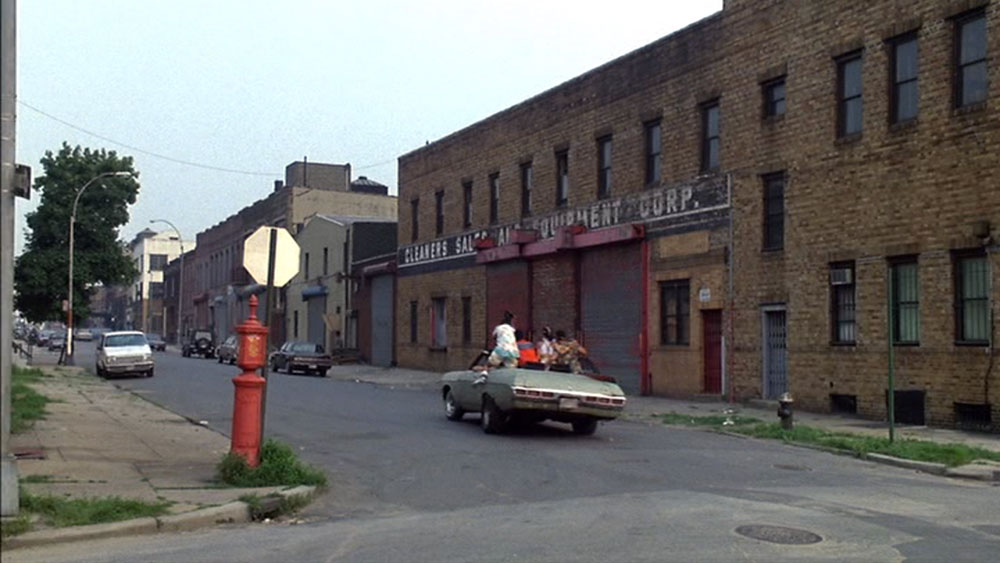 That building is now condos. (I actually don’t know that for a fact but I’d still bet my life on it.) 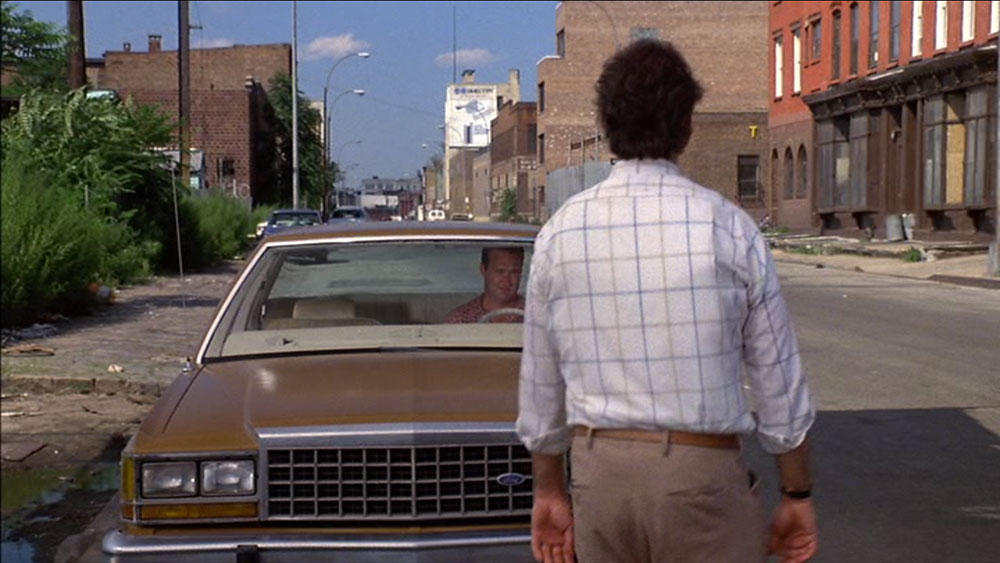 Here’s Kent Avenue before Williamsburg became a popular place to live, the back of Bill Murray’s head before he went gray, and Randy Quaid before he went balls to the wall insane. 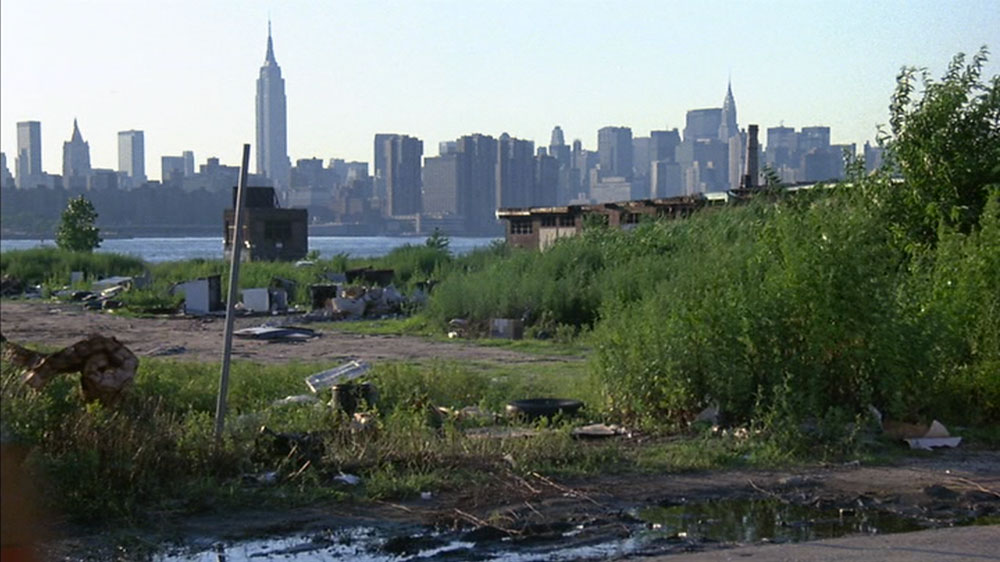 This last one doesn’t actually show an abandoned neighborhood. It shows one that has completely transformed, though. I don’t recall how I caught this but it might have been a Comedy Central re-run. I saw a street sign over Akeem’s shoulder (yes, Akeem’s shoulder, not Eddie Murphy’s, that’s how absorbed I was by the performance). It read Hooper and S. 5th. So, this whole time, “Queens” was actually in Brooklyn, Williamsburg to be exact. They didn’t even hide the number on the front door of the building. It’s 392 S. 5th street. Go ahead, Google map it. My-T Sharp is long gone but the building still stands. 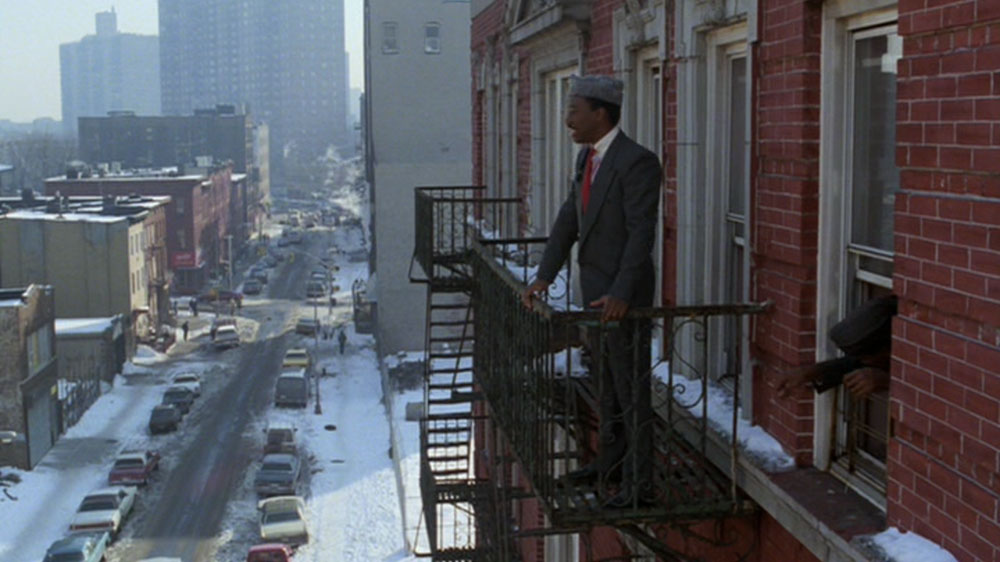 As Akeem and Simi pull into “Queens” you can see the JMZ subway line above. 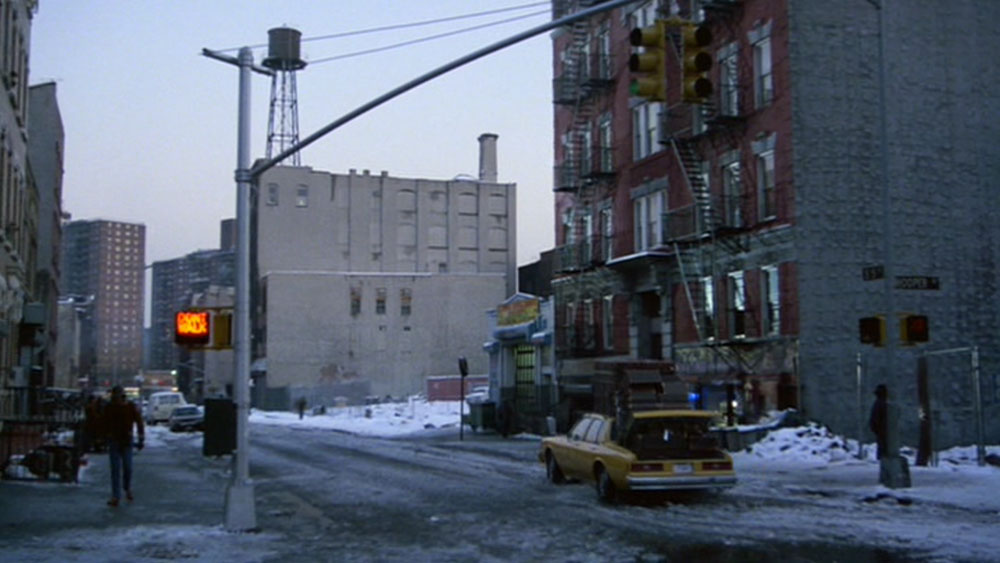 “No, we are not royalty, we are simply your average African hipsters.” 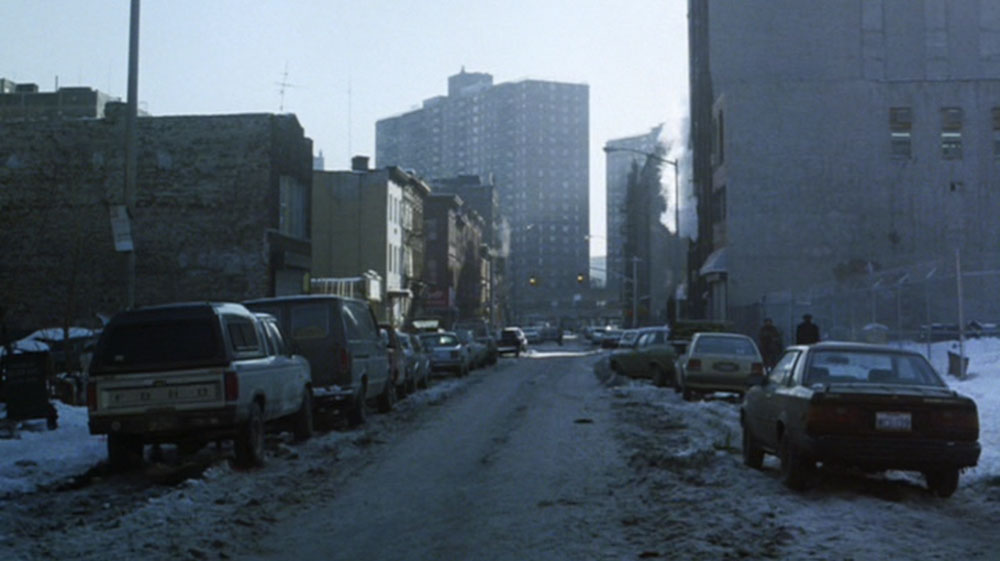 It’s not that Williamsburg is uniformly beautiful these days, it’s just amazing that there was a time that any of it was left vacant.

New York is always changing but movies stay the same. The New York in these films is different from the New York captured in other movies whether it’s On the Waterfront or Serpico or, hell, even Chasing Amy. In a city this crowded, it’s refreshing to catch a glimpse of it when it was just a little empty.