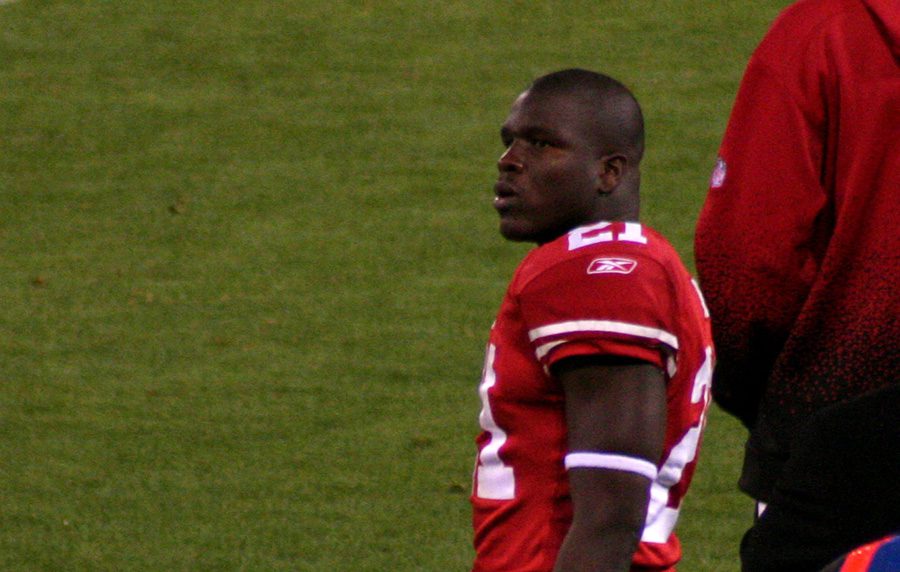 Frank Gore will always be the beating heart of this San Francisco 49ers offense; however, at age 31, the nine-year NFL veteran will eventually have to hand down the throne to a more youthful and talented prospect.

After his Week 1 performance against the Dallas Cowboys, it is safe to say that the Niners have finally found Gore’s “heir to the throne” in Ohio State product, running back Carlos Hyde. The 2014 NFL Draft second-round pick averaged 7.1 yards on seven carries, totaling 50 rushing yards, and recorded his first NFL touchdown during his debut against Jerry Jones’ Dallas Cowboys.

Hyde is a powerful runner between the tackles, an excellent cutter, possesses great field vision, the ability to break numerous tackles, speed, and puts his head down for extra yardage. His running style is reminiscent in every way like the 49ers’ all-time franchise leading rusher, “The Inconvenient Truth,” Frank Gore. The Red and Gold will remain a run-first trademark offense, and Hyde will have many opportunities to showcase his many talents on the field. At Ohio State, he has also shown the aptitude to catch the ball down the field, giving opposing defenses a tall order to handle. Hyde’s second gear burst and capability to bulldoze through defenders for extra yardage is something to behold from the power back. The two differences between the savvy veteran and the hungry rookie simply come down to age and experience.

Before the 2014 NFL season kicked off, the 49ers had a crowded backfield with Kendall Hunter, Jewell Hampton, LaMichael James, Glenn Winston, Carlos Hyde, and Frank Gore. Presumably, the Niners had Hunter as their designated No.2 running back, but after he sustained a torn ACL during OTAs, Jim Harbaugh and company waived the Oklahoma State product (who went unclaimed), brought him back, and then put him on Injured Reserve. Winston and Hampton were two notable cuts the Niners took to help complete their 53-man active roster. Let’s not forget the RB-rich 49ers also have Marcus Lattimore on the non-football injury reserve (NFI). They are hopeful that their 4th round pick (could’ve been easily a 1st round pick if he didn’t have that gruesome knee injury) out of the University of South Carolina will be promoted to take the No.3 running back spot behind Hyde and Gore, maybe during the second half of the season. If not, he should definitely be ready for the 2015 NFL season hands down. Lastly, LaMichael James was released by the 49ers and went unclaimed off waivers.

As a result, the Niners now have a backfield with only two healthy backs to complement their ground game. It is a bit unwise to have only two running backs on the team roster because, of course, this is football, and injuries are bound to happen. Without dealing with the injury bug issue, if these two power runners are able to stay in tip-top shape, our chances of getting into the postseason are very likely, especially once the defensive reinforcements arrive. Primarily, Harbaugh and company would like to keep Gore fresh before the postseason push, giving Hyde the majority of split carries between the two.

Throughout his nine-year career as a niner, the five-time NFL pro-bowler passed the 10,000-yard milestone against the Cowboys last Sunday. He is now the 29th player in NFL history to pass this historic benchmark as one of the best running backs to ever play the sport.

@ One of the greatest to play the game right here! They said he ain’t have anything left in the tank so he went 10k on em! –Colin Kaepernick (Twitter)

Hyde certainly has the potential to become the next successor to Gore’s throne. If he continues to play with the same hungry tenacity and sheer determination to win, then the 49ers’ future will be in good hands, indeed.