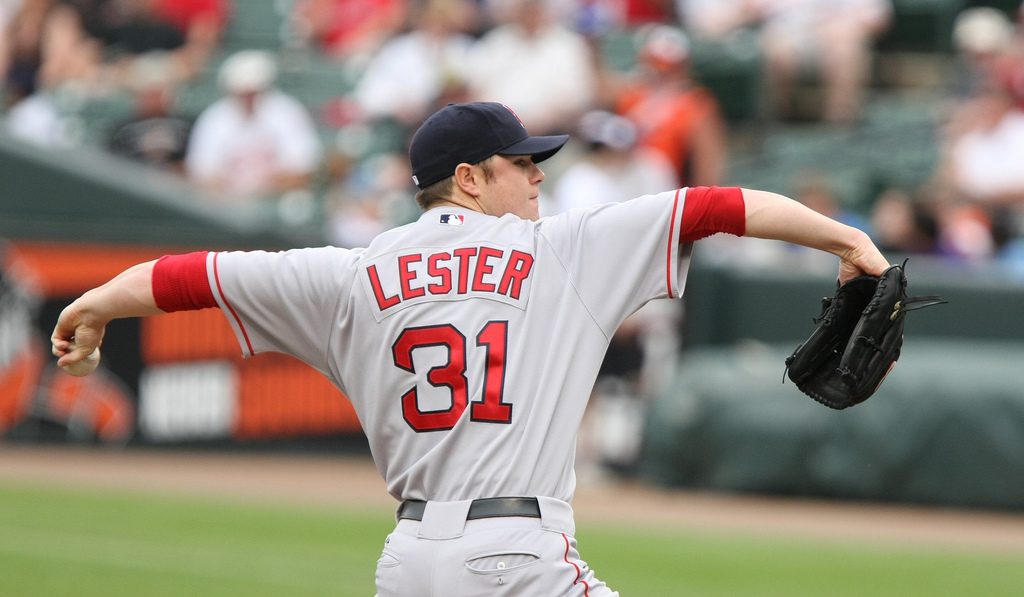 The fate of the Oakland A’s season might be determined by Jon Lester’s left arm. Despite criticism regarding the trade that put him in an A’s uniform and took Yoenis Cespedes out of one, Lester has been superb for his new team. His starts have ranged from solid to excellent. If September 30 has a one-game playoff in store for Oakland, their faithful fans will hope for excellence.

Lester pitches with an intimidating presence. His confidence is quiet but his frustration is vocalized. With each pinpoint cutter and devastating curveball, pitches that he works to both sides of the plate, his confidence grows. And as the game goes on, it’s easy to see what Billy Beane envisioned when he acquired the big lefty. Sellout home crowd, unique playoff atmosphere, and chants of “Lester” rippling through the beat up stadium at a deafening level.

With the division far out of reach, the A’s new best case scenario is a one-game playoff at home. If Lester were to win that game, he’d likely be lined up to return for the third game of the ALDS. Imagine the A’s splitting on the road to open that series, a circumstance that would result in Lester starting a critical game when the series shifts back to Oakland. That could cause some of Billy Beane’s doubters to convert themselves into believers.

But let’s not get ahead of ourselves yet. We know with absolute certainty that the A’s have been in a deeply rooted funk since Cespedes was dealt. Their offense has disappeared and the team hasn’t played quality baseball in awhile. That disappearance though, that funk that’s plagued the team, can’t all be blamed on the loss of the Cuban sensation. And it definitely can’t be blamed on Lester.

Brandon Moss has fallen into a deep slump, Derek Norris has dropped in effectiveness, and Coco Crisp isn’t reaching base like he did in the past. Sonny Gray and Scott Kazmir have struggled with inconsistency for a considerable stretch. The team also suffered in the bullpen while Sean Doolittle was injured. Most of those factors have nothing to do with Cespedes. But all of those factors have contributed to the A’s stretch of ineptitude. Even so, fans and experts alike are dismissing the value of Lester as they point to Cespedes as the sole and major reason for this debacle. But why?

It might be because Oakland lost part of its identity as it lost its grasp on the AL West lead. It’s because fans loved cheering as Cespedes stepped to the plate or gunned down a hopeless runner from left field. More than anything else, it’s because the A’s collapse can conveniently be attributed to the loss of an important and popular player. The timing of the letdown is consistent with the departure of a star. In the eyes of many, Lester’s arrival and steady performances can’t outweigh the poor play of the team.

But even with the A’s struggles, keep in mind that the Los Angeles Angels are a great squad, maybe even the best in baseball. With a scary lineup, a surprisingly effective starting rotation, and a revamped bullpen, the Angels might have won the division even if the A’s kept Cespedes. It’s impossible to conclude with certainty but given the Angels extended run of success, it’s at least something realistic to consider. The Angels talent might have always destined the A’s for a one-game playoff. And who better to have in that scenario than Lester?

Here’s the point, clinging to the past and hopelessly attempting to alter it serves little purpose. The division is gone and Cespedes will likely never wear an A’s uniform again. That’s reality. But here’s another aspect of reality, if the A’s do find themselves in that one-game playoff, they’ll have a hurler who is a two-time World Series champion. And if they can manage to win that game, they’ll have the same hurler for another critical showdown in the middle of the ALDS.

Despite what message boards, fan sentiments, and Billy Beane criticism reflect, it isn’t gloomy in Oakland just yet. It’s not time to doubt the foundation of the organization. No matter how much we’d like to end the persistent debating, it’s definitely not time to judge the fate of a July trade that shocked the baseball community. When a team has a true ace on the mound, there’s no need to engage in speculation.

As long as Jon Lester’s left arm is ready to go, the A’s will be confident in their chances. The weight fans place on him is immense, but the weight he places on himself is greater. It can be seen in his intensely focused eyes on the mound. It can be heard as he yells in anger after an untimely base on balls. No matter what the situation is, Lester expects himself to be dominant and in complete control of the game. If the A’s reach the one-game playoff and beyond, Lester might control more than just a game, he might control Oakland’s season.