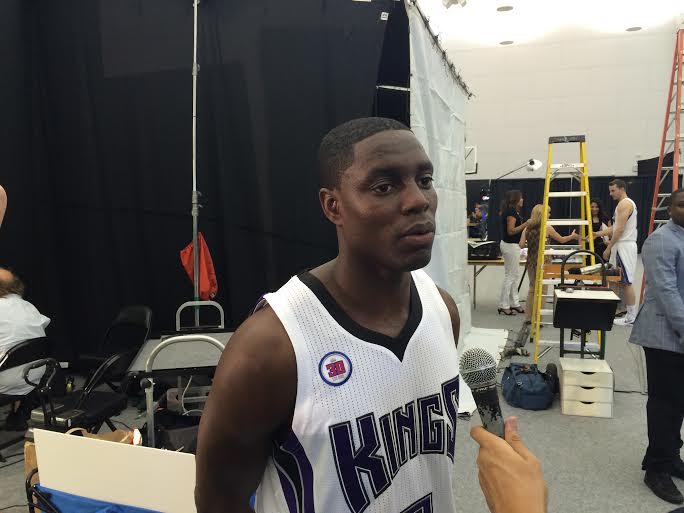 Nobody should be able to project a team’s record for the upcoming NBA season without first evaluating who mans the point guard position. With the Top 10 point guard list changing every other hour and spawning disagreements from every follower of professional basketball, the position is more important than ever. A spot on the floor that creates five-year, $70 million contracts to point guards who aren’t even considered to be one of the best at the lead guard spot (Eric Bledsoe) has been tagged as the league’s most essential position. And, Bledsoe may not even be the best point guard on his own team because of Goran Dragic.

The top three at this position tries to hold five or more people within it at all times. Stephen Curry has to be top three, right? But how about Tony Parker and Chris Paul, who have been leaders of their respective team sfor years prior? That leaves out Russell Westbrook, and there’s no way he shouldn’t be top three. Same with John Wall, who has turned his team around in a hurry. Let’s throw Damian Lillard in there too. Pretty soon the top three turns into a top five, which turns into a top ten, and so on, and suddenly it makes sense that Bledsoe is signed to an enormous maximum contract.

To have a good team, you need a good point guard. A leader in the backcourt is a necessity to have a team grow as a whole.

Isaiah Thomas, as interesting as he is, probably isn’t good enough to be included in any sort of top-tier point guard conversations. His ceiling was pretty much reached last year when he took his starting job back and constantly put 20 points on the board in Sacramento. Not bad, obviously, but not good enough to be the team’s second or third best player.

The point guard position is entirely disoriented. There is no reason that George Hill‘s salary should be higher than that of Kyrie Irving. But, with the enormous amount of talent and the necessity for said talent at the position, team’s fight to turn pretty good point guards into max-contract players.

With Darren Collison being the Sacramento Kings’ starting point guard for the 2014-15 season, his worth will be based on whether or not be uses his five years of experience to help the team’s young guard base, primarily Nik Stauskas, who is being groomed for a big role among the guards. The San Antonio Spurs has Parker to get the team’s guards playing smart basketball, and the Portland Trail Blazers have Damian Lillard who plays like a 30-year-old veteran and rallies his teammates to victory, even those that are better than he is (LaMarcus Aldridge).

A point guard doesn’t necessarily need to be the team’s leader (see San Antonio; Tim Duncan has so much pull around that place he may become a member of the front office the second he retires.) But a group of young guards, especially a unit as young as the Kings need a point guard to show them how to play basketball, as elementary as it sounds. Going back to Bledsoe, you can rest assured that he and Dragic will have immense control over the attitude and play of Isaiah Thomas and the rest of Pheonix’s backcourt. It’s the nature of the beast.

DeMarcus Cousins is a better player than Collison by a huge margin, but the necessity for Collison to play past his age is paramount for the Kings. With such immaturity and inexperience among players like Ben McLemore and Ray McCallum, the need is clear. One could literally see the nervousness in the play of these two players, who the Kings have seemingly saved a spot to be in the future of the franchise.

If you don’t believe that leading his entire backcourt to an efficient season is in Collison’s job description, consider the fact that he is currently being paid more money on a bigger contract than both Kemba Walker and Damian Lillard (granted, both players will have big money coming their way shortly). Still, all that cash makes his list of chores that much longer, and it starts with helping this young backcourt.

Collison is this team’s starting point guard for the simple reason of making an underage group of players turn into more than a project; it’s much like Portland’s scenario with Aldridge and Lillard, as one needed the other to rally a group regardless of how good he was. While Collison’s ability isn’t as great as Lillard’s, Bledsoe’s, or most of the other point guards in the race to crack any “top” list, his responsibility is just as great. The Kings’ backcourt is floating, waiting for someone who plays the guard position (AKA not Boogie) to at least act like he is experienced enough to make a difference in the demeanor and play of this young group whose primary targets of growth, again, are McLemore, Stauskas, and Stewart Little… I mean McCallum. My bad.

Darren Collison’s necessity and ability to lead a set of guards has already been recognized and appreciated by the team’s guards desperate for the relatively veteran presence of a once-winning point guard.

“He’s always there to help us even though this is a new team for him, and he’s still learning how we play,” said McLemore on Collison’s presence. “But, still, he’s been on playoff teams and it helps a lot for us younger guys; he’s been great.”

With how truly low this backcourt’s experience and understanding of the demands of the NBA is (excluding Ramon Sessions, a recent signing by the Kings), Collison himself fully understands the role he takes on with his allegiance to this team. It’s one of the reasons he was signed to a sizable contract at over $5 million yearly, and the role has been spawned out of his play with winning teams. Even in a declining Mavericks franchise which lost much of its luster after its championship against the Miami Heat just before the “LeBron isn’t a human, and the Heat will win forever” era, Collison gained experience with Dirk Nowitzki and knows what a franchise that expects wins looks like; this knowledge needs to translate into leadership.

“I think they’re going to be very good players for a time to come, and it’s [my] responsibility as one of the veteran leaders on the team to make sure they’re on the right path,” Collison stated at Kings Media Day. “I had good veteran leadership when I was young, and [now] it’s their turn.”

Considering that all this is coming from a guy with only five years of professional experience speaks to Collison’s readiness to lead. It’s a readiness of necessity, but critically important nonetheless.

Collison’s job is an obvious one. Everything he learned – starting for the Mavericks and impressing as a backup for Chris Paul with the Los Angeles Clippers – has to show through for a Kings collection begging to be pointed in the right direction.