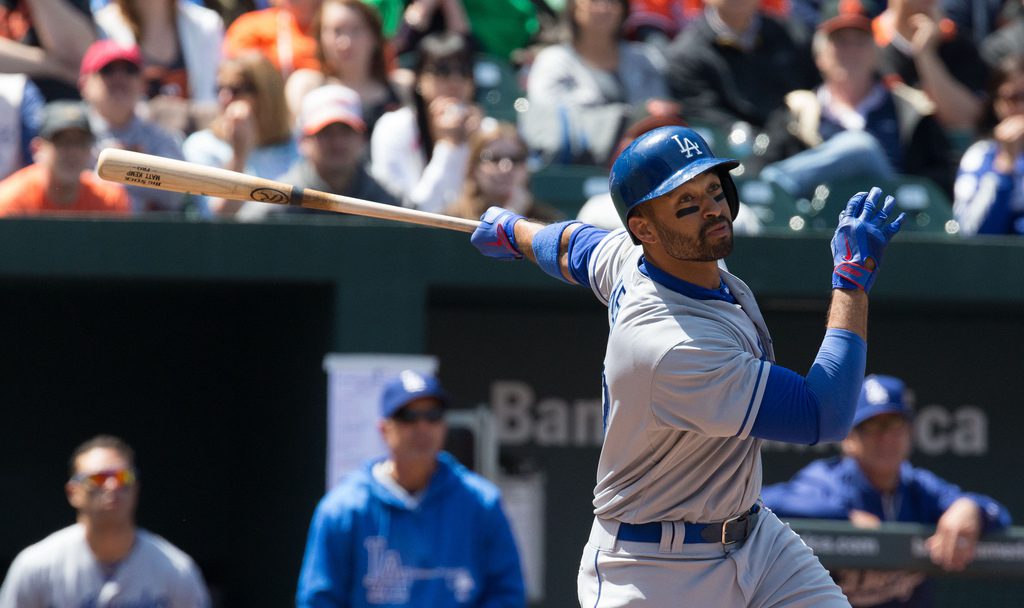 When the ball left his bat in the top of the eighth inning, it looked like Matt Carpenter managed to play hero on back-to-back nights.

The Los Angeles Dodgers outfielder grooved a Pat Neshek sidearmed fastball down the left field line in the bottom of the eighth for a solo home run that made the difference in Saturday’s 3-2 L.A. win over the St. Louis Cardinals in Game 2 of the National League Divisional Series.

Pinch hitter Oscar Taveras led off the top of the inning with a single off lefty specialist J.P. Howell, before Carpenter jumped on the first pitch to tie the game at 2-2 with a big home run. The rally came after Dodgers starter Zack Greinke was lifted after seven strong innings, where he allowed only two hits and two walks while striking out seven batters. He also added two hits and a run scored on offense.

While Howell had a rough night, the rest of the Dodgers bullpen followed Greinke’s lead. Brandon League and Kenley Jansen combined to get the final six outs, with Jansen striking out two in the ninth inning to pick up the save.

With Greinke pitching lights out, it seemed like Los Angeles was going to cruise to an easy win. Dee Gordon and Adrian Gonzales drove in runs in the third inning to give the hosts an early lead, but the offense scuffled after that against Cardinals starter Lance Lynn. Yasiel Puig looked particularly lost at the plate, striking out in all four of his at bats.

Lynn was no slouch on the mound, giving up just the two earned runs on six innings of work, giving up seven hits and two walks while striking out eight. He danced out of danger in the sixth inning, getting Greinke to ground out with the bases loaded on his 114th and final pitch of the night.

Carpenter carried the Cardinal offense, going 2-for-3 with a walk and two RBIs. On the flip side, Kemp’s two hits in four at bats has the embattled veteran batting 5-for-9 on the series.

The series now stands tied at one game apiece. Game 3 will be Monday in St. Louis.