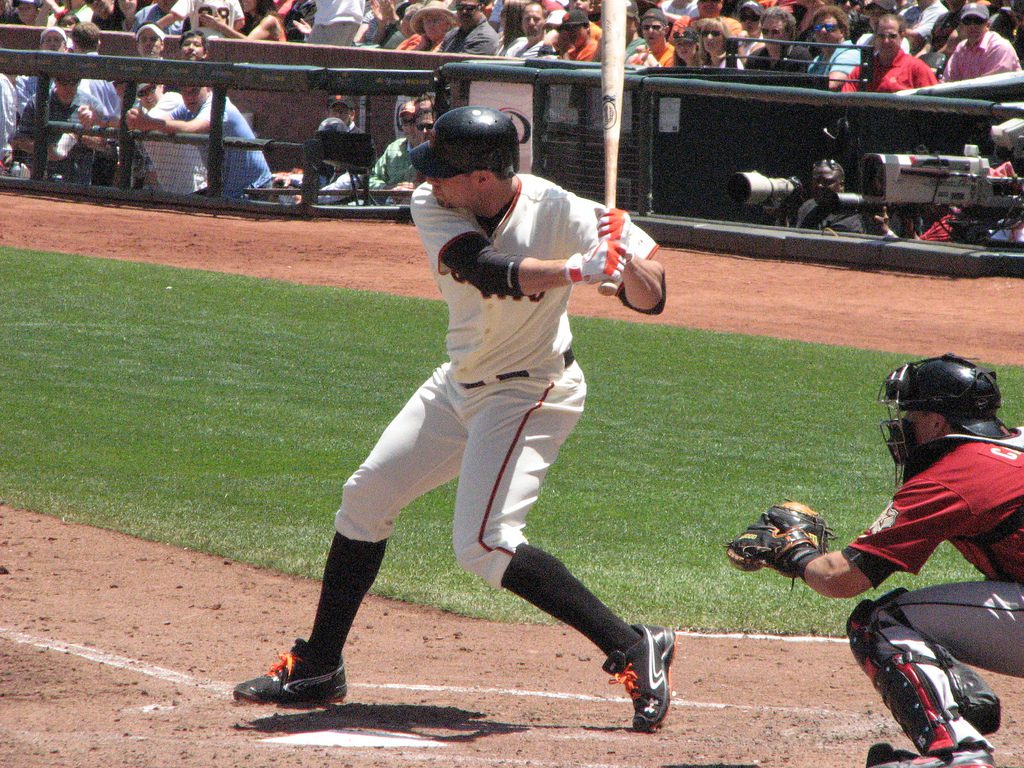 There was a brief moment during the six hour-23 minute National League Division Series game between the Washington Nationals and the San Francisco Giants where a few new words were added to the vocabulary of those watching:

When used in a sentence? The austere mood in Nationals Park was brought on at the top of the 18th inning when an imperturbable baby giraffe belted a solo home run into a very empty bullpen.

It appeared Zimmermann had found the key to silencing the white hot bats of the visiting team after shutting them out through eight innings, but patience would prevail, as it usually does in the Giants’ case. After outing two in the top of the ninth, Zimmermann was pulled after walking Joe Panik on five pitches. Storen strolled in and gave up a single to catcher, Buster Posey. The reliever then came face-to-face with third baseman Pablo Sandoval, a known postseason darling who was on a 12-game playoff hitting streak. Sandoval doubled and sent Panik home, tying the game and extending his streak. Posey, known more so for his squat rather than his below par running skills, attempted to slide into home in order to take the lead, but was called out at home plate.

What followed was a waiting game for the Giants. They watched calmly as Asdrubal Cabrera was ejected for arguing a wandering strike zone during the bottom of the 10th, followed by Williams who came in to pick up the fight where Cabrera left off. They played coolly behind reliever Yusmeiro Petit, who threw six solid innings, allowing only one hit and zero runs. And they remained stolid as Belt took to the plate at the top of the 18th after six hours.

“We don’t try to go up and do too much, get that big home run,” the first baseman, lovingly known as “Baby Giraffe” in the city of San Francisco, said before the game. “It is not necessarily about being a hero – it is about being a team.”

The sound of a home run off a bat is unmistakable, and Brandon Belt knew it as he calmly let go of his instrument. At that moment, the Nationals could only watch as Belt rounded the bases, a look of utter dejection plastered on their faces. The air went out of the park and the life out of the Nats hopes of preserving Zimmermann’s strong eight-inning shutout. By the time they came to bat at the bottom of the 18th, they knew it was over. They were tired of fighting and let the Giants walk away with a 2-1 win.

The series heads to the City by the Bay on Monday with Giants’ ace Madison Bumgarner taking the bump.