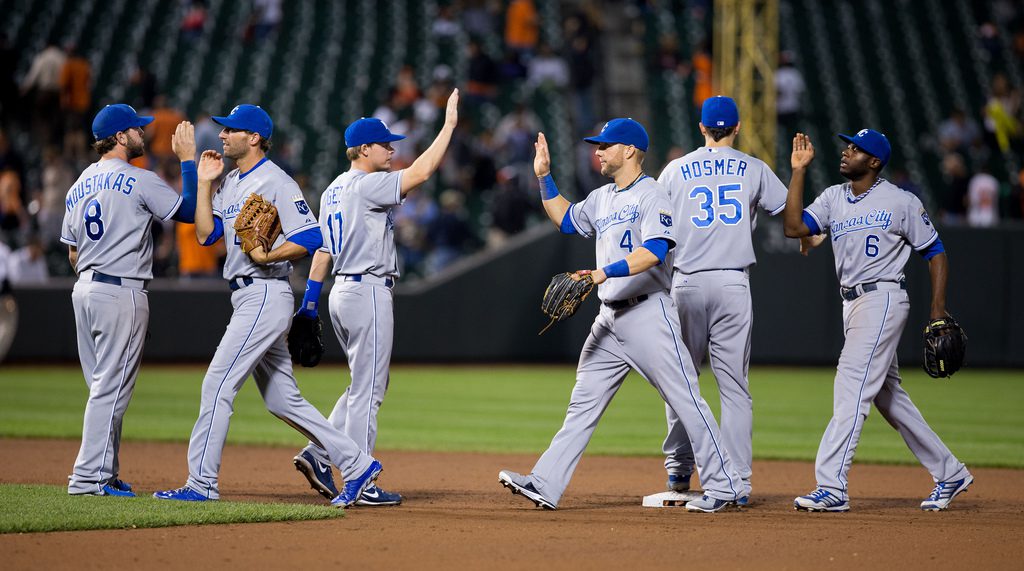 It’s shaping up to be a special year for the Kansas City Royals. After the final out was recorded in an 8-3 victory over the Los Angeles Angels, Kauffman Stadium exploded in excitement. The home fans witnessed something magical. They witnessed something momentous. Most notably, they witnessed a sweep of the team with baseball’s best regular season record.

The game started on a promising note for the Angels as Mike Trout crushed a long home run off James Shields that silenced the packed crowd. That early run wasn’t enough to prevent a somewhat predictable C.J. Wilson debacle. After surrendering two singles and a walk in the bottom of the first inning, Wilson allowed a bases clearing double to Alex Gordon. The bearded left fielder was the last batter that Wilson faced.

Mike Scioscia attempted to stop the bleeding with a bullpen effort. This approach failed as multiple relievers struggled. The mess that Wilson left behind ultimately doomed his team’s chances. Kansas City successfully added onto their lead with a two-run bomb in the third inning by Eric Hosmer. That impressive blast made it 5-1. It came against lefty Hector Santiago, who was unable to give the Angels a long relief effort that was desperately needed.

Even though Hosmer’s home run felt like a death blow, Albert Pujols responded with a solo shot of his own that cut the lead to three. With Erick Aybar reaching on a double and David Freese getting hit by a pitch, C.J. Cron had the opportunity to capitalize on a shaky James Shields performance. Shields was able to strike Cron out and exit the inning with limited damage.

In fairness to Shields, he battled and ended up giving his team an acceptable showing with the big game pitcher only allowing two runs in six innings. This came despite sporadic command and a weak rhythm with catcher Salvador Perez. While Shields battled through inconsistent control, his defense gave him everything they had. Center fielder Lorenzo Cain made two unbelievable catches in a tense fifth inning situation. His perfectly timed jumps allowed him to rob Pujols and Howie Kendrick of potential game-changing hits. Shields tipped his cap to Cain in appreciation.

The Royals had many heroes in this game. Gordon’s double, Cain’s defense, and Hosmer’s power impacted the outcome in equal measure. They were also benefited by a Mike Moustakas home run and timely hitting by Nori Aoki. After Shields exited, the three-headed bullpen monster erased any hope of an Angels comeback. Kelvin Herrera returned from injury with a clean seventh. Wade Davis wasn’t in top form for the eighth, but he racked up two strikeouts and avoided major damage. When the ninth came, Greg Holland dominated the inning and finished the series on a Trout strikeout.

Kansas City fans witnessed something special tonight. Strong pitching, world class defense, and a relentless offensive attack lifted the Royals to victory. And if those aspects weren’t enough, they also managed to belt two home runs in an unexpected surge of power. The Angels essentially ran into the wrong team at the wrong time. The Los Angeles stars were relative no-shows as Kansas City received production from countless players. Quite simply, the Royals resembled the stronger team in this series. That’s why they’ll be playing the Baltimore Orioles for the ALCS crown.