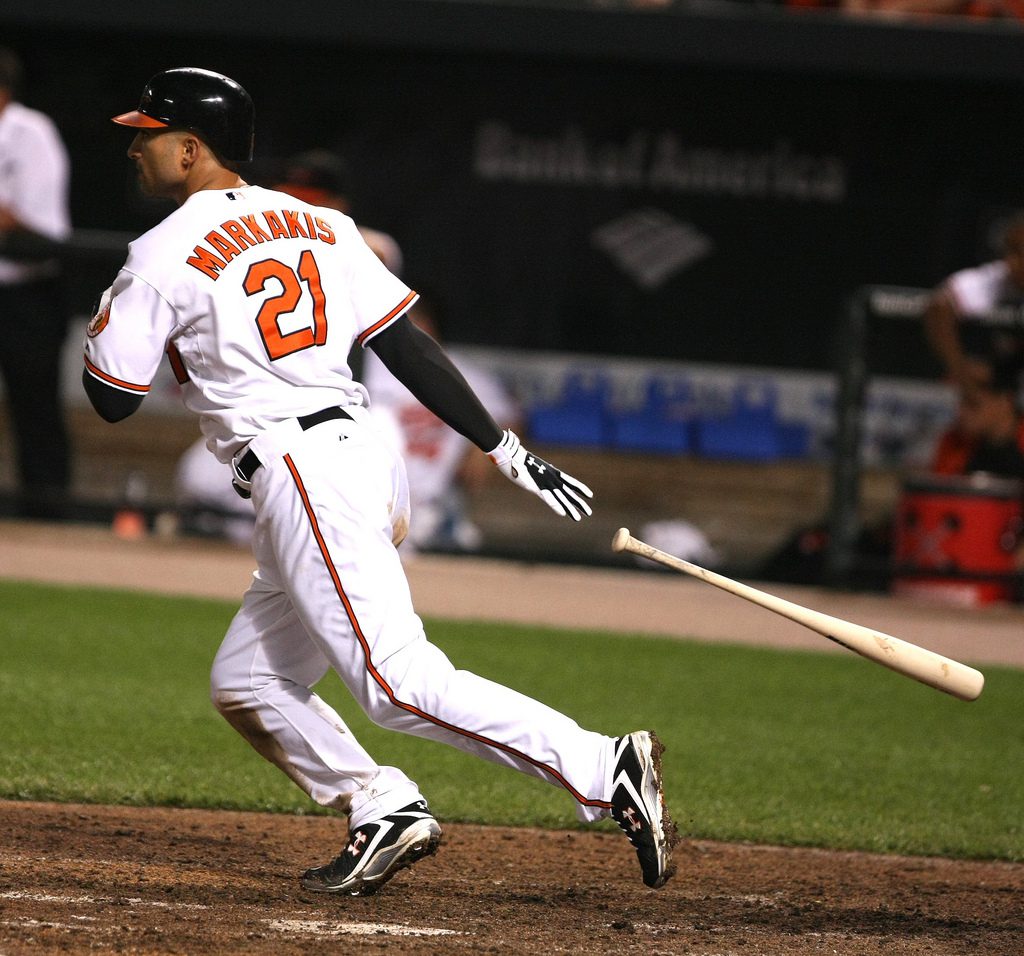 The last time the Baltimore Orioles won the American League pennant was roughly 30 days before Nick Markakis was born.

Starting October 10, he along with the rest of Baltimore’s local 9 can change that.

The Orioles thrashed the Tigers and their bullpen in Games 1 and 2; Game 3 turned into a pitcher’s duel featuring the remarkable David Price and the usually forgettable Bud Norris. Nelson Cruz’s opposite field home run rang through Fells Point and the Inner Harbor with clarity not heard since 1812 – except this bomb inspired joy and sounded off in Detroit. Cruz’s resume as a postseason hero is burnished, the Tigers meanwhile are forced to examine how a summer of such great promise turned into a typical autumn for the Lower Peninsula.

The acquisition of Price put the American League in the crosshairs of the Motor City Kitties; their pitching staff is fronted by Max Scherzer, Justin Verlander and Price. Perhaps the Atlanta Braves of the mid-90’s offered a similarly scary array of starting pitching that sizzled in October similar to Detroit’s. This loss isn’t on Scherzer, Verlander and Price. It’s on the poorly constructed bullpen and defensive miscues typical of Tiger baseball. The Tigers failures should not be the story.

The Orioles play across the street from M&T Bank Stadium where the Ravens prominently display their two Super Bowl championships. This summer in Baltimore was about an athlete that probably may never return to competitive sports. Cameras were focused on the comings and goings of Ravens personnel; if those cameras turned 180 degrees the story being spun at Oriole Park is the salve for Baltimore’s disappointment and frustration regarding the Ravens.

The Orioles are not playing with Matt Wieters and Manny Machado – next to Adam Jones they are Baltimore’s most important hitters. Chris Davis is serving a suspension for Adderall. The team spent this season triumphing over adversity that destroys other teams (ex. Boston Red Sox) and plays the game ferociously. Starting with Markakis, the O’s seize upon mistakes and force opposing pitchers to have their best game. This team doesn’t walk very much nor do they steal bases. Massive hits are the trade they plied sublimely while running away with the American League East. They neutered the mighty Tigers, and now await the Royals.

Four days until Game 1 of the ALCS  at Camden Yards. Get to know the O’s and don’t overlook what might be baseball’s best story. The plucky Kansas City Royals are great to watch, but for Baltimore’s athletic scene is there a better antidote for the scandal ridden football team than a bunch of hard-nosed ballplayers embodying the rough, working-class ethos of one of America’s great cities?