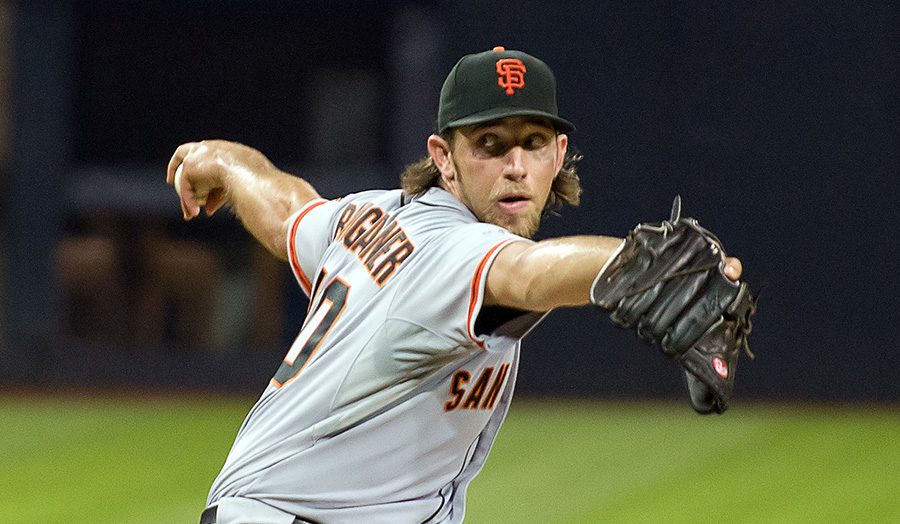 The month of October belongs to Madison Bumgarner. In an NLCS road game against Adam Wainwright and the St. Louis Cardinals, most pitchers would be shaken by the moment. In Bumgarner’s case, he outshined Wainwright over the course of 7 2/3 nearly spotless innings as the San Francisco Giants cruised to a 3-0 victory. Forget Wainwright or anyone else, the best big game pitcher in baseball these days is Bumgarner.

San Francisco did its damage early on with a softly hit RBI single by Travis Ishikawa. After that second inning dinker made it 1-0, Gregor Blanco hit a ground ball to the usually sure-handed Matt Carpenter. Instead of making a routine play to end the inning, Carpenter mishandled the ball and allowed a run to score. The second inning ended with a 2-0 lead for the Giants.

Another defensive miscue hurt St. Louis in the third inning. With Buster Posey and Pablo Sandoval reaching on singles, Hunter Pence hit a grounder to Kolten Wong. The Cardinals’ second baseman botched an easy double play ball and only managed to record one out. When Brandon Belt knocked in a run on a sacrifice fly later in the frame, Wong’s mistake was magnified.

That 3-0 lead was plenty for Bumgarner. Dominating hitters from both sides of the plate in equal measure, the Giants’ lefty made his defense exert little effort. Behind only four hits and one walk allowed, Bumgarner limited the Cardinals to weak ground outs and softly hit balls in the air. No one on the San Francisco defense was tested as no one on the St. Louis offense did major damage.

The Cardinals’ only true scoring opportunity came in the seventh inning. With two runners on and two outs, Bumgarner blatantly balked in a mistake that was likely noticed by fans sitting in the nosebleed section. Six playoff umpires somehow missed the call and failed to reward St. Louis a run. With Bumgarner’s performance though, even a correct call on that balk probably wouldn’t have made a major difference. He ultimately departed and was relieved by Sergio Romo. After Romo ended the eighth, Santiago Casilla pitched a scoreless ninth.

Jake Peavy takes the ball for San Francisco in Game 2. He’ll be opposed by Lance Lynn, a pitcher who had a forgettable outing against the Giants in the NLCS of 2012.