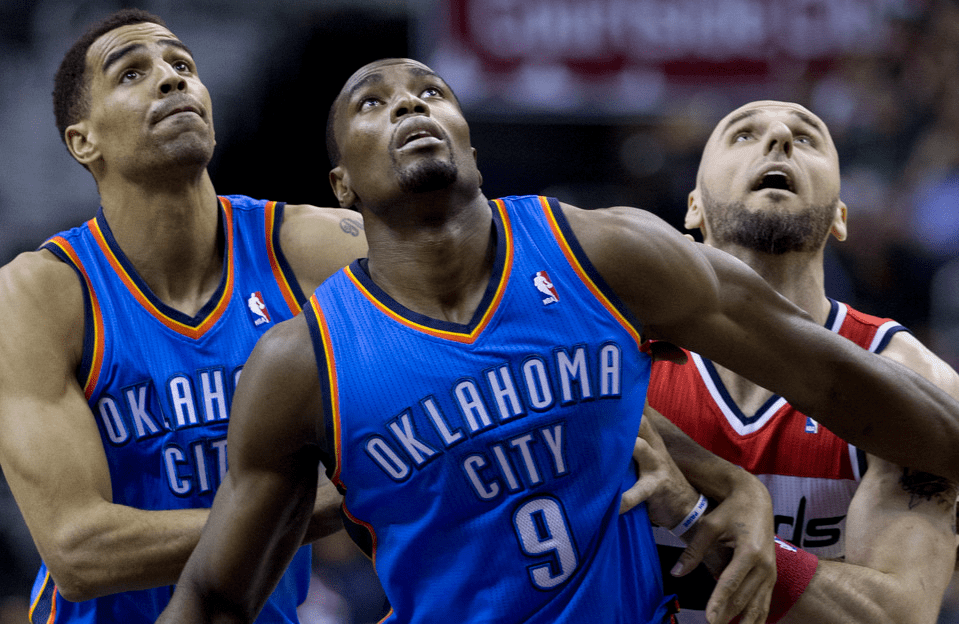 Steven Covella: Dwight Howard
More likely than not, a center will win this award. It’s been 10 years since Ron Artest won it, and Gary Payton did eight years before that; but all those years in between, a center took home the award. I’m going with conventional wisdom and saying Dwight Howard will win it this season.

Sure he gets a lot of blocks, and he’ll probably average over two a game this season, but it’s more than that. Along with the rim protection, his defensive rebound rate was just a couple percentage points shy of Kevin Love’s. Also, James Harden’s defense has become a punch line, but one of the reasons he can kind of get away with it – which, in turn, allows him to be the best offensive shooting guard in the league – is because Howard is behind him, ready and able to clean up his mistakes. In 2013-14, Houston lineups with Howard on the floor gave up 6.3 points less per 100 possessions than their average for the season (101 versus 106.3). After battling back problems in Los Angeles, he’s healthy again, and should be a defensive force.

Corey Quincy: Joakim Noah
It’s a gutsy choice, sure, but Noah truly rose to the occasion last year for Chicago. With less pressure and more growth, I’m giving him some well-deserved credit with this pick. Noah should put up exceptional numbers on the rebound, plus prove his versatility in converting to score some points, too.

Bryan Brandom: Serge Ibaka
But for a small handful of exceptions, there are three ways to win Defensive Player of the Year: Be the obvious difference between a mediocre-to-bad defensive team or a good defensive team (Tyson Chandler in 2011-12, Marc Gasol a year later), be the leader of a great defensive team (Joakim Noah last year), or the old-fashioned way, blocking a butt load of shots (see: the ’90s http://www.basketball-reference.com/awards/dpoy.html ). While Serge Ibaka won’t reach his career high of 3.7 swats per game, that’s not necessarily a bad thing, as veteran teams leveraged that sort of agressiveness against the Serge Protector often. This year he’ll approach three per game, but he’ll be better and more disciplined defender than he was in 2011-12 when he averaged 3.7. While Anthony Davis will likely have more “stock” (steals + blocks), he’ll share any defensive production glory with ace defender Omer Asik.

TJ Macias: Tyson Chandler
Chandler is the x-factor for this (slightly) new Dallas Mavericks team. He finished third in Defensive Player of the Year voting back in when the Mavs won the 2011 title, but his abilities waivered on that end of the court during his stint with the New York Knicks. In just one year, Chandler changed the entire look of the Dallas D and molded them into champions. Despite his age, I feel that the big man will turn this team around under coach Rick Carlisle‘s reign (again). He has a strong desire to turn his teammates around and once again make the Mavericks a defensive threat.