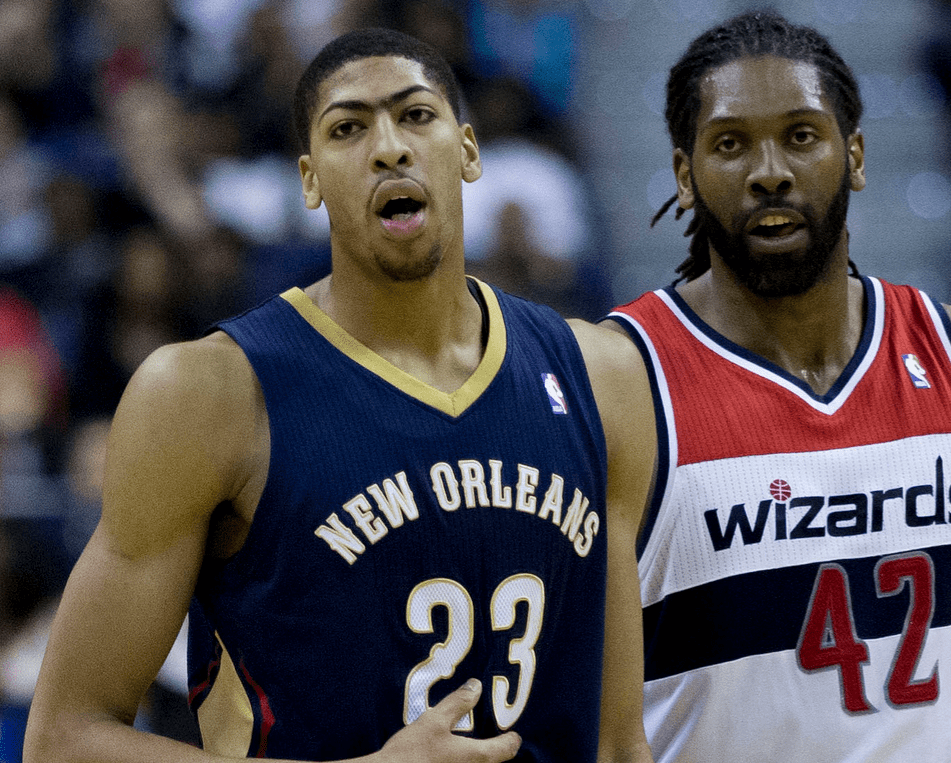 Aaron Lanton: Anthony Davis
Hall of Fame players show signs of their indisputable greatness pretty early in their careers. The third and fourth years are typically when they make the jump from just really good to perennial top 15 players in the league until they exit their prime. The time is here for Anthony Davis and he’s ready. I have never seen a dude this big run the floor so easily. Most guards can’t run down the floor without the ball this fast.

The crazy part is that the New Orleans Pelicans are actually healthy this year plus they added Omer Asik. The Pelicans are going to shock the basketball world this year. Everyone improves after playing with Team USA over the summer, and Davis was definitely one of the standouts from a dominant international performance by our nation’s best.

Corey Quincy: Anthony Davis
The breakout player of 2014 should be Anthony Davis. Much like Andre Drummond—my second pick for this, by the way—Davis looked terrific representing the US national team at the FIBA World Cup. Unlike Drummond, he is a complete athlete with the finer things in check. The New Orleans Pelicans aren’t true playoff contenders, at least not to me, but if he can lead them to a winning record this season, all bets are off and Davis is an NBA star. If not, he’s still one of the best evolving players in league, without question.

Bryan Brandom: Andre Drummond
Simple math here: talented but raw, insanely athletic center + Stan Van Gundy = 21 points, 14 rebounds, and 3 blocks per game. Though Drummond might be too young to reach those heights, he could approach them if the Detroit Pistons could only subtract Josh Smith and Greg Monroe, and add some frontcourtmates that can actually shoot (don’t look at me like that, Josh! I know you know you can’t shoot!).

Stephen Nixon: Terrence Ross
Ever since I was in attendance for the game of Ross’ life, in which he dropped 51 points against the Los Angeles Clippers to tie Vince Carter’s franchise record for points in a game, I’ve been a believer. Sure, it was one game, but I truly believe that this is his breakout season. He’s a very good defender, can shoot the three-pointer and can fly through the lane. With most defenses either double-teaming DeMar DeRozan or focusing on Kyle Lowry, this is the year for Ross to breakout.

Tyler Birss: Jimmy Butler
Jimmy Butler is poised to break out for the Chicago Bulls. With Luol Deng fully out of the picture and Butler steadily improving his overall game, look for him to be in the realm of 17 points and 6.5 rebounds a game. He posted 13.1 and 4.9 in those respective categories this season. An upswing will occur due to continued improvement and the presence of an improved supporting cast around him. Pau Gasol and the year-long presence of Derrick Rose will help Butler reverse his low shooting percentages last year. With a rise in these percentages and offensive consistency, Butler’s scoring efficiency will be the best it’s been in his career. He’s a dedicated player who has always been a force on the defensive end. In 2014-15, Butler’s offense will catch up to his defense.