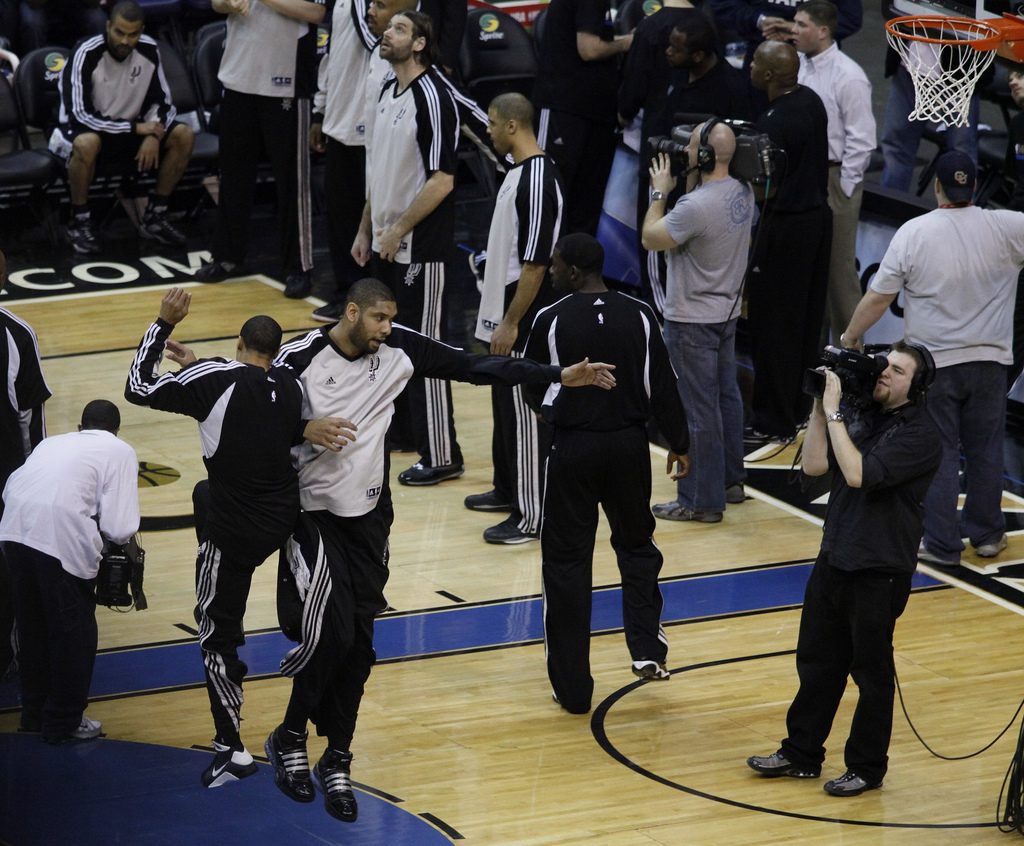 Corey Quincy: San Antonio Spurs
Can the San Antonio Spurs repeat? How will the Cleveland Cavaliers come together? Can the so-called “dark horse” Chicago Bulls and superstar Derrick Rose remain healthy? What about the Oklahoma City Thunder, Los Angeles Clippers, Dallas Mavericks, Portland Trail Blazers and the rest of the stacked Western Conference? The NBA title tussle will be full of questions because so much has changed during the offseason, but one thing has remained the same, the San Antonio Spurs. If their veteran trio of Tim Duncan, Tony Parker, and Manu Ginobili remain healthy, the title is theirs again.

Sonny Giuliano: San Antonio Spurs
I’m sure you know the old phrase, “If it ain’t broke, don’t fix it.” Well, that’s what the San Antonio Spurs opted to do coming into the 2014-15 season. Every single player is back from their team last season, a team that went 40-12 after the NBA All-Star break, NBA playoffs included. They have the best coach (Gregg Popovich), the best ball movement, the best bench, one of the best under 25 players in the league (Kawhi Leonard), and one of the five best players of all-time looking for a sixth NBA championship (Tim Duncan). Take it in, folks. Appreciate what you’re watching. I know we’ve been saying it for the last six years, but this might be the last great Spurs season we’re treated to.

Bryan Brandom: San Antonio Spurs
Let’s not overthink this. Every year, pundits love saying the season for the ageless wonders to fall off has arrived. And every year, the same pundits sheepishly gloss over their previous assertion. Do you remember how fast the Miami Heat gave up in last year’s NBA Finals? How their locker room was all smiles after the series ended, comfortable in the fact that they couldn’t have beaten the brand of basketball the San Antonio Spurs were playing? For a team so old, this is a squad from the future. Their ageless veterans will continue to be ageless, Kawhi Leonard and Danny Green will keep getting better, and they’ve added Kyle Anderson, whose spirit animal is fellow reserve forward Boris Diaw. Again, let’s not overthink this.

Dennis Velasco: Los Angeles Clippers
Here’s a fact, the San Antonio Spurs have never won back-to-back NBA Finals. Will history repeat itself relative to this truth? Yes. Why? Because it’s my prediction and I can do what I want! The Clippers have deflated in the postseason since Chris Paul‘s arrival after playing very strong during the regular season. Blake Griffin has gotten a lot better and will make another jump in his awesomeness this season. DeAndre Jordan became a beast inside thanks to the prodding of Doc Rivers. Jamal Crawford keeps doing Jamal Crawford things and breaking ankles across this fine nation of ours. And if J.J. Redick can stay healthy from beginning to end, he’ll be a difference maker. Will this finally be the season that the Clippers follow through on all of their promise, gelling and building that strong chemistry on the court that wins championships? Book it!