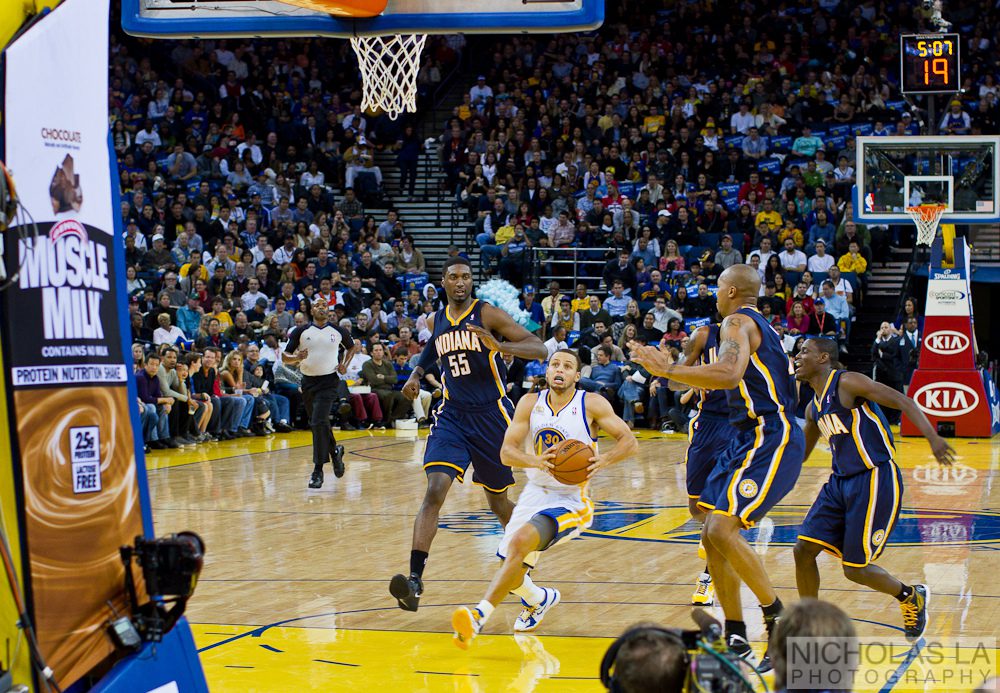 Sonny Giuliano: Stephen Curry
Alright, here’s my logic: LeBron James might be the easy choice for obvious some reasons—he’s really freaking good at basketball—and some not quite as obvious reasons—he’s not a villain anymore and he didn’t win it last year—but he’s going to be splitting votes with Kevin Love (11th in last years voting) and Kyrie Irving (an All-Star). Going further, there are a number of duos who could easily split votes or at least cost each other votes because their value comes into question. Derrick Rose and Joakim Noah. Russell Westbrook and Kevin Durant. Dwight Howard and James Harden. Damian Lillard and LaMarcus Aldridge. They are all going to get in each other’s way. At least that’s my logic.

That left me at Curry, Anthony Davis and Carmelo Anthony. Anthony is coming off one of his best all-around seasons and Phil Jackson’s influence should make a positive impact, but can an MVP really come from a 40-win team? The same argument can be made against Anthony Davis, though there is a chance that the New Orleans Pelicans could shock the West, make the playoffs, and The Brow could toss up 24 and 13 with three blocks.

The safe bet seems like Curry. He was sixth in MVP voting last year and he’s quickly emerging as one of the bright young stars in the league. Statistically he’s one of the best players in the league and he’ll be the only MVP candidate on a team likely to win 50 games.

Corey Quincy: LeBron James
The run for MVP should be tight. Kawhi Leonard is on fire in San Antonio. Westbrook will have added responsibility while Durant is out. Dwayne Wade and Chris Bosh are now leading the pack in Miami. Blake Griffin is hitting his peak. The Splash Brothers are looking fantastic at Golden State. You get the idea. We won’t know until it happens, but I’m leaning toward the one and only LeBron James for MVP in Cleveland. Why? Well, he’s the best player in the NBA and is motivated to grasp the title back home. With this added motivation, expect some good basketball at both ends of the court. We couldn’t ask anything less of James.

Bryan Brandom: Stephen Curry
This one’s pretty easy. Every other candidate has some very obvious help on his team (James has Love and Irving; Griffin and Chris Paul have each other; the San Antonio Spurs have the San Antonio Spurs), is injured (Durant), or is on a team that won’t top 46 wins (Anthony). Despite what’s been said about Klay Thompson this summer, he’s a very considerable step down from Curry, and much of his production so far in his young career can be attributed to the insane gravitational pull of his point guard.