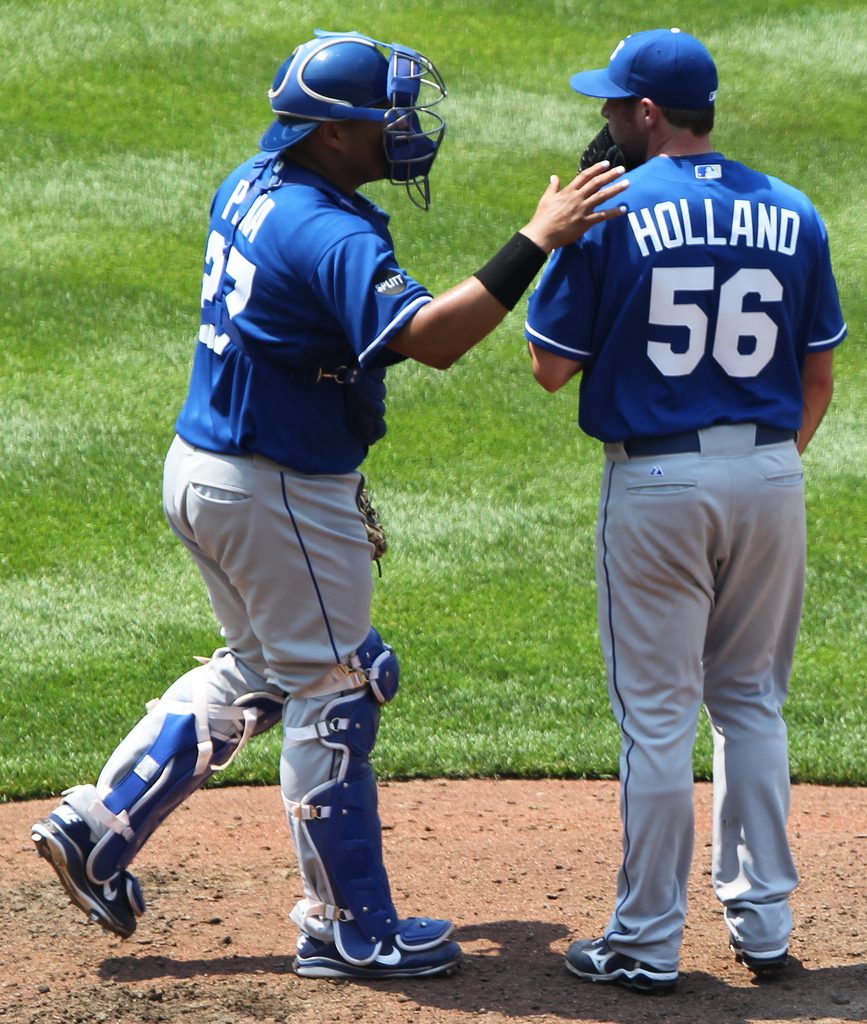 In a pivotal Game 3 of the World Series, the Kansas City Royals defeated the San Francisco Giants by a 3-2 score. It was a clean game defensively and perfectly managed by both skippers. The bullpen, however, was the biggest reason for the Royals’ win. With the result, they now have a 2-1 series lead and have a worst-case scenario of at least heading back to Kansas City.

The road team’s attack started early. Alcides Escobar hammered a Tim Hudson offering on the first pitch of the game. After his double, he eventually scored on a Lorenzo Cain ground out. From there, the game turned rather uneventful and remained 1-0 for awhile. Jeremy Guthrie shutdown the Giants’ offense as Hudson did much of the same to the Royals’ bats.

After a long stretch of offensive silence, trouble brewed for San Francisco in the sixth. Escobar singled up the middle and Alex Gordon hit a blast to deep center. The Gordon double made it 2-0 and ended Hudson’s first career World Series start. Hudson was relieved by Javier Lopez, a sidearm lefty who faced Eric Hosmer. On one of the better at-bats of the 2014 playoffs, Hosmer saw double-digit pitches and ripped an RBI single to center field. The 3-0 score deflated the usually raucous home crowd.

It was Michael Morse who made the home crowd jubilantly loud again. Brandon Crawford setup Morse with a single in the bottom of the sixth. Morse, a massive presence at the plate and incredible weapon off the bench, doubled off Guthrie and plated Crawford. With a 3-1 game and Morse standing on second with no outs, the crowd exploded.

Guthrie’s night was over after facing Morse. Kelvin Herrera, the 24-year-old hurler hailing from the Dominican Republic, entered in relief. He walked Gregor Blanco on four pitches. Joe Panik followed with a productive ground out that moved both runners. The crowd buzzed as Buster Posey stepped to the plate with two runners in scoring position and one out. On another productive ground out, Posey knocked in Morse and made the score 3-2. Herrera then found his command and retired Pablo Sandoval to end the inning.

In fairness to the Giants, its bullpen was also fantastic in this game. Sergio Romo, Jeremy Affeldt, and Santiago Casilla had strong outings. It was crucial for them to keep the game at a 3-2 deficit. But the Royals’ bullpen trio was too much to overcome, especially since a fourth member entered the mix and shut the door. Brandon Finnegan, a long-haired rookie with a tricky arm angle, replaced Herrera with one out and one on in the seventh. He retired Juan Perez quickly and struck out Brandon Crawford. With a fist pump, Finnegan’s effective night was over.

For the Giants, its best chance in this game was against Guthrie. Another opportunity arose with a fairly erratic performance by Herrera. And even Finnegan, who was sharp and assertive, is just a 21-year-old rookie, one who could’ve gotten nervous if Crawford walked instead of striking out. If Crawford didn’t bite on a fastball in the dirt, things could’ve gotten interesting. Those opportunities were the last true chances that the Giants had. Why? Because the eighth and ninth innings are owned by Wade Davis and Greg Holland, two of the five best relief pitchers in baseball.

Davis was at his sharpest in the eighth. He struck out Joaquin Arias with a pinpoint cutter on the inside corner. After Blanco’s bunt attempt failed due to an excellent play by Salvador Perez, Davis got Panik swinging on a devastating curveball in the dirt. Against Davis, the Giants didn’t sniff a hit. The same applied against Holland. On just eight pitches, Holland was able to quickly dispose of Posey, Sandoval, and Hunter Pence. He fielded two of the outs himself and notched his seventh save of the playoffs, a record-tying number.

After a statement in Game 2, the Royals made another strong statement in Game 3. They won a World Series road game against a team with one of the most electric home crowds in baseball. Behind steady defense and another dominant showing from the bullpen, Kansas City took the series advantage.

The pitching probables for Game 4 are Ryan Vogelsong for the Giants and Jason Vargas for the Royals.