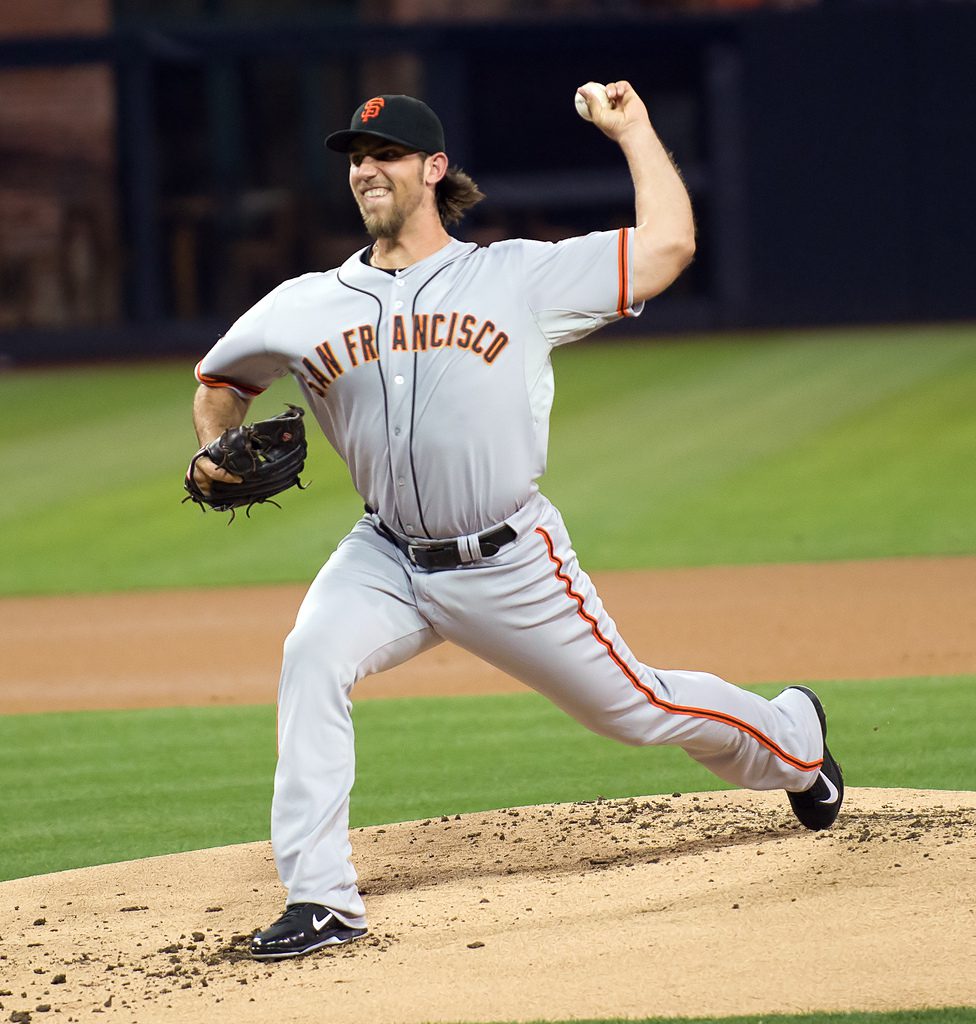 Madison Bumgarner is one of the best pitchers in the history of postseason baseball. In what was already a marvelous October for the San Francisco Giants’ lefty, Bumgarner wrote another chapter that only adds to his remarkable pedigree. In a 5-0 Giants’ win, the North Carolina native tossed a complete game shutout.

James Shields, your effort was noble. Six innings and two earned runs allowed, both of which were largely due to Alcides Escobar‘s inability to play a clean game at shortstop. Shields definitely deserved a better fate. But no one could’ve prevented Bumgarner from continuing to earn his placement as a playoff legend. Not Shields. Not the Kansas City Royals’ offense. No one.

Over the course of his four-hitter, a performance that amazingly displayed just 33 balls throughout 117 pitches, Bumgarner never allowed the Royals to even sniff a run. Three of the hits were singles. The only double was due to a foolish dive by left fielder Travis Ishikawa. Other than that, it was pure domination. Early and frequent strikes. Pinpoint fastballs and sharply breaking cutters. His curveball was used, but the straight cheese and wicked cutters were the primary pitches showcased by Bumgarner.

Believe it or not, other San Francisco players participated in this contest besides its superb lefty. The offense did its part behind an RBI groundout by Brandon Crawford in the second inning. That plated Hunter Pence, who had only reached base because of Escobar missing a play that he typically makes. A similar circumstance happened in the fourth. Instead of making a play on a grounder to end the inning, Escobar allowed an Ishikawa shot into the outfield. That extended the frame for Crawford, who dinked a run-scoring single to center.

It felt over at 2-0. That sounds unreasonable, sure, anything can happen in the playoffs. With Bumgarner though, it truly did feel over at 2-0. As he continued to pound the strike zone and retire Royals’ hitters in a seemingly effortless fashion, the crowd buzzed with a sense of the inevitable. They knew a legendary performance was unfolding before their eyes. They knew that on the left arm of Bumgarner, the Giants were going to move just one win away from a third World Series championship in five years.

In the eighth, the crowd had more reason for excitement. In an inexplicable decision that flew under the radar of the Fox announcers, Royals’ manager Ned Yost elected to put Kelvin Herrera into the eighth inning. The problem? Herrera has been a workhorse in the playoffs and is naturally erratic. He had also thrown nearly 20 pitches during a stressful seventh. Since Wade Davis didn’t pitch in Game 4 and a travel day is scheduled to follow after Game 5, why Yost didn’t give Davis a clean eighth is beyond me.

The results, which seemed to shock Yost, came in unfavorably for Kansas City. Herrera allowed a smoked liner to Pablo Sandoval. This was followed by a base hit by Hunter Pence. Out was Herrera, in was Davis. And for the first time in the series, the Giants got to the Royals’ bullpen. Sure, they did damage against the middle relievers in Game 4, but this was different. This was against two beasts, not average middle relievers. Juan Perez hit a bomb to center against Davis, a pitcher who hasn’t given up a home run all season. The ball must have been one or two feet away from leaving the yard. This plated two runners and made it 4-0. On Crawford’s third RBI of the night, he singled off Davis and scored Perez.

Just like that, the lead went from 2-0 to 5-0, and three of the runs came against two pitchers who had historic seasons. Bumgarner returned for the ninth and retired the Royals in order. 117 pitches, no runs, and another dazzling display of pitching prowess. With a 3-2 series lead for the Giants, both teams will travel to Kansas City for Game 6. The pitching probables are Yordano Ventura for the Royals and Jake Peavy for the Giants.