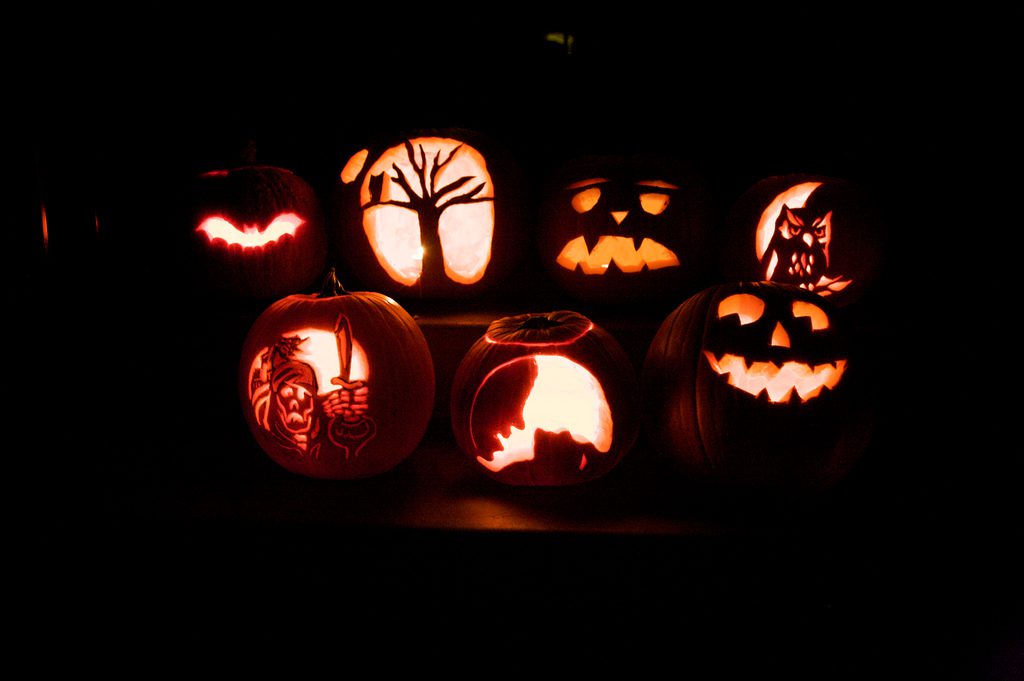 Happy Halloween! In honor of the holiday, some members of the Baller Mind Frame staff got into the spirit and delved into the scary side of the NBA. We picked five horror sub-genres and matched them with the squads that fit the themes best. Here’s an NBA companion to the horror movies you’re going to watch today.

ZOMBIE (Team that’s back from the dead. Mmm, BRAAAIIINNS!)

Steven Covella: The Chicago Bulls may not have been dead last year—they had some fight in them—but they had a fatal injury. Without a healthy Derrick Rose, the Washington Wizards put the injury-bitten team out of its misery. But this season, Rose is back from the dead, looking as quick as ever, and the Bulls are hungry for brains; wins and a title, too. But would it really surprise you if Joakim Noah ripped someone’s head off and started chowing down on their brain? Whoever plays the Bulls in the playoffs will be fighting for their lives, like a group of panicky survivors holed up somewhere, as Rose and Noah lead a pack of relentless zombies that keep throwing themselves at you.

John Anderson: Minnesota Timberwolves. With Andrew Wiggins and an influx of underutilized talent from the Cleveland Cavaliers, the Wolves are going to howl again this year.

Brian Sprowl: New Orleans Pelicans. Anthony Davis is primed for a big season (including a 26-17-9 in his first game). As long as this team can stay healthy, they will be competitive for a playoff spot in the Western Conference.

Rich Peters: Charlotte Hornets. The new (old) name will bring a new, positive energy to the Michael Jordan-led franchise. The addition of Lance Stephenson gives them some unpredictability, so what better team to attempt to predict?

TORTURE (Gruesome and gory, but you can’t look away)

SC: It’s only been two games, but Los Angeles Lakers fans have already grimaced so much their faces may be stuck that way. Big-name rookie Julius Randle went down Tuesday with a broken tibia, in what was the first cruel twist of fate.

Kobe Bryant’s kind of like Jigsaw, of Saw fame, this season. The old man running the show, bound to inflict immeasurable amounts of psychological pain on teammates unfortunate enough to be playing his game. And, after going down to serious injuries the last two seasons, he might be on his death bed. But rest assured Bryant will take others down with him, in an attempt to test their character, of course. Nonetheless, Lakers fans will be watching this season in helpless distress, with the constant urge to cover their faces or look away.

JA: Oklahoma City Thunder. With Kevin Durant already sitting out, the team is going to have to lean heavily on Russell Westbrook. If the team shuttered after the loss of Serge Ibaka, then the loss of Durant might make watching this team like one of those Saw movies.

BS: Brooklyn Nets.I could have easily given this one to the Pelicans too, but so far they’re healthy, so the Nets fall under this category. Brook Lopez already missed the first game of the season with, you guessed it, a foot injury. Without their skilled big man, this team is going to struggle on a nightly basis. Deron Williams has also had issues with staying healthy due to ankle issues. A Joe Johnson/Kevin Garnett-led team would have been good in 2004, but not 2014.

RP: Los Angeles Lakers. We already saw glimpses of the future on opening night with the loss of rookie Julius Randle. Add that to the end of Steve Nash‘s career and the ever-so-quickly deteriorating Kobe Bryant, and things are looking mighty bleak in La La Land.

SC: LeBron James is Godzilla. He’s a huge, overpowering force of nature, possibly created by radiation. (How else can you explain the things he does?) When he decided to go back to the Cleveland Cavaliers, who eventually added Kevin Love to the mix, he basically traded up for some new and improved kaiju teammates. Regardless of what the rest of the team has done before, the Cavs are a collective monster, and the team to beat in the NBA. They’re going to go city to city, leaving a path of destruction in their wake. Who, if anyone, will be the team to slay them?

JA: Cleveland Cavaliers. By assembling another “Big Three,” LeBron James has put a seriously large target on his back for all other teams to take aim at. Grab your pitchforks, boys, we’re going to take down this three-headed monster with perimeter shooting and quick ball movement.

BS: Cleveland Cavaliers. After ESPN and TNT basically threw an all-day party for the return of LeBron James, teams will be eager to knock this team off its perch (the Knicks pulled off the early upset of the season by beating them in Cleveland on their opening night). LeBron and the Big Three in Miami had a celebration before they played a game together. Cleveland basically did the same thing on the day of the Cavaliers’ first game with the new look team. Teams won’t like another LeBron coronation, even it is was for sentimental reasons.

RP: Cleveland Cavaliers. Of course everyone will be gunning for the Cavs, they have LeBron James! While they won’t be as hated as the Heatles were, they still won’t have any friends.

SLASHER (Team that’s going to make a run, like a teen trying to outrun that guy with a big knife)

SC: The Golden State Warriors have the kind of team that will allow them to go on a run when they need to. Stephen Curry’s jumper can really light a fire under a team’s ass and get it out of a sticky situation. Golden State will ride Curry and Klay Thompson’s shooting to a lot of wins this season, and are likely to rattle off some decent runs along the way, especially if they feel the pressure from having the Slash Brothers breathing down their necks.

JA: Toronto Raptors. You never suspect the quiet neighbor next door. The guy who goes about his business and never bothers anyone. The Raptors won the Atlantic Division last year and no one took them seriously then. A year later and a year better, this young team could surprise some teams. Surprise them with a knife in the back!

BS: Chicago Bulls. Does this team have any weaknesses? Great defensively. More weapons on offense. A lot of depth. The only question mark with this team will be the health of Derrick Rose. As long as he stays healthy, they’ll go on a few six- or eight-game win streaks throughout the season.

RP: Los Angeles Clippers. Now that Doc Rivers has instilled his championship pedigree and that old racist Donald Sterling is gone, there is no reason the Clippers can’t rattle off a few long wining streaks over the course of the season. But do they have enough to win it all? I have my doubts.

SC: It’s no secret or revelation that the league is progressively moving out of the paint, toward the perimeter. The 2014-15 Phoenix Suns, though, are like some lab experiment that got loose, and they’re going to test the limits of the guard-oriented NBA. While playing hardball with Eric Bledsoe, they signed Isaiah Thomas—a lightning quick guard who put up 20 points a night last season—to pair with Goran Dragic. Then they re-signed Bledsoe. The Slash Brothers added an adopted sibling to their ranks, and it’s going to be fun, if not scary, to watch. The craziest most awesome part about it is that Jeff Hornacek could throw out all three of them at the same time.

Bledsoe and Thomas are two of the fastest guys in the league and can both put up points, Dragic played at an All-Star level last year, and they’re all shorter than 6’5”. Add in the stretch bigs Phoenix has, and the Suns are small ball at a level the NBA has never seen before. The league is getting smaller, faster, and more athletic, and the Suns are that on steroids.

JA: Detroit Pistons. The NBA is struggling for fans (just like the Pistons). The NBA has a few talented teams and the rest of the them are devoid of talent (the Pistons have one good player). The NBA could really really use a hero (so could the Pistons). The big bad sport (NFL) is going to come and crush the NBA for ratings with their Thursday night and Monday night games, not to mention its total domination of Sunday (the Pistons are going to be dominated period). The outlook is bleak, please remember to run outside rather than up the stairs.

BS: Cavaliers (again). Big Three, shooting big man, score-first point guard. This is where the league is headed. The only difference between this team and other teams with this formula is that only Cleveland has the best player in the world.